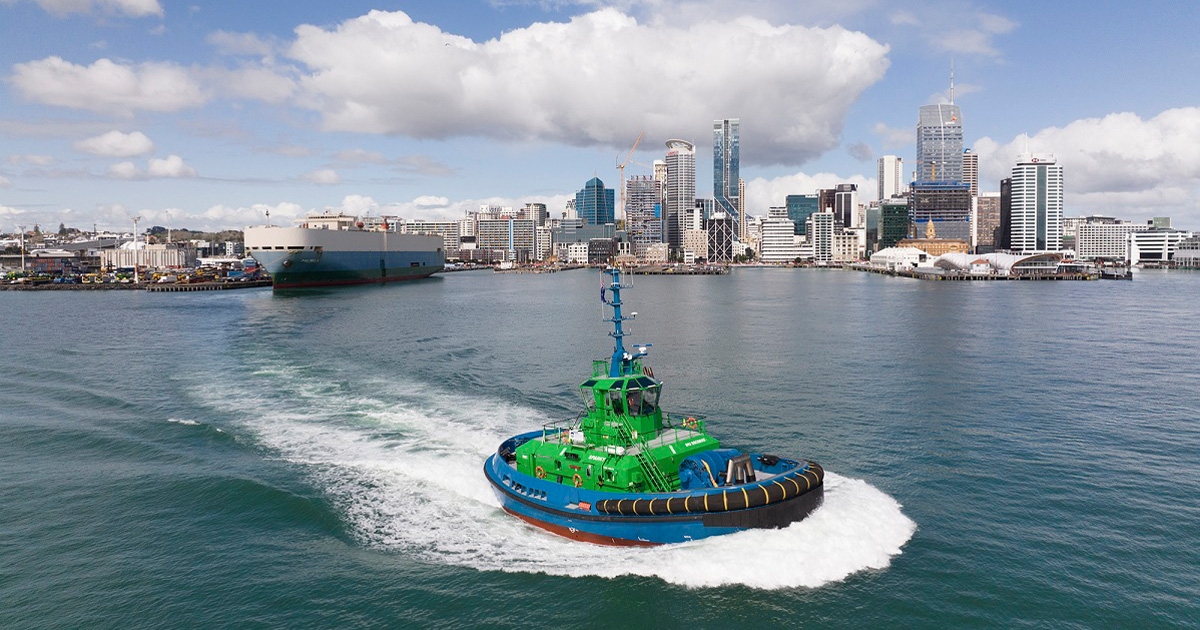 Damen’s first, all-electric, 70 tonne bollard-pull harbor tug, which was delivered to New Zealand’s Ports of Auckland earlier this year, has won the prestigious ‘Tug of the Year’ at the 2022 International Tug and Salvage Awards ceremony, held last night in Istanbul. 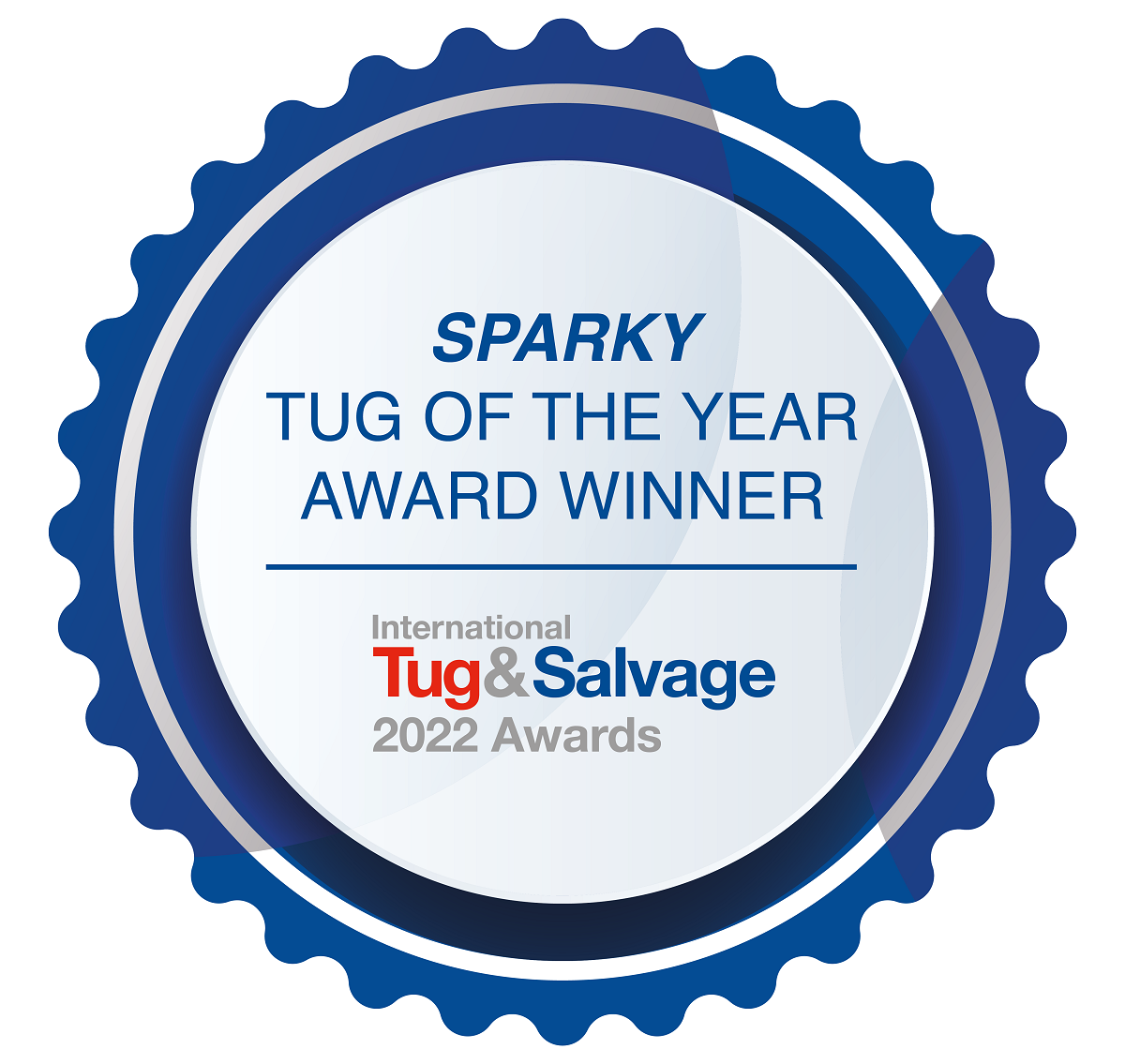 Sparky is Damen’s first tug to be fully electric and can undertake two or more assignments before being recharged, which takes just two hours.

“We are delighted that this revolutionary vessel has received recognition this way,” says Damen’s Michiel Hendrikx, Area Director Asia Pacific. “Our thanks go out not only to all for voted for it, but particularly to Ports of Auckland. It was their confidence in us and their cooperation over the past six years that has made Sparky such a success. Together we have created a vessel that we hope will be the first of many which will make significant contributions to reducing emissions in ports and harbours.” 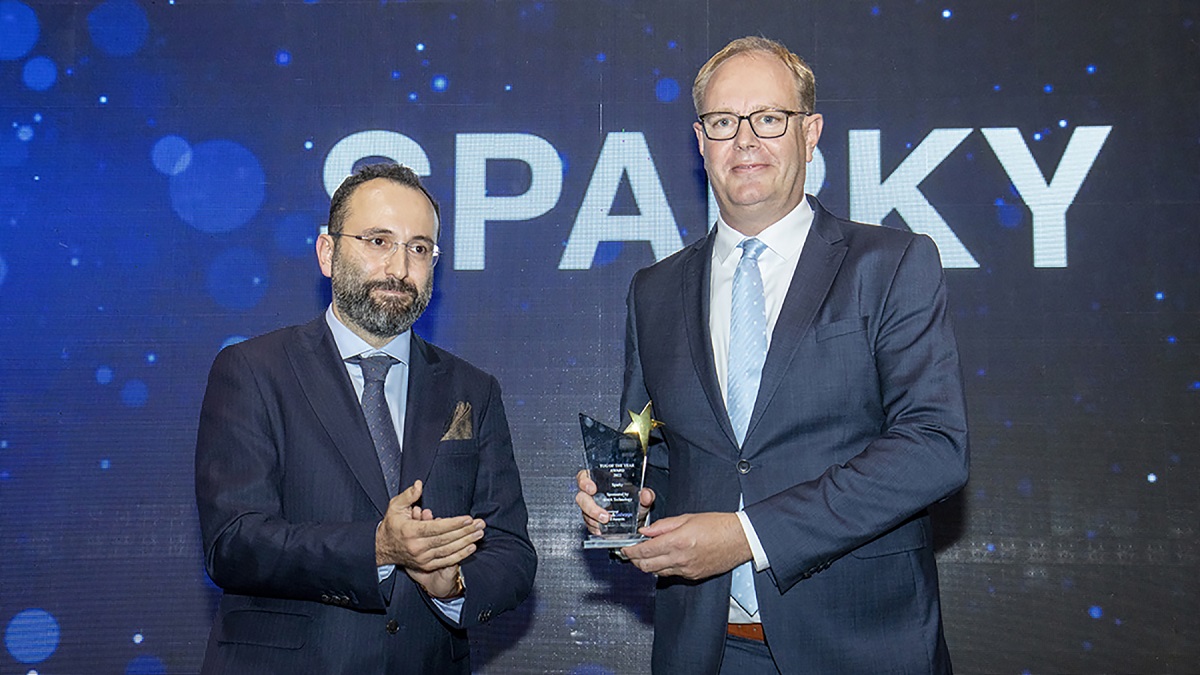 It was that cooperation and attention to detail that ensured that every aspect of the compact RSD-E Tug 2513’s design and engineering is optimised for efficiency and sustainability. Eight battery packs installed in two insulated, temperature-controlled battery rooms, one on each side of the vessel, not only makes the best use of the space available, it also has the added benefit of delivering maximum redundancy. With the lifetime of the battery system in this application estimated to be approximately 30,000 cycles, it is the same as the estimated working life of the vessel.

Sparky is highly innovative in other ways. The advanced RSD design together with the high degree of automation make it exceptionally efficient. The quality of the human machine interface and the Praxis centralized alarm, monitoring and control system, which is connected to the Damen Triton remote monitoring system, ensure maximum efficiency and safety. The RSD-E Tug 2513 is also designed for the lowest total cost of ownership over its lifetime. In the right circumstances, the total cost of ownership will be equal to or lower than that of a diesel-powered RSD Tug 2513.