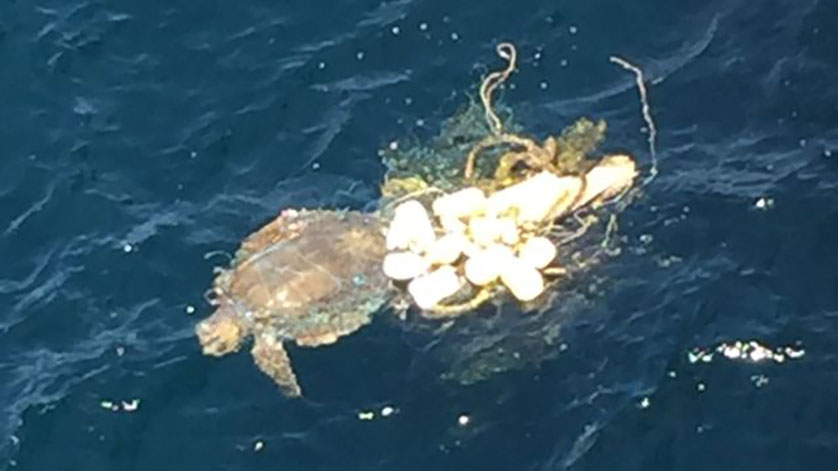 On March 29, the Crowley Maritime Corp. crew aboard the company-managed USNS Invincible demonstrated their commitment to environmental stewardship by saving a distressed sea turtle, which had become entangled in nets and fishing lines in offshore waters near Southwest Asia. 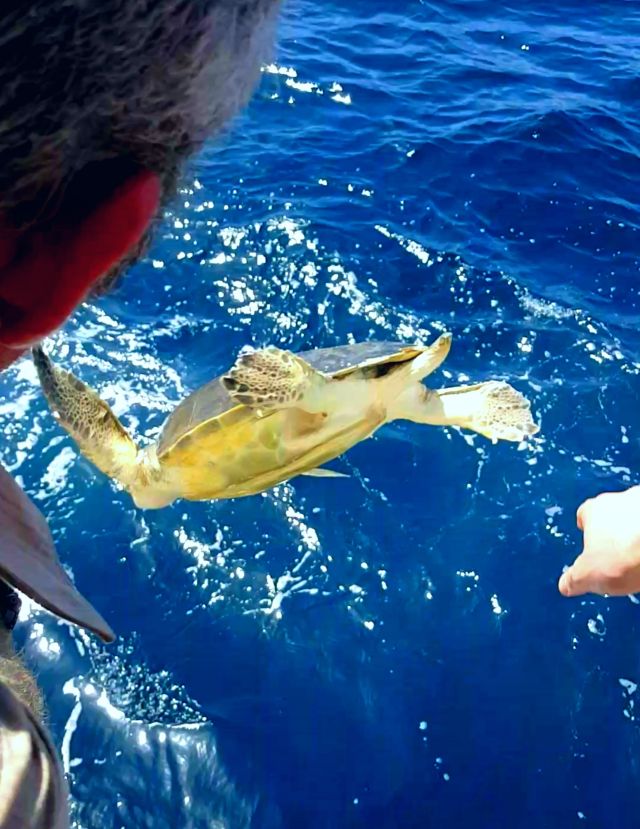 The at-sea rescue, which the crew dubbed “Turtle Ops,” was performed when the crew had no pending operations, and could be executed safely and efficiently.

To aid the entangled turtle, the crew used the USNS Invincible’s bow thruster to maneuver the ship into position to bring the sea creature alongside and onboard. The Crowley crew, along with U.S. military personnel onboard, then cut away the nets and fishing lines, and released the turtle back into the ocean.

There’s a well-known unwritten maritime law that a sailor should always help another seafarer in need on the high seas and, for Crowley, that mentality extends to all forms of ocean life,” said Crowley’s Ira Douglas, director, marine personnel. “Rescuing a life, even a turtle’s, gave us the opportunity to practice our Man Overboard drill and demonstrate outstanding character, as well as our commitment to being good stewards of the marine environment.”

The USNS Invincible is part of the T-AGOS/T-AGM fleet and is operated for Military Sealift Command by Crowley's government services group. The ship is manned in all licensed positions by American Maritime Officers (AMO) and unlicensed positions by Seafarers International Union (SIU).

Commitment to Emerging Technology with i

BOEM and ASEA Sign Letter of Intent to S

Environmental Impact of Basslink Cable i

TWMA Recognized for Commitment to Resear

BOEM to Conduct Environmental Review Off

Floating Frontiers: Offshore Wind in the

OceanWise and Valeport to Supply Environ

Coretrax Enviroplug Plunges the Cost of

L3Harris Demonstrate ASV Technology in a