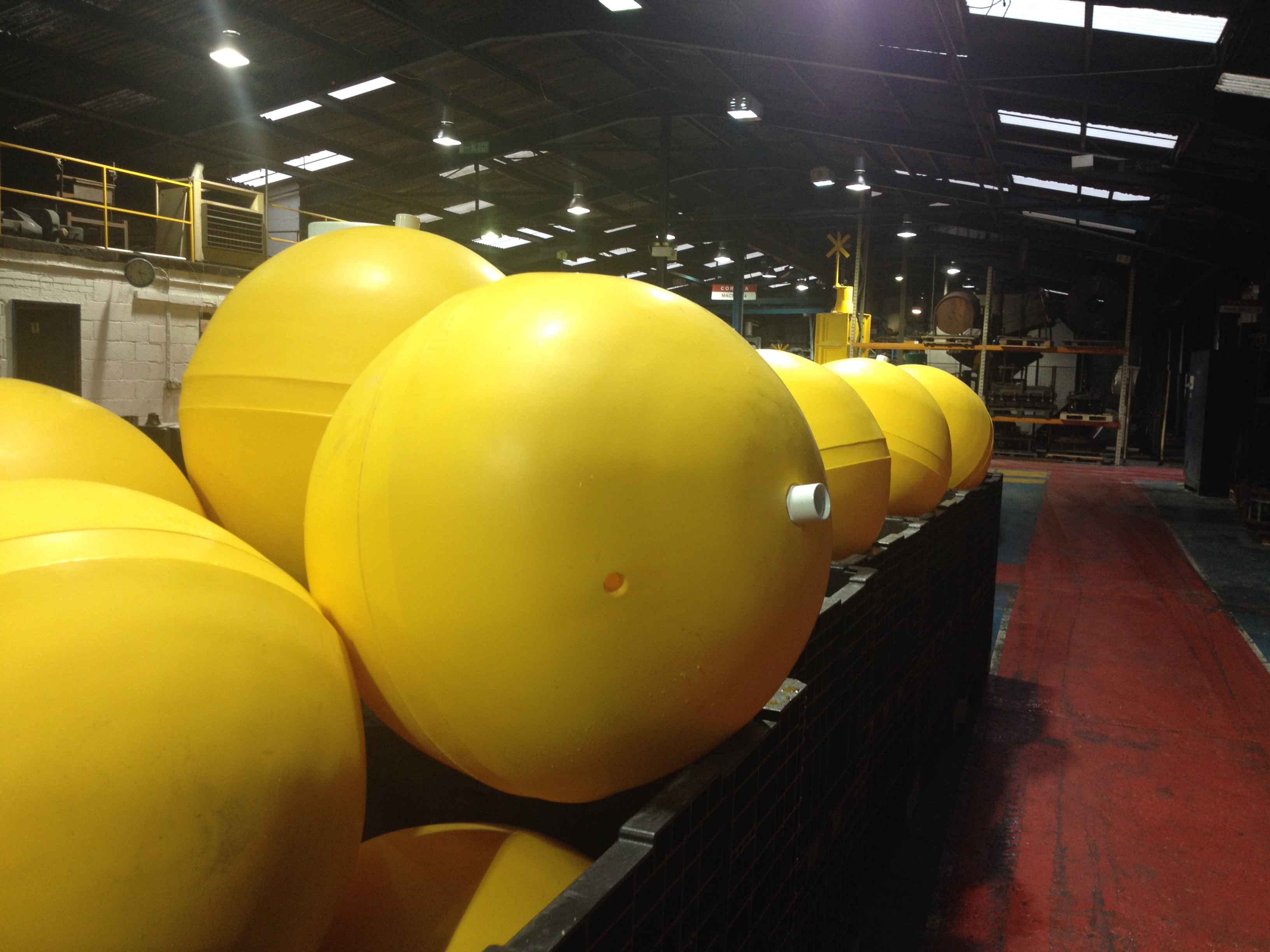 The contract was won via a tender process through a third-party agent acting for the Research Institute. Although the procedure was drawn out over a long period of time – two years in total - when the order was eventually placed with Corilla, the 600 buoys had to be delivered within 16 weeks.

The buoys were urgently needed for conservation purposes. All 600 will be deployed on coastal coral reefs which, because of their popularity with tourists and divers, were being severely and irreparably damaged by boats weighing anchor on to the actual coral. Rather than boats using anchors, the buoys now provide alternative tie-up moorings, saving the precious coral from further damage.

To produce the buoys to the required exacting specification, Corilla had to create new designs using CAD software and then commission new tooling for two designs - one at 18” diameter and one at 30”. The requirement was for 300 of each size. Considerable research went into sourcing the right tool maker for the job and the contract was eventually awarded to a specialist company based in Doncaster.

In addition to manufacturing and supplying the buoys, Corilla also sourced all necessary ancillary products – in particular, the mooring ropes with a crucial specification that would limit any potential damage to the reef.

To successfully deploy the buoys, divers were sent down to drill into the coral and cement in permanent anchors on to which the mooring buoys were attached – a particularly complicated job which required the use of a compressor to pump the cement down to the reef.

Administratively, Corilla hit another problem. The additional complication came about because the Kenyan government has recently introduced new legislation requiring all imports to be certified by an independent body as a measure to combat illegal trades and corruption. However, there are only two such bodies in the country, and neither has vast experience in marine products. All imports require a full chain of authenticity for every element and stage of the production process. So the timing became even tighter.

In terms of shipping, a specific loading manifest and design was produced to ensure the buoys could fit into the minimum number of containers, thus reducing costs and the environmental impact of the order.

However, all requirements were successfully met by Corilla, the 600 buoys were delivered within the tight time schedule, and the buoys are now serving their ultimate and vital role of protecting the fragile coral reefs of Kenya.