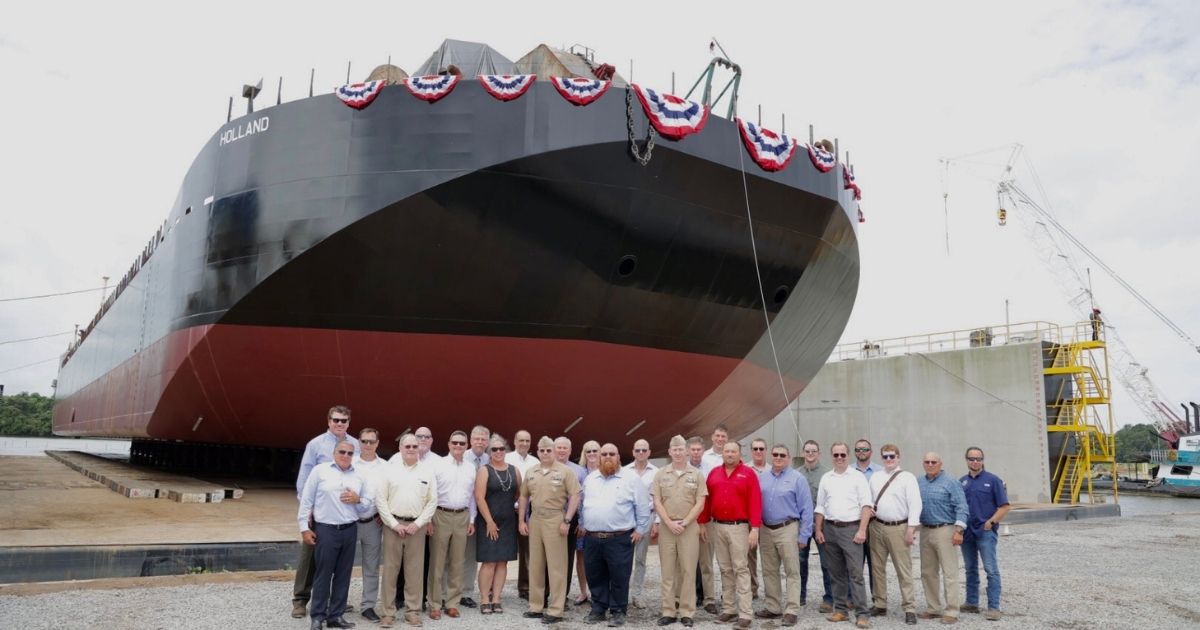 “Bollinger Shipyards is pleased to partner with General Dynamics Electric Boat to help meet the expanding needs of the United States’ Navy,” said Bollinger President & C.E.O. Ben Bordelon. “We believe that in order to build 21st century American vessels, it requires 21st century American tools and equipment manufactured right here in the United States. The Bollinger management team and our skilled workforce are proud and look forward to continue supporting the efforts to modernize our Nation’s fleet.”

“The men and women of Electric Boat are proud of our long history in providing the world’s finest submarines to our Navy and our Nation,” said Kevin Graney, President, General Dynamics Electric Boat. “The Holland will play an integral role in our mission to design and deliver the Columbia class, the nation’s top strategic defense priority. It embodies the spirit of submarine designer John Holland, whose innovation, determination and commitment to excellence laid the foundation for modern submarine construction. We are thankful for the hard work and dedication of our fellow American shipbuilders at Bollinger that made today, and the continuing defense of our nation possible.”

In November 2019, General Dynamics Electric Boat selected Bollinger to construct the Holland, a 400ft x 100ft Ocean Transport Barge. The concept and contract design were performed by the Bristol Harbor Group in Rhode Island, while Bollinger performed the detail design engineering at its Lockport, LA facility and construction at the Bollinger Marine Fabrication facility in Amelia, LA.