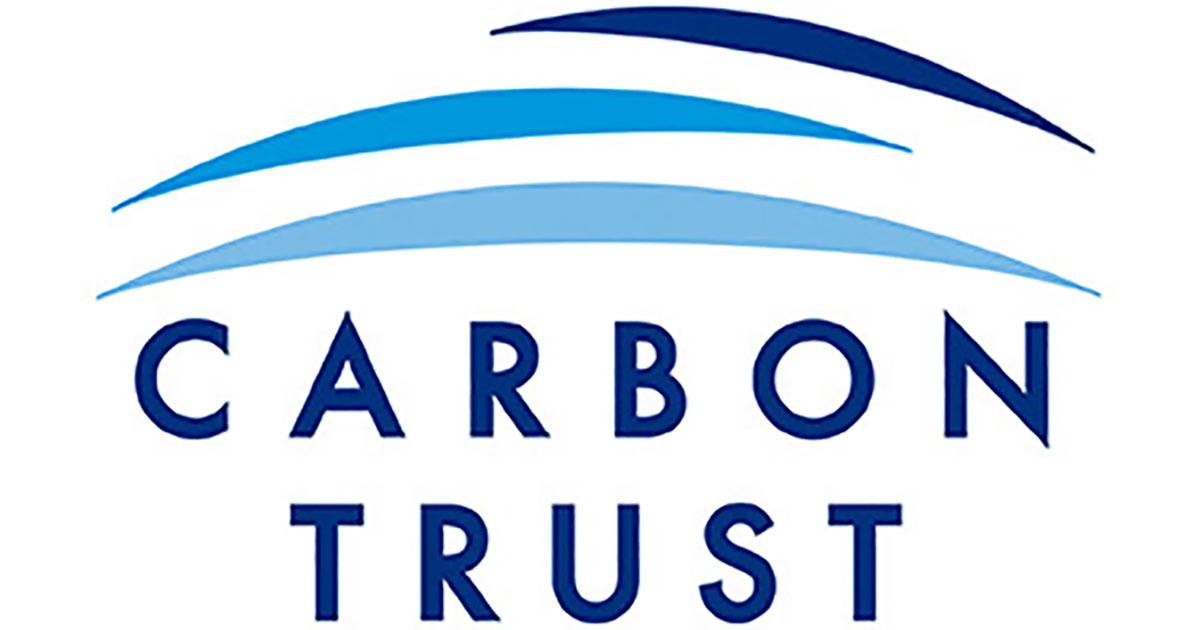 The Carbon Trust’s Offshore Wind Accelerator (OWA) has announced four winners of a competition designed to accelerate the development of technologies that will enable a reduction in emissions and fuel consumption for Crew Transfer Vessels (CTVs) used to operate and maintain offshore wind farms.

Submissions were received from a range of single applicants and partnerships, representing a wide range of technologies and alternative fuel sources. The winners are: Chartwell Marine and Seaspeed Marine Consulting, CWind, Robert Allan Limited, and Windcat Workboats and CMB Technologies. Each of them will receive advice from the OWA partners to support the commercialization of their technologies, in addition to a share of £300,000 in funding.

The selected technology concepts demonstrate the potential to reduce fuel consumption and emissions compared to conventional CTVs. They span a range of technology readiness levels: from desktop studies, through to prototype vessel construction.

The winning applications are:

A desktop study into the development of a 15 meter hybrid diesel/electric outboard CTV. The concept combines a high freeboard hull with two diesel and two electric outboard engines, which have not previously been used on CTVs. The design proposes to operate in up to 1.5 meter significant wave heights and transit speeds of 20 to 25 knots.

Supporting technology development for the construction of a prototype hybrid diesel/electric Surface Effect Ship (SES) CTV. The design combines a hybrid diesel/electric drivetrain with proven SES technology (provided by the Norwegian design house, ESNA). This 22 meter vessel will be able to carry 24 passengers at a transit speed of nearly 40 knots in significant wave heights in excess of 1.5 meters. 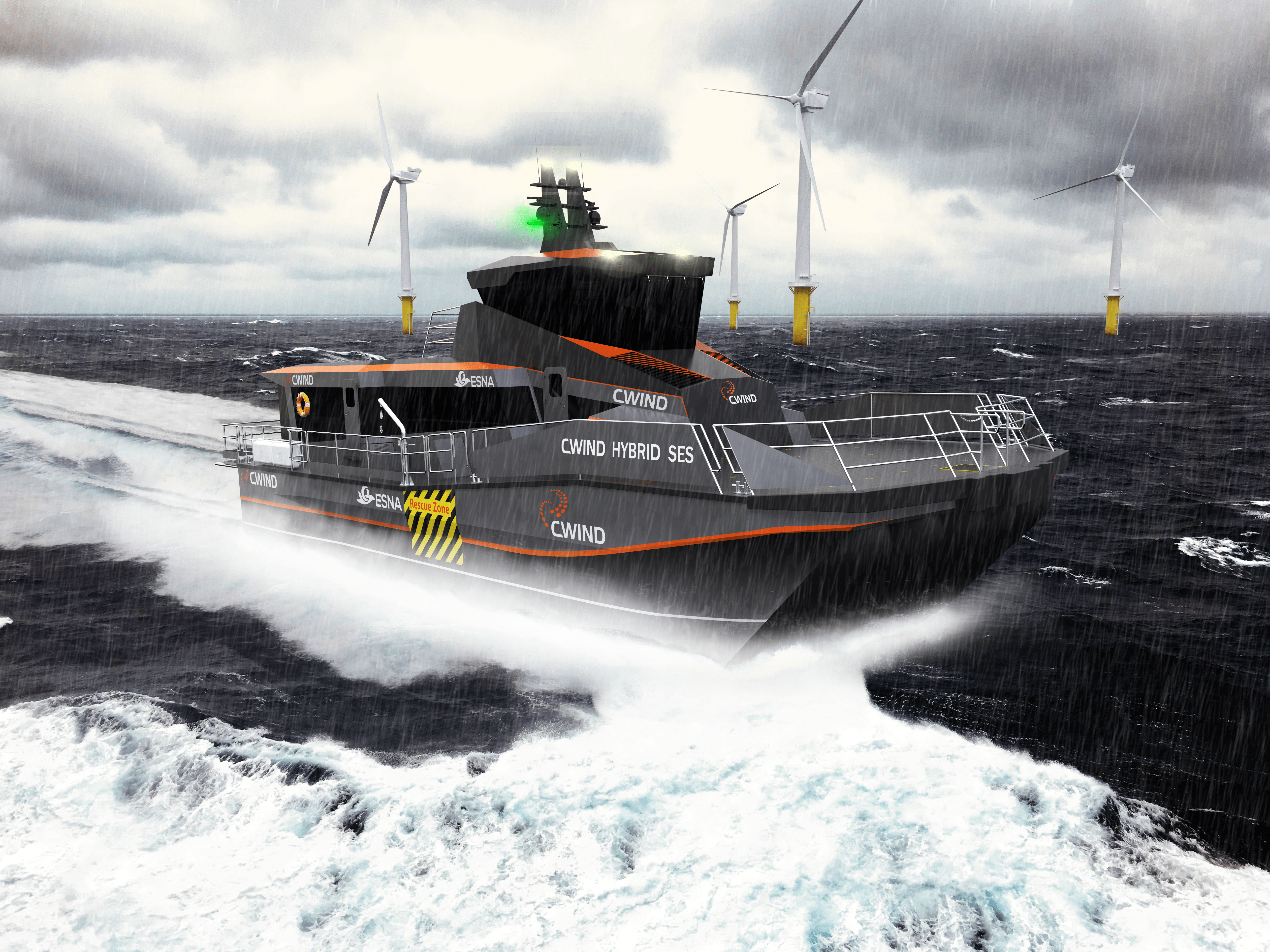 A desktop study for a methanol/electric hybrid CTV. This concept takes advantage of the high volumetric energy density and stable liquid properties of methanol, in combination with a hybrid battery propulsion system. The study will look at the feasibility of applying this novel fuel type to a 21 meter CTV, capable of 20 knot transit speeds, in addition to boost and electric only operational modes. 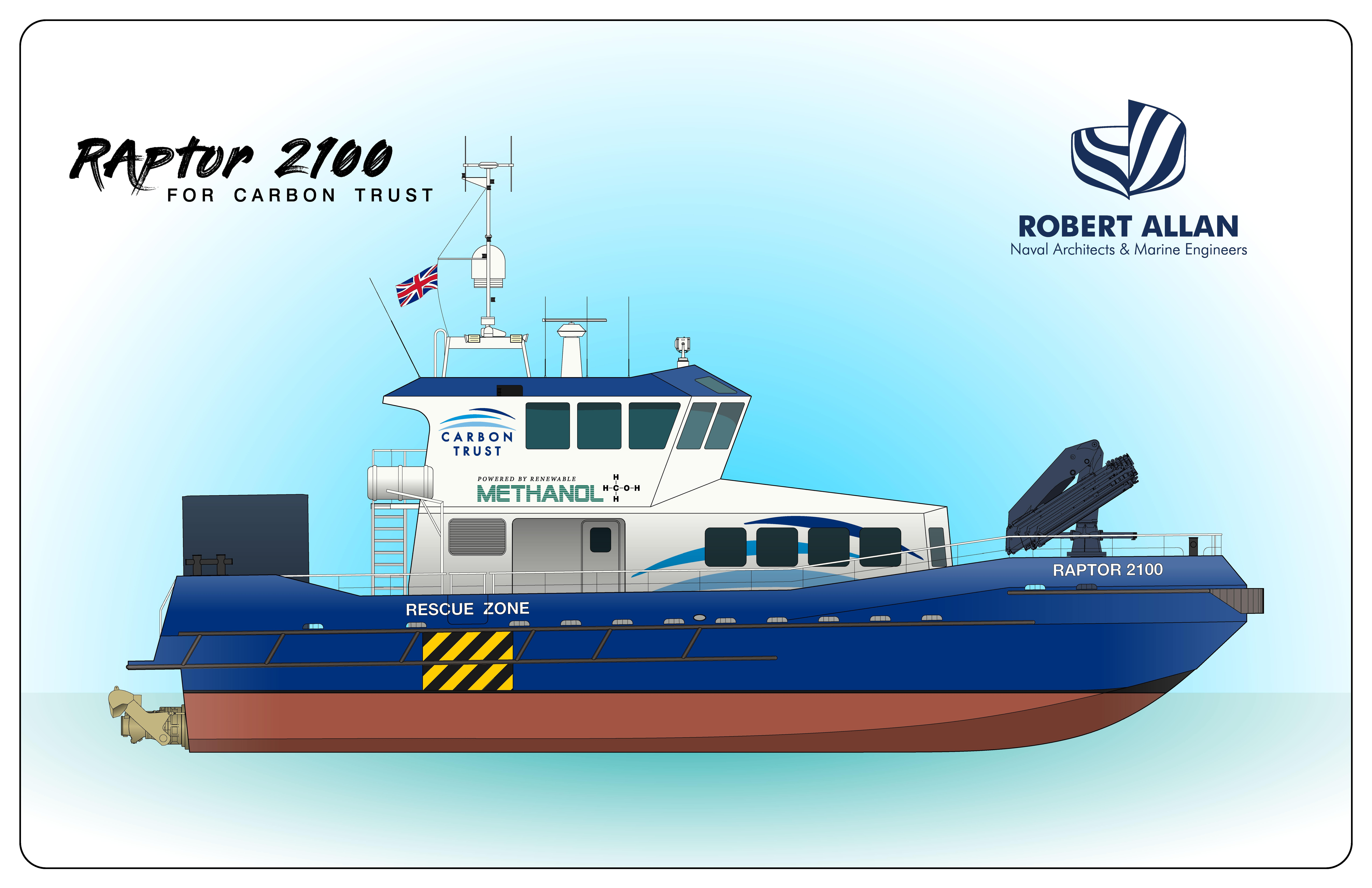 Supporting the development of a prototype hydrogen powered CTV which utilizes hydrogen-diesel co-combustion. The ‘Hydrocat 1’, based on the highly efficient Windcat MK3.5 platform, will be capable of using a majority of green hydrogen as fuel, delivering emission savings without compromising vessel performance.

The competition is being delivered by the Carbon Trust, with support from Black & Veatch, on behalf of the nine OWA industry partners: EnBW, Equinor, innogy, Ørsted, RWE Renewables, ScottishPower Renewables,Shell, SSE, and Vattenfall. The work is expected to conclude at the end of 2020. 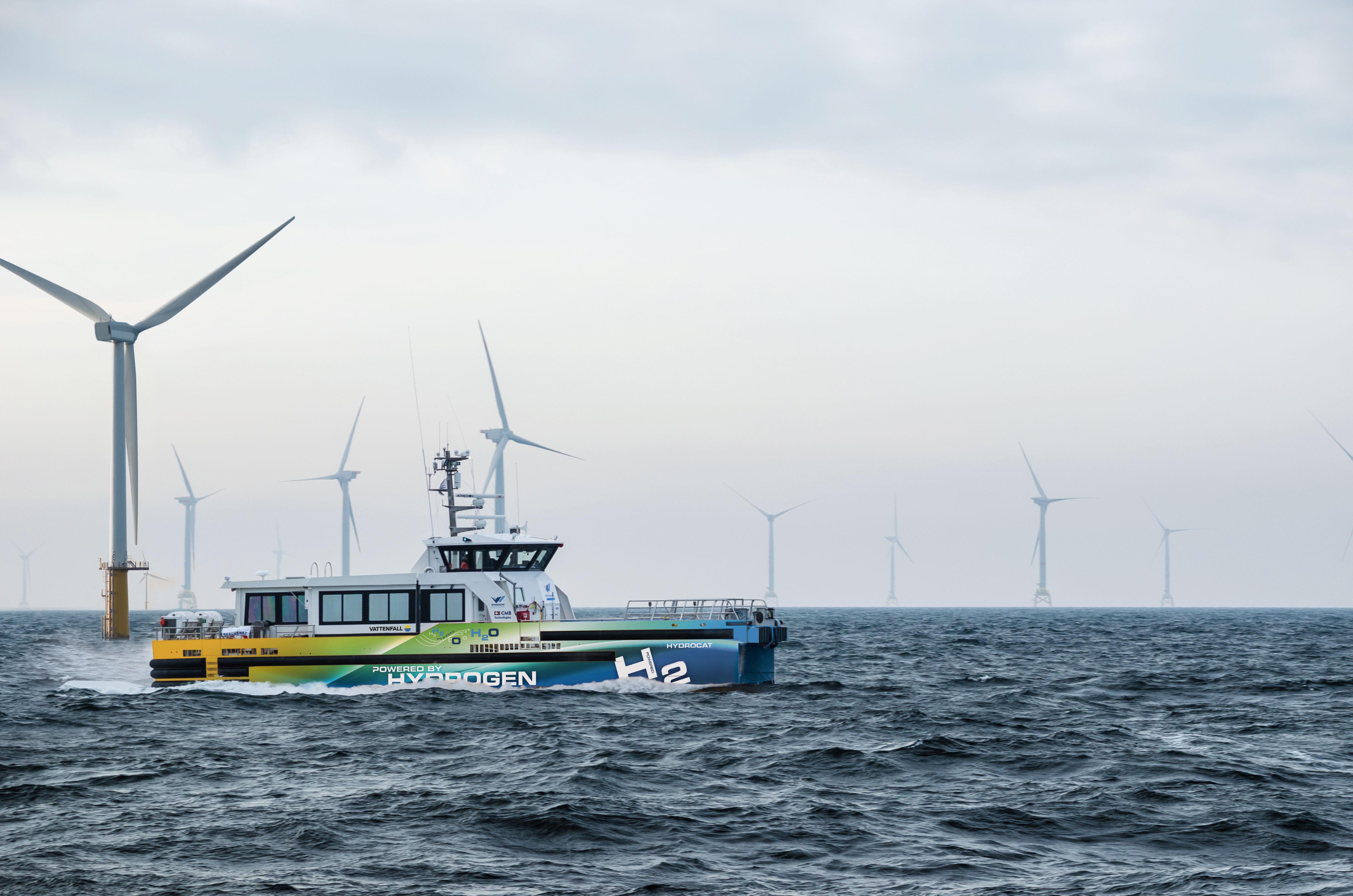 “We are pleased to announce the four winners from this competition, and to support the commercialization of new and exciting technologies to reduce vessel emissions and fuel consumption. This competition demonstrates the commitment of the offshore wind industry to lowering the environmental impacts of its supply chain and we are looking forward to collaborating with the four winners to progress these innovative ideas.”