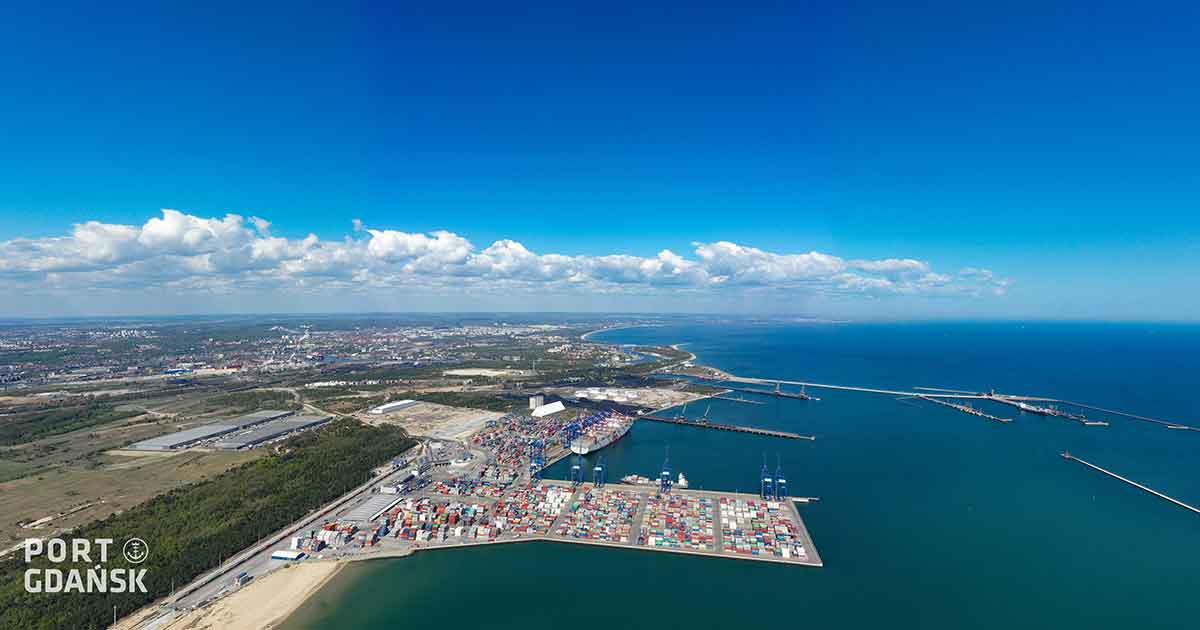 Europe’s fastest growing port, the Port of Gdansk, has outlined huge expansion plans designed to double its cargo volumes to 100m tonnes a year, during a high-level maritime and business delegation from Poland to Singapore.

The delegation marks 50-years of diplomatic ties between the countries and is being organized with PSA International, the Singapore based global ports group. In May this year PSA International formally acquired DCT Gdansk, the largest container terminal in Poland, in partnership with the Polish Development Fund and the IFM Global Infrastructure Fund. 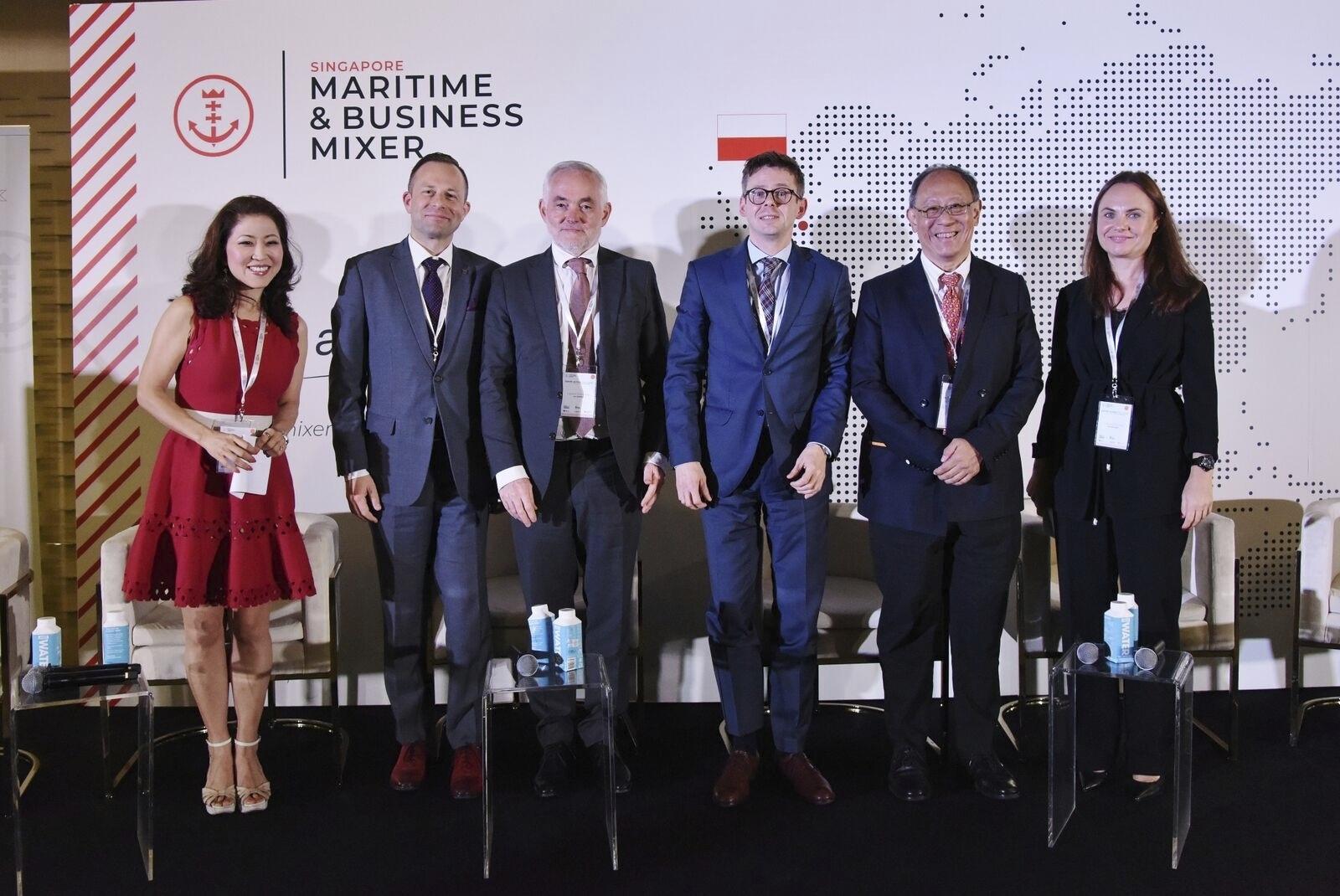 The delegation aims to supercharge investment and business exchange between Poland and Singapore as two of world’s best performing economies. A full day of seminars and presentations took place at the Singapore Hyatt on October 29 under the banner ‘Singapore Maritime and Business Mixer’ featuring presentations from the Polish and Singaporean Governments and a wide range of Polish businesses spanning the maritime, oil, aviation, mining and tech sectors.

DCT Gdansk deputy CEO Laurent Spiessens told the audience that PSA International, as the largest terminal operator in the world by equity weighted TEU, has major ambitions for Poland, positioning Gdansk as the ‘gateway to the Baltic’.

“Gdansk’s unique location makes it the ideal gateway port to Central Eastern Europe and transhipment hub for the Baltic,” he said. “This is why it is the fastest growing port in Europe.

Gdansk has the best hinterland connections into central and eastern Europe reaching 120million people. We are determined to drive growth further and we have already invested in new cranes and infrastructure that has helped increase TEU capacity from 2.2million (m) in 2018 to an estimated 2.8m in 2019. We can continue to grow and increase this capacity to 3m TEU by 2020 and eventually 7m TEU. Key to this will be our €20m investment in the rail network and equipment including increasing the port’s railway tracks from four to seven. This investment combined with improvements to cross-border rail and road networks into countries like the Czech Republic, Slovakia, Hungary, Belarus and Ukraine means Gdansk has huge potential to grow.” 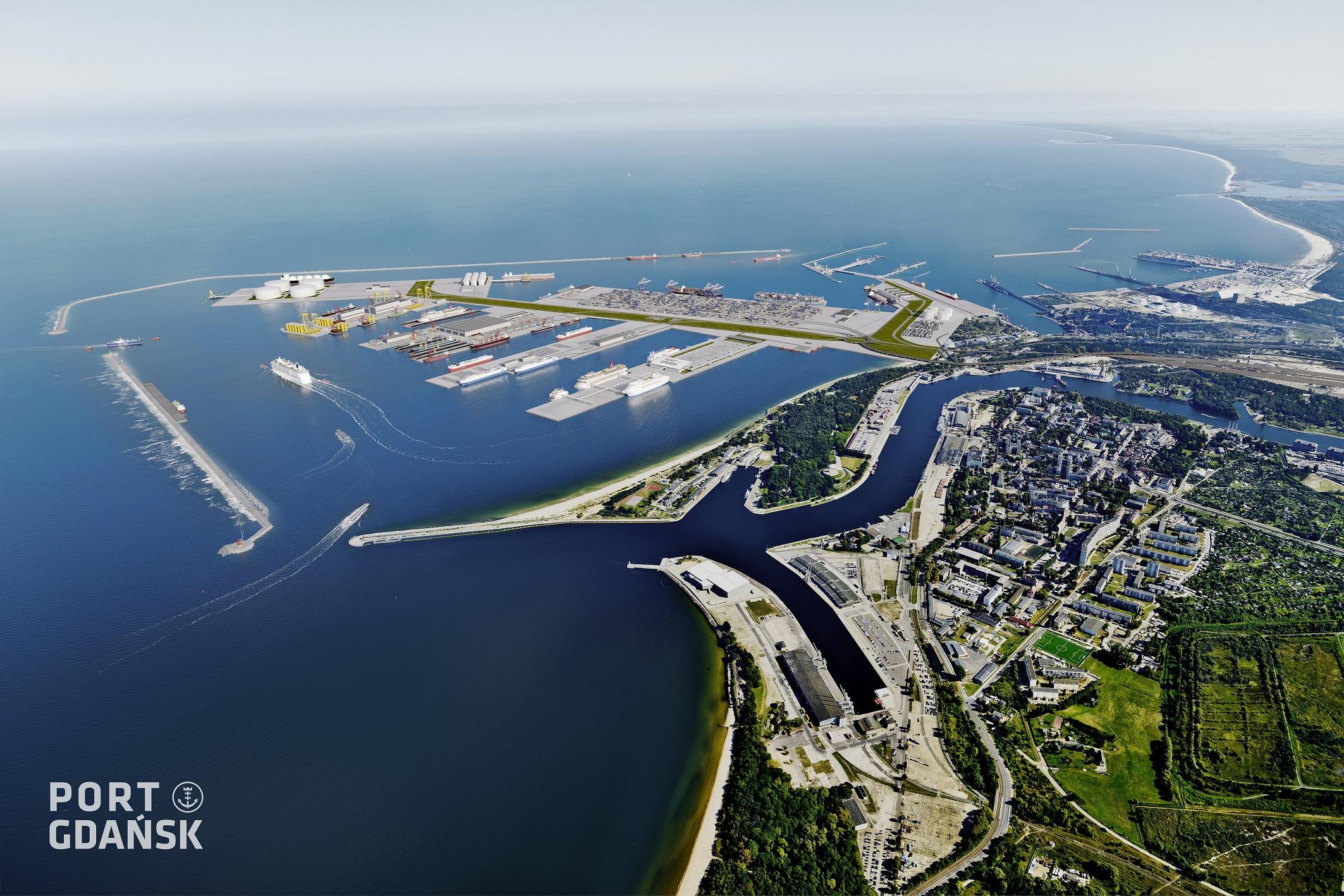 “The Port of Gdansk grew by 20pc in 2018 and 9pc already this year and we are on target to exceed 50m tonnes of cargo for the first time, up from 40m in 2017,” he said. “But our ultimate ambition is to grow cargo to 100m tonnes. Critical to that is our current infrastructure investment program of €591m and our plans for the new Central Port. This is a truly great business and commercial opportunity for Singapore and Asian investors. This is tangible, it has the support of the Polish Government and the whole maritime industry in Poland. The funding can be flexible split between public and private finance and the development itself can be flexible depending on port requirements.”

Mr. Osowski said the proposals for the Central Port include building 19 km of operational quays, 8.5 km of breakwaters and the building of nine terminals, four turning areas and three approach fairways. He said the terminals could be used for containers, passengers, offshore operations, LNG operations and shipbuilding.

Elsewhere, the Port of Gdansk CFO Slawomir Michalewski discussed ramping up bunkering operations at the port to save ships time travelling to Kaliningrad for fuel. He further championed Gdansk as the only port on the Baltic capable of receiving the biggest container vessels in the world from Asia. He said a big element to the future growth of the port would be plans to regenerate Poland’s inland waterways network to accommodate more freight including the famous Vistula River. 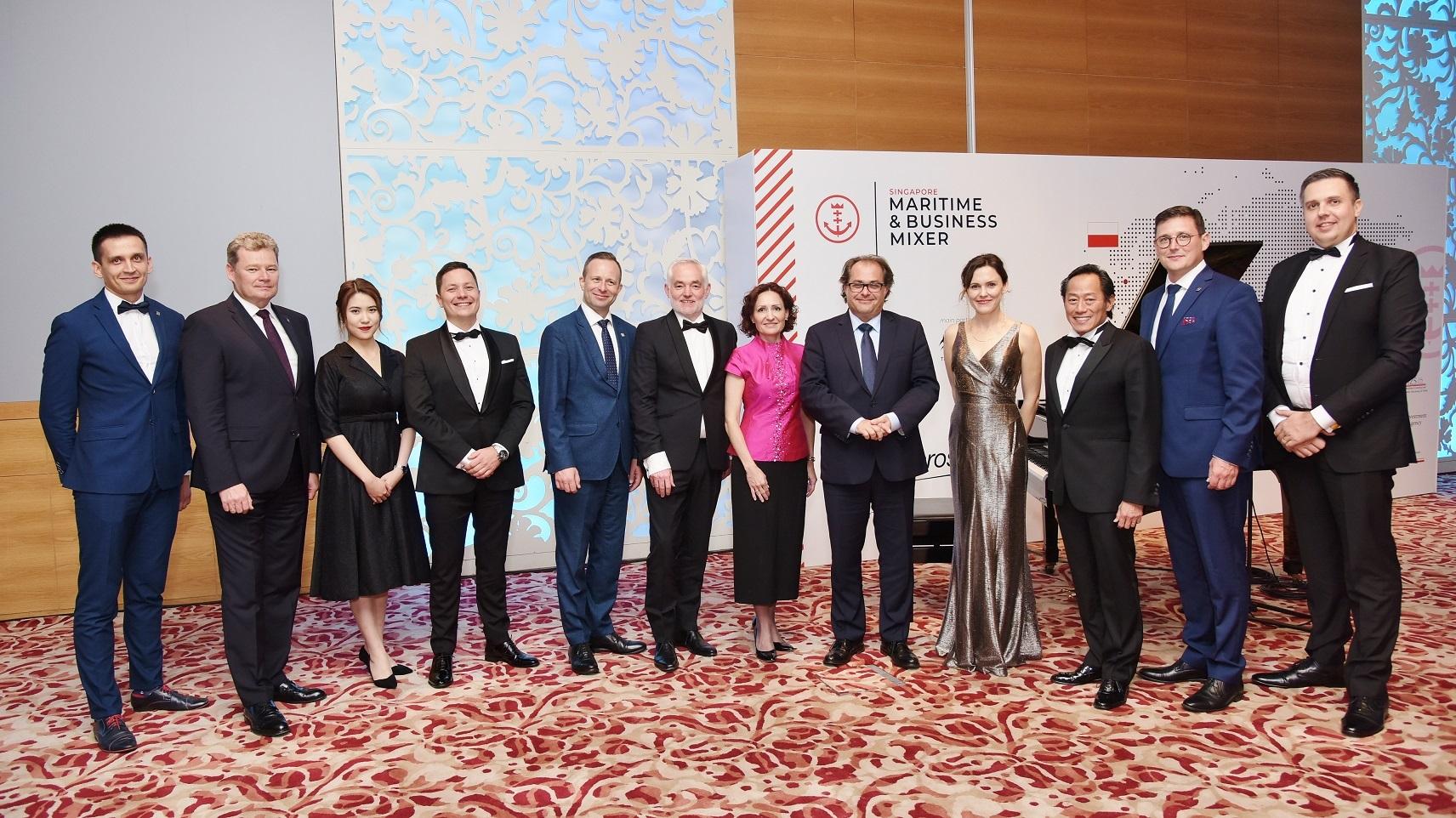 The delegation was opened by the Polish Minister for Maritime Economy Marek Grobarczyk, together with Polish Ambassador to Poland Magdalena Bogdziewicz and Singapore’s Parliamentary Secretary in the Ministry of Transport Baey Yam Keng. The audience heard that annual trade between Singapore and Poland has grown to more than 11billion Singapore Dollars, with 100 Polish companies now based in Singapore, in part thanks to a new direct air route, while the investment by PSA International in DCT Gdansk is the largest Singaporean investment in Poland. The conference was told Poland is one of the most successful economies in Europe with an average growth rate of 4.2 per cent a year between 1992-2019 meaning it is now the seventh largest economy in the EU with a total GDP of €524 billion. This growth is supported by infrastructure investments, including €208billion in EU funding between 2007 and 2020, across the Polish hinterland.

A ceremonial bell from Poland’s national tall ship Dar Mlodziezy was presented to the Singapore Government to mark the 50th anniversary of diplomatic ties during the delegation. This follows the ship’s visit to Singapore during its worldwide voyage celebrating 100 years of Polish independence in 2018.