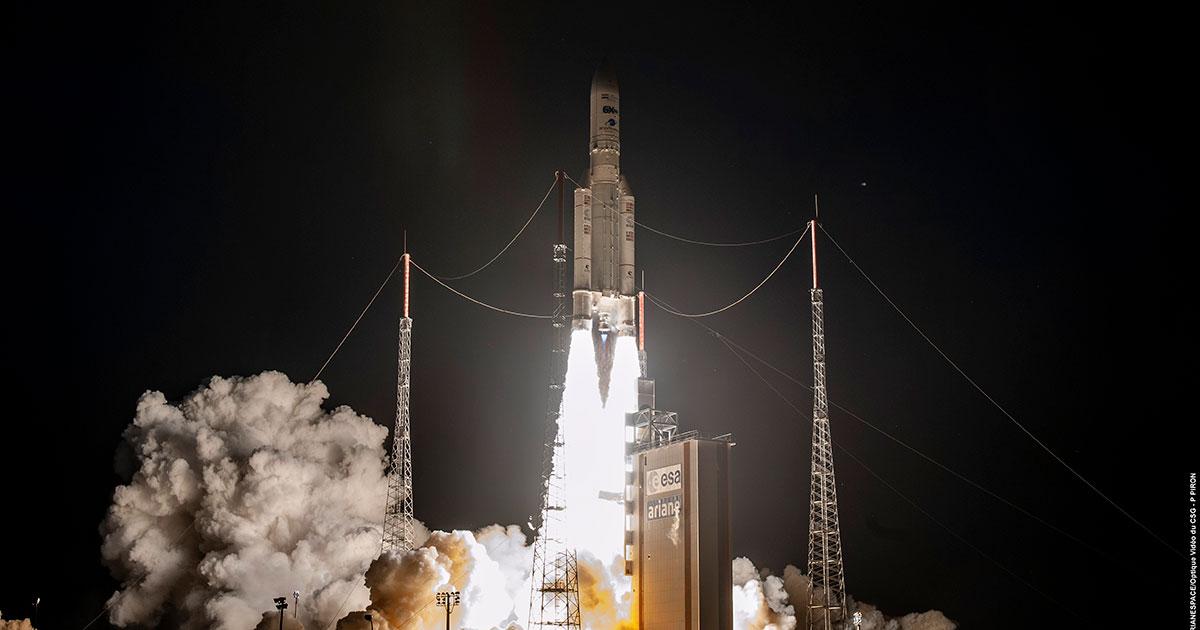 Inmarsat, a world leader in global, mobile satellite communications, has confirmed the successful launch of GX5, the fifth satellite in the world leading Global Xpress (GX) fleet delivering Fleet Xpress high-speed maritime broadband services. The satellite was lifted into orbit by an Ariane 5 launch vehicle from the Ariane Launch Complex No. 3 (ELA-3) in Kourou, French Guiana.

GX5 is scheduled to enter commercial service in early 2020 and deliver additional, focused broadband capacity over Europe and the Middle East that will amount to more than the existing four satellites in the Global Xpress network (GX1-GX4) worldwide combined.

In a recent analysis of maritime customers, Inmarsat established that fast-growing demand for digitalized services saw average data consumption of a merchant ship in mid-2019 reach 270 GB per month, compared to 5 GB five years ago. Growth rates among high data use offshore customers is even greater. To match accelerating demand, GX5 will be joined by a further seven advanced GX payloads in the next four years, releasing unprecedented Fleet Xpress capacity via the world’s first and only global, seamless mobile broadband network.

The satellite was built by Thales Alenia Space and launched by Arianespace at 21.24 UK time on Tuesday 26 November, 2019. Following satellite separation from the rocket at 21:58 UK time on 26 November, telemetry was successfully acquired shortly after separation and the mission is proceeding to plan.

“I am delighted to confirm the successful launch of GX5, the next exciting step in the story of Global Xpress, which has already become the gold standard of worldwide mobile satellite broadband,” said Rupert Pearce, CEO, Inmarsat. “This marks the first of eight launches in the coming four years that will grow our world-leading services to meet rapidly-expanding demand, connecting people around the world to reach their full potential. GX5 will also continue to ensure that Inmarsat’s thousands of Global Xpress customers remain at the cutting-edge of global connectivity technologies as their needs evolve."

In less than four years since launch, Fleet Xpress has established itself as the gold standard for reliable communications across the maritime industries.

“As data use and demand for vessel and crew applications continues to grow we are already seeing data volumes of more than 1 terabyte [1,000 gigabytes] per month per ship,” said Inmarsat Maritime President Ronald Spithout, “The successful launch of GX5 heralds a major step forward in meeting that demand with capacity for customers in one of our main markets and the next step in Inmarsat’s unrivalled commitment to the future of maritime connectivity.”

The additional seven GX payloads scheduled to launch over the next four years will further extend Inmarsat’s global leadership in true broadband services, which are supported by the company’s network of world leading technology, manufacturing and channel partners.