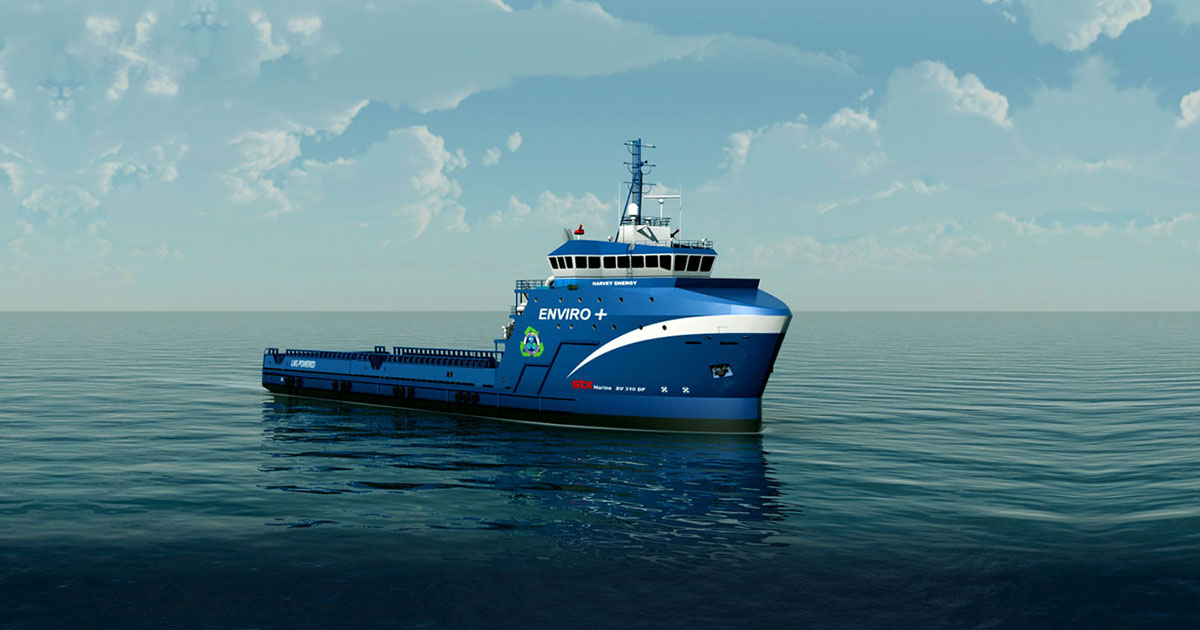 Shane Guidry, CEO, recalled, “My grandfather started this business 70 years ago, and I’m pleased to be the third generation CEO from my family. From a humble beginning of a three oyster fishing vessels used as supply vessels in 1949 to a larger fleet of offshore vessels that towed barges and drilling rigs to its modern-day evolution of a fleet of offshore supply, support and subsea construction vessels, Harvey Gulf has constantly reinvented itself to fit the industry demands. We were the first company to ‘Go Green’ and design, build and introduce LNG dual fuel vessels, LNG marine fueling terminal and LNG ATB into the market, and continue to focus on the future needs of our customers.”

Over the past year, Harvey Gulf made the commitment to expanding its operations outside of the U.S. Gulf of Mexico. Despite the challenging operating environments and slower than expected industry recovery, it appears this growth was the right move for the company. The commitment has not waivered regardless of the challenges of international business and hurdles it overcame to be a global presence in its market. This is not the first time Harvey Gulf has ventured away from its home in the Gulf of Mexico. Through its history it has developed a presence not only in the Gulf of Mexico, but in Alaska, Caribbean, South America, Mexico, Brazil, Israel and Africa.

Guidry stated, “We are extremely happy with our recent execution in Nigeria, Guyana, Suriname, Mexico, and Trinidad while continuing to pursue and acquire work domestically in California, which is like its own country. This was done in conjunction with maintaining our presence and exceptional service and safety record in the U.S. Gulf of Mexico. In 2019, Harvey Gulf made a commitment to its customers and partners to go global, and we executed successfully with profitable results and incident-free operations. Harvey Gulf did not wait for the market to turn and simply curb losses in a domestic downturn but rather looked to global markets to grow and expand the company for the future. A proactive business plan produced positive EBITDA while many of our competitors were barely breaking even or having negative EBITDA quarter over quarter.”

The global expansion has clearly benefited the bottom line for Harvey Gulf over the past year, with the company deploying nearly 25% of its active vessels into the global market. Even despite the recent expansion, Shane strongly believes there is further global expansion in 2020 and beyond.

“In the 1st quarter, we deployed two vessels to Peru which are currently operating under contract. During the 2nd quarter we will be deploying vessels to the Bahamas as well as sending three vessels, two PSV’s and one FSIV, on speculation to the West Africa / Mediterranean regions. We intend to further expand our footprint in West Africa, and certainly not opposed to going back to East Africa for the right opportunities,” he added.

Bankruptcies, restructurings and industry consolidation continue to occupy frequent front-page headlines and dominate conversations in today’s energy sector. Harvey Gulf completed its restructuring nearly two years ago, and believes this early approach has allowed it to be a competitive worldwide player in today’s offshore market. It should be noted that in its restructuring Harvey Gulf kept commitments to its trade vendors paying all unsecured claims in full, and continued normal course of operations for its customers, employees and vendors. The plan was approved in just 77 days which further shows the level of professionalism and focus of the Company’s executive management team.

Harvey Gulf’s success is clearly attributable to its constant evolution and transformation over the past 70 years, and the Company is undoubtedly looking forward to the next 70 years. When the offshore market rebounds, Harvey Gulf is strategically placed to take advantage of any and all opportunities around the world.