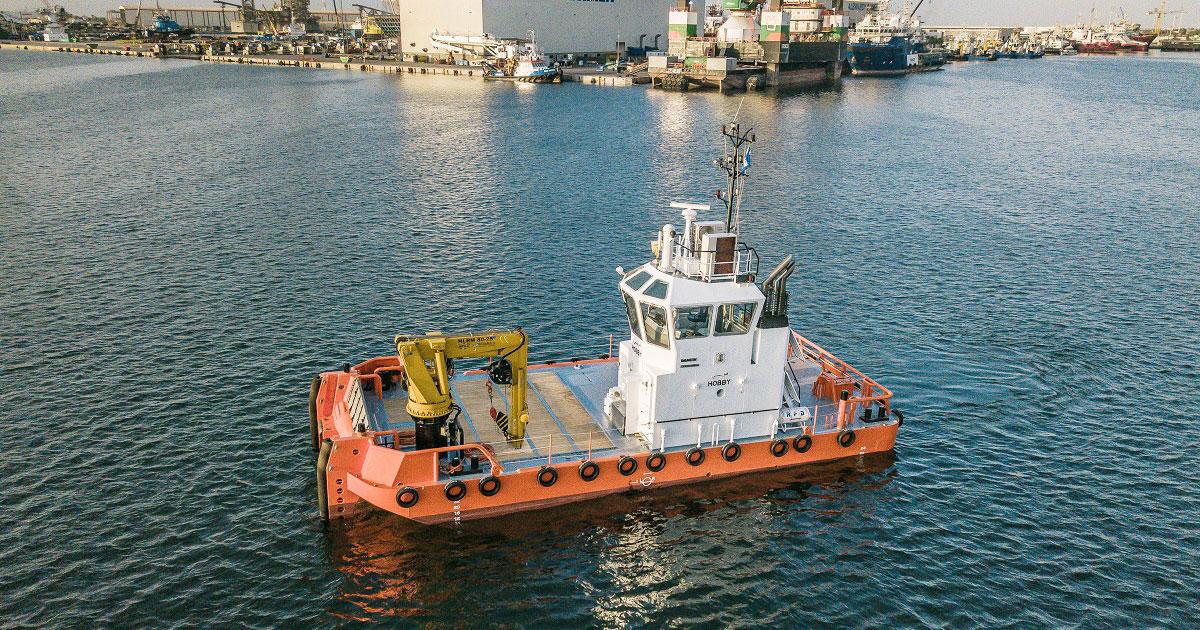 Damen Shipyards Group has delivered two vessels to RAK Ports in the United Arab Emirates (UAE). The deliveries took place on 5th December at the Ras Al Khaimah Cruise Terminal. The vessels in question were a Damen Multi Cat 1908 and a Stan Tug 1907.

The Multi Cat is named Hobby. The lady sponsor for the naming ceremony was Danielle Brand, daughter of Cliff Brand, CEO of RAK Ports.

The Multi Cat’s first role is positioning more than fifty pontoons for a firework display at New Year. Two world records will be attempted during this high-profile event at Marjan Island in Ras al Khaimah. Following this, Hobby will be used for general port assistance and maintenance duties, as well as maintaining navigation buoys. 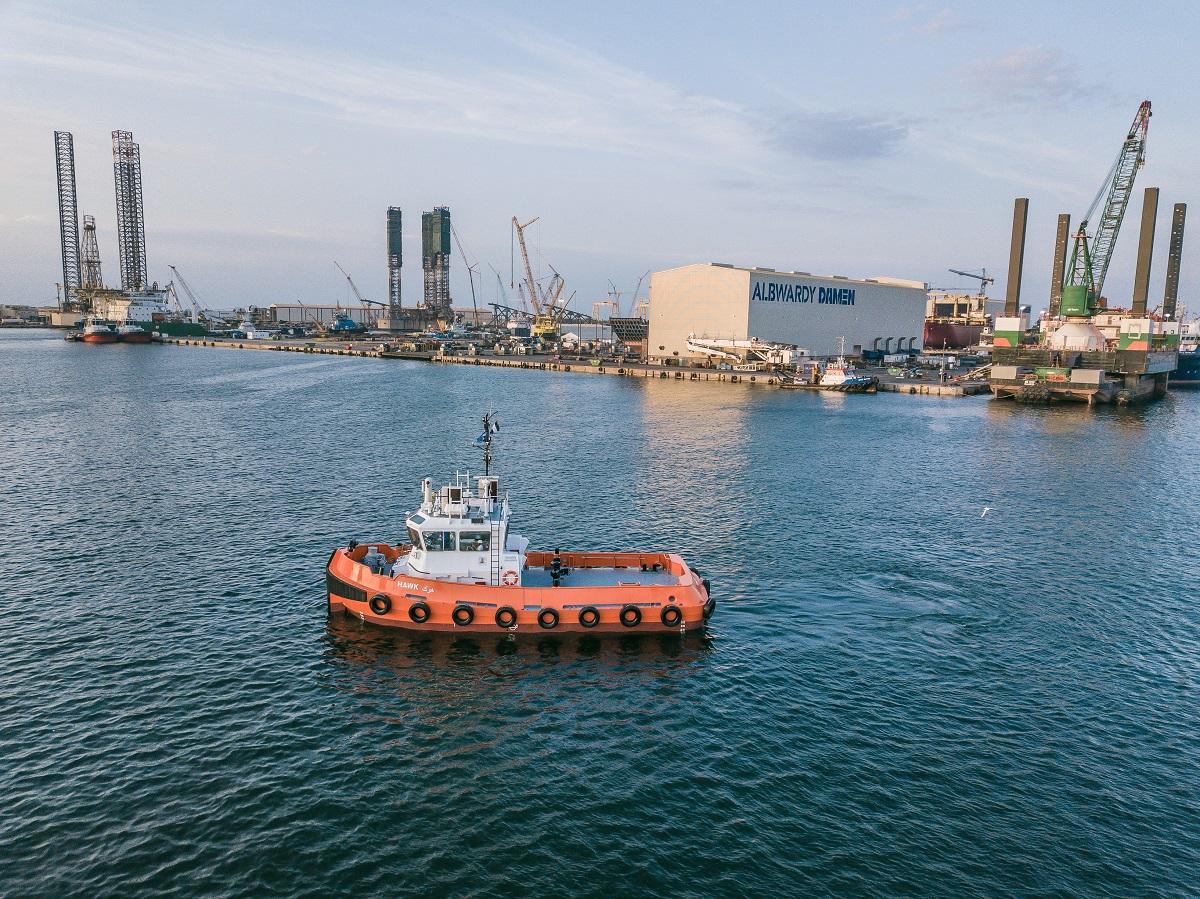 The Stan Tug was named Hawk, with Gillian Robertson as lady sponsor, wife of RAK Ports’ Harbour Master Captain Mike Magee. The Hawk will join the conventional fleet at Saqr Port and will service the large volume of barges currently active at Stevin Rock Harbour.

The Hawk and Hobby will join eight other Damen Stan Tugs and Damen ASD Tugs in the RAK Ports fleet – ranging from 9 to 80+ tons bollard pull. This includes a 1976-delivered Stan Tug 7 – still going strong 43 years on.

Pascal Slingerland, Damen Regional Director Middle East, commented that he is delighted with the continued and fruitful relationship with RAK Ports. The Damen Stan Tugs and Multi Cat series are well proven workhorses, the 43 years old Stan Tug 7 of RAK Ports is a great example.

Capt Magee, Group Harbor Master RAK Ports, commented that the Hawk and Hobby are two great vessels and they will go straight to work. He thanked Damen for their flexibility and efforts to modify and deliver these two high quality vessels as quickly as they did.

Both of the new vessels were available from stock for fast delivery. The standard vessels were moved from Damen Shipyards Gorinchem in the Netherlands to Abwardy Damen in the UAE, where they were tailored to the client’s requirements.