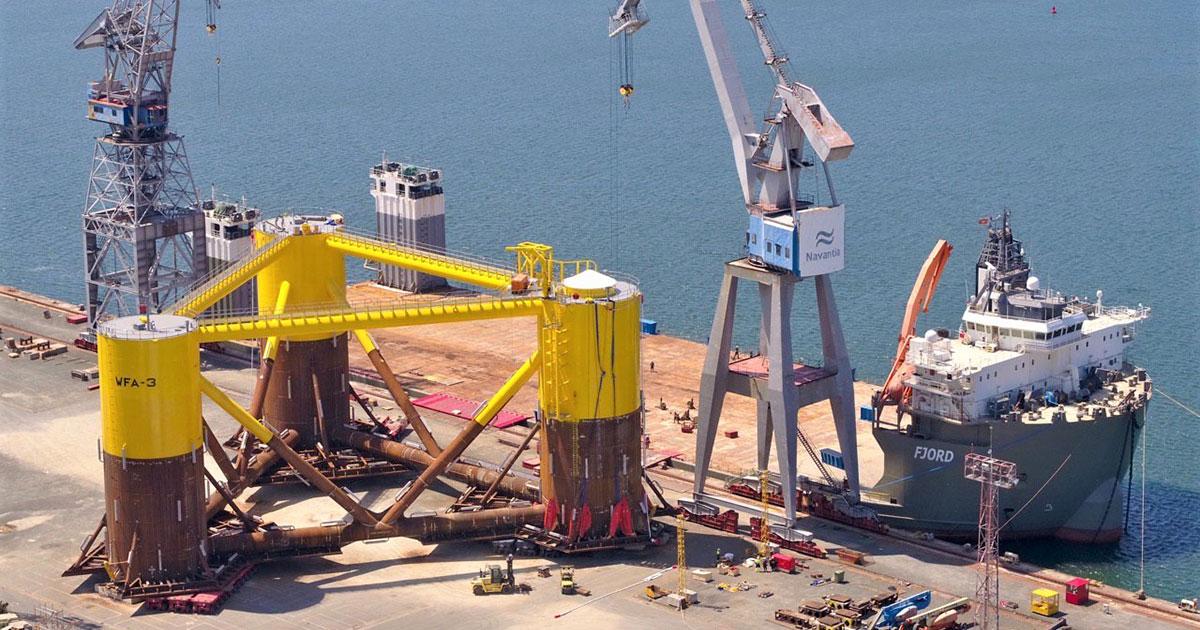 The WindFloat Atlantic project is constructing the first floating wind farm on continental Europe, and will generate a capacity of 25MW; equivalent to the energy consumed by 60,000 homes in a year. Being a floating wind farm, it is secured to the sea bed with chains, and so avoids complex and disruptive offshore operations that might be damaging to the environment and costly.

ALE was chosen by its client Coordinatora, to undertake the project, due to its expertise in performing complex load-outs to tight deadlines, as was the case here. Other projects elsewhere in the business had seen ALE perform transverse load-outs of large structures; experience that would be vital.

Construction and assembly of the over 2,000t structure had taken place as planned at the Navantia-Fene shipyard. Transportation was then required over a distance of several hundred meters to the quayside, and ultimately onto the Heavylift vessel Fjord. 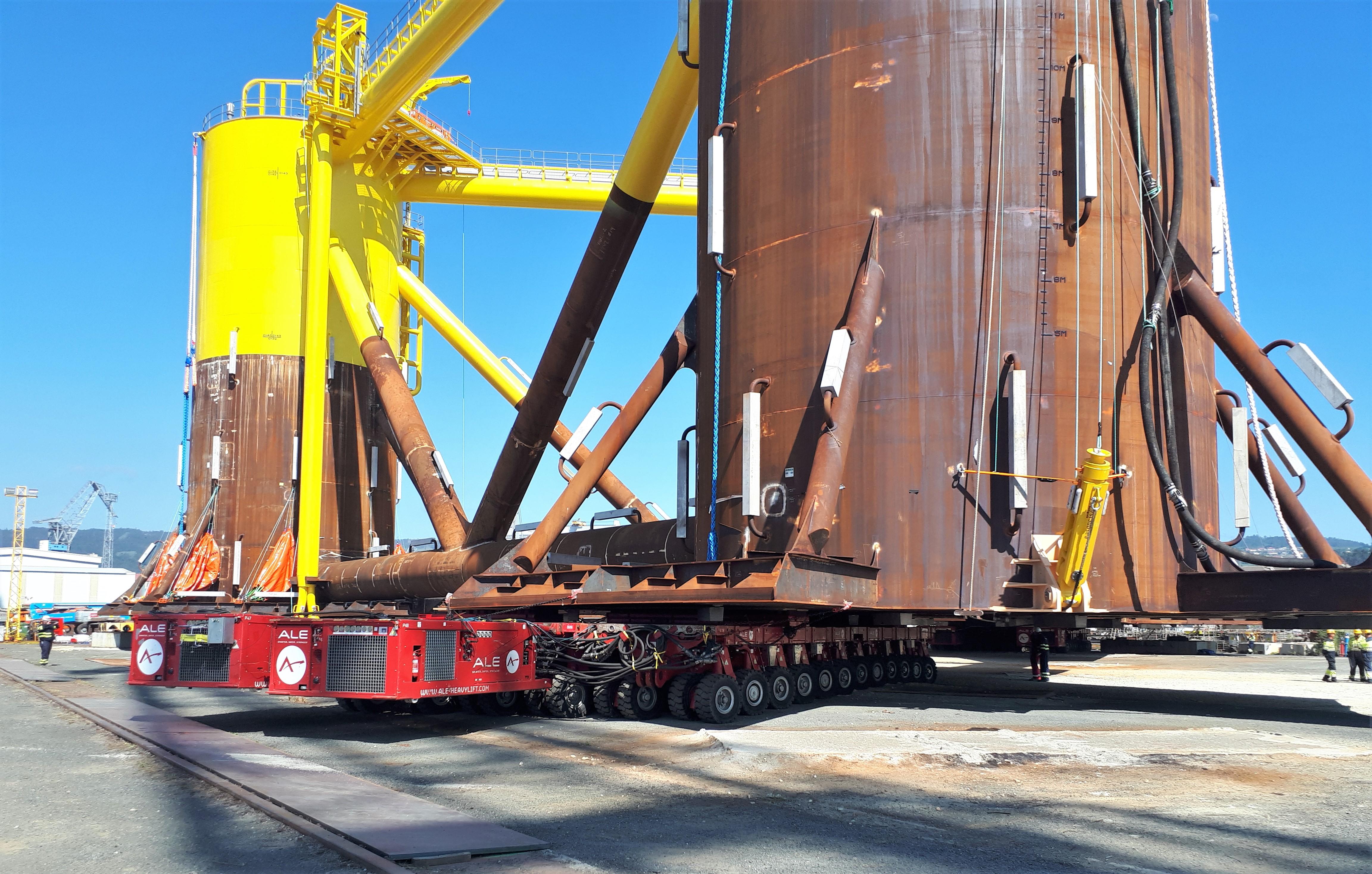 Several factors made this project particularly challenging. The load-out operation was defined as class 1, meaning strict time limits were in place; the operation was performed transversally, bringing obvious space limitations; the sheer size of the structure was also a factor, at 30m tall and with a distance of 50m between its columns.

To perform the load-out, ALE installed 236 axle lines of SPMT underneath the three corners of the structure, taking care to synchronise their movements to a high degree of accuracy. Three groups of 54m ramps were also installed between the quay and the deck of the Fjord, allowing the ro-ro operation to take place.

The structure was then towed to a position approximately 20km off the coast of Viana de Castelo, where it was installed. It will be joined by three similar structures in the near future.

This is a landmark project, involving the raising of the largest floating wind turbine on the planet. It is also allowing wind farms to move into deeper waters farther from the coast, where winds are stronger and more reliable than closer to shore.