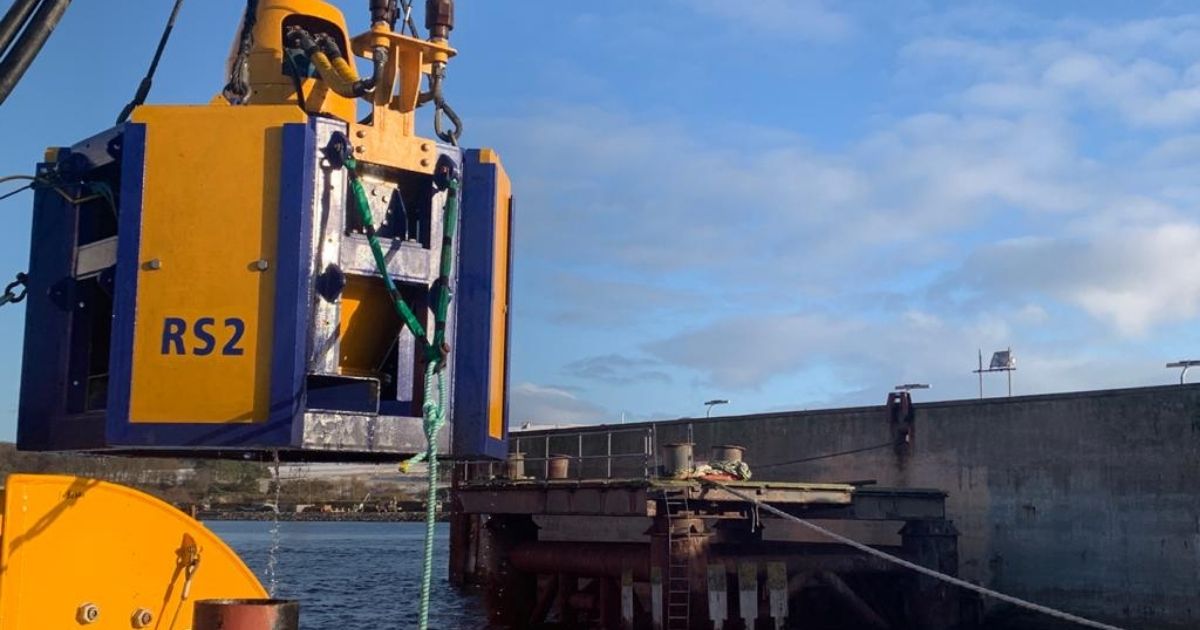 Subsea, trenching and excavation pioneer, Rotech Subsea, has completed a dock entrance silt clearance and pile de-burial scope at one of the north of Scotland’s most strategic ports.

Rotech Subsea mobilized its next generation RS2 Controlled Flow Excavation (CFE) and Suspended Jet Trenching tool to carry out the dispersal of silt that had accumulated along the dock sill gate at one of Scotland’s most important energy industry facilities.

The RS2 was also used for the de-burial of four piles at the port to allow cutting operations.

The Aberdeen-based subsea trenching specialist’s state-of-the-art RS2 CFE and Suspended Jet Trenching tool was selected for its high volume output performance, making it the ideal method for silt dispersal operations due to its ability to disperse large amounts of subsea material with ease.

Rotech Subsea was contracted to provide its RS2 CFE tool for dispersal of silt that had accumulated along the dock sill gate. The RS2 operated in depths of up to 15m.

The project was a success with multiple passes carried out, with the RS2 clearing 0.6m in depth of silt across the 120m dock entrance. The RS2 also cleared 5.5m of sand from a natural sandbank to the east of the gate entrance allowing for easier access for incoming vessels.

The RS2 tool was also deployed for the de-burial of four piles to enable cutting operations. Each pile was de-buried to 3m in depth and 8m in width with an approximate evacuation time of 3 minutes per pile.

“It’s a huge endorsement for us that our state-of-the-art tools were selected for this de-burial work over other tools available due to the safe, non-contact method and productive operational speeds of more than double that of competing Mass Flow Excavation tools.”

Rotech Subsea recently completed a critical quayside stress testing scope at the Liverpool2 Container Terminal in Merseyside, England. Rotech Subsea was contracted by BAM International to carry out the bespoke testing and monitoring project at Peel Port’s new deep-water container terminal at the Port of Liverpool, which gives the largest container vessels from overseas direct access to the heart of the UK.

The project saw Rotech Subsea use a customized TRS2 to simulate bow thruster loads on the quay wall and the protective rock berm below. A bespoke frame was constructed to house two horizontal RS2s set in opposing directions, and a suite of extra sensors was added to monitor the tool and the quay.