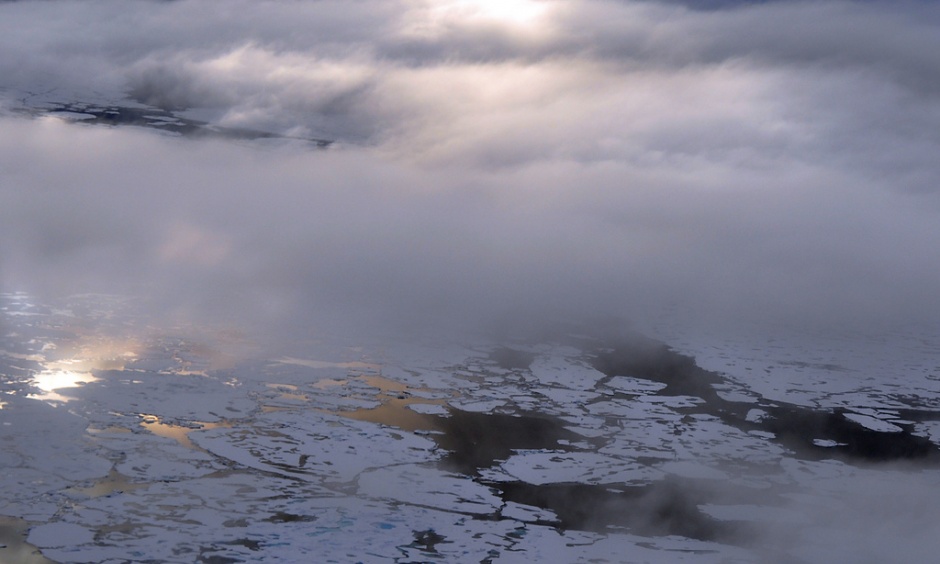 U.S. Secretary of the Interior Sally Jewell applauded President Obama’s announcement that he is withdrawing offshore areas in the Atlantic and Arctic Oceans from future mineral extraction to protect these ecologically sensitive marine environments from the impacts of any future oil and gas exploration and development.

The withdrawal does not restrict other uses of these federal waters on the Outer Continental Shelf, and will help to sustain commercial and recreational fisheries in the Atlantic to support fishing-dependent communities, as well as the harvest of marine resources on which many Alaska Native communities rely for subsistence use and cultural traditions.

“The President’s bold action recognizes the vulnerable marine environments in the Arctic and Atlantic oceans, their critical and irreplaceable ecological value, as well as the unique role that commercial fishing and subsistence use plays in the regions’ economies and cultures,” Secretary Jewell said. “The withdrawal will help build the resilience of these vital ecosystems, provide refuges for at-risk species, sustain commercial fisheries and subsistence traditions, and create natural laboratories for scientists to monitor and explore the impacts of climate change.”

In the Atlantic, the withdrawal decision protects 31 canyons, extending from Heezen Canyon offshore New England to Norfolk Canyon offshore of the Chesapeake Bay. The largest, Hudson Canyon, reaches depths greater than 10,000 feet, comparable in scale to the Grand Canyon, which is 6,093 feet at its deepest. The canyons are regions of enhanced biodiversity, home to numerous species including deep-water corals, deep-diving beaked whales, commercially valuable fish, and significant numbers of habitat-forming soft and hard corals, sponges and crabs.

The canyon region is home to several fish stocks managed as Highly Migratory Species, including commercially valuable marlin, sailfish, swordfish, tuna and sharks. These geologic features also provide important habitat for a number of protected species including beaked, sperm and sei whales, many of which show an affinity to canyon ecosystems as compared to other Atlantic waters.

The President’s action will preserve critical ecological hot spots, helping to protect habitats important to Atlantic fisheries. The designation also affords long-term opportunity for research and exploration, and helps ensure that species dependent on the canyon habitats are protected. It also builds on protections established by the recent creation of the Frank R. Lautenberg Deep Sea Coral Protection Area. This protected region, created by the Mid-Atlantic Regional Fishery Management Council and approved by NOAA, prohibits bottom trawling in all the canyons in the region.

In addition to numerous requests from local and regional officials to protect these offshore resources, 145 prominent marine scientists issued a public letter in September 2015, voicing their conclusion that the threats to the unique marine environment in this region warranted permanent protection to preserve intact ecosystems. These concerns are informed by a number of research findings, including a National Oceanic and Atmospheric Administration study that found ocean temperatures in the Northeast U.S. Shelf are projected to warm three times faster than the global average and a climate vulnerability assessment on fish and invertebrate species in the region that concluded warming oceans due to climate change threaten the majority of fish species in the area, including salmon, lobster, and scallops. The President’s action builds on his establishment of the Northeast Canyons and Seamounts Marine National Monument, which protects 4,913 square miles of marine ecosystems located 130 miles southeast of Cape Cod. The withdrawal protects major Atlantic canyons that are not in the National Monument.

The President’s Arctic withdrawal, which encompasses the entire U.S. Chukchi Sea and significant portions of the U.S. Beaufort Sea, will provide critical protection for these vibrant and fragile offshore ecosystems, which are home to marine mammals and other important ecological resources and marine species on which many Alaska Native communities rely for subsistence and cultural traditions. These include several species of seals; Pacific walrus; polar bears; more than 98 fish species; a number of whale species, such as the bowhead, gray and beluga; many bird species, including waterfowl such as eiders, long-tailed duck and geese; and shorebirds such as the red-necked phalarope.

“Risks associated with oil and gas activity in the remote, harsh and undeveloped Arctic are not worth taking when the nation has ample energy sources near existing infrastructure,” said Abigail Ross Hopper, the Director of Interior’s Bureau of Ocean Energy Management. “Oil spill response and clean-up raises unique challenges in the Arctic and a spill could have substantial impacts on the region, particularly given the ecosystem fragility and limited available resources to respond to a spill.”

The withdrawal does not affect existing leases in these federal offshore waters and would not affect a nearshore area of the Beaufort Sea, totaling about 2.8 million acres, that has high oil and gas potential and is adjacent to existing state oil and gas activity and infrastructure. While there are significant concerns about oil and gas activity occurring in this area, it will be subject to additional evaluation and study to determine if new leasing could be appropriate at some point in the future. Interior’s five year offshore leasing program for 2017-2022 does not include lease sales in this area or in the withdrawn areas.

The U.S. Arctic Ocean is characterized by harsh environmental conditions, geographic remoteness, and a relative lack of fixed infrastructure and existing oil and gas operations. Despite the substantial steps this Administration has taken to improve the safety of potential Arctic exploration, there would still be significant risks associated with offshore drilling operations and the consequences of an oil spill in this region could be substantially detrimental to the ecosystem.

Climate change-induced temperature increases are occurring fastest in Polar Regions, including the U. S. Arctic, resulting in a disproportionate amount of changes to the Arctic environments, including reduction in seasonal ice cover. Loss of sea ice coverage reduces the available habitat for ice-dependent species such as seals, polar bears, and Pacific walrus. Such conditions and stressors may increase the vulnerability of these species and habitat and reduce their resilience to impacts of oil and gas activities. The Arctic withdrawals build on past actions the President has taken to protect fragile ecosystems and build resilience in the face of climate change, including the Northern Bering Sea Climate Resilience Area; Chukchi and Beaufort Seas areas placed off limits to oil and gas leasing earlier this year; and the Bristol Bay withdrawal in 2014.

Further scientific analysis related to the President’s withdrawal proclamation is available here for the Arctic and here for the Atlantic.