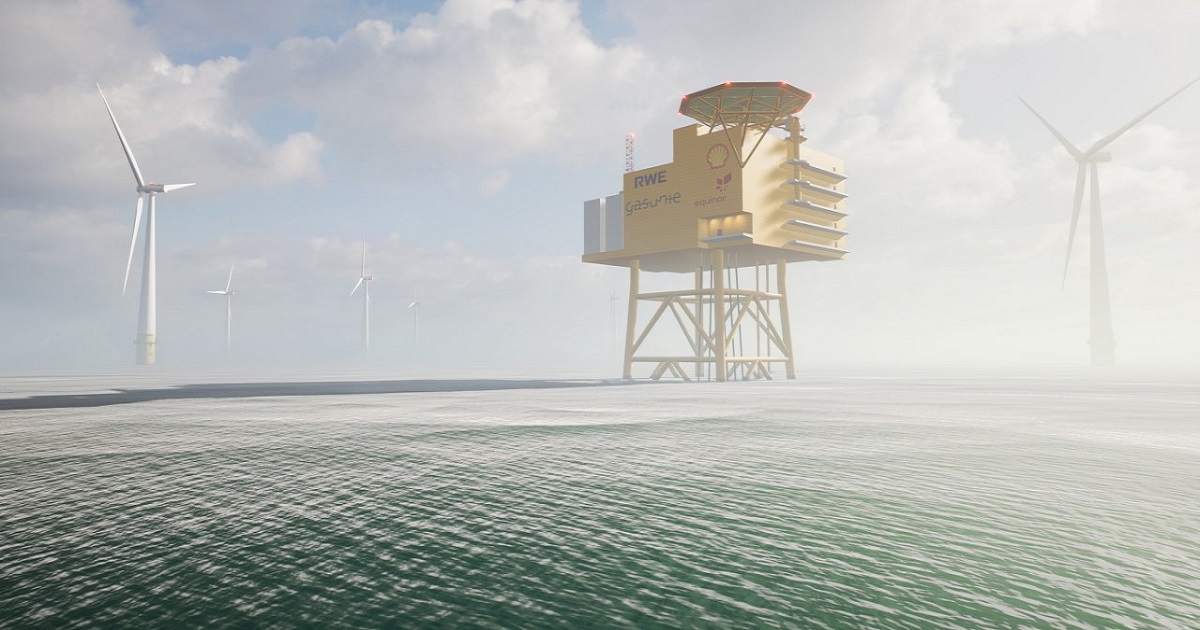 Project partners RWE, Shell, Gasunie and Equinor signed a declaration of intent to further intensify their collaboration on the AquaSector project - the vision of the first large-scale German offshore hydrogen park. The project aims to demonstrate that in Germany offshore based hydrogen production enables an efficient, cost-effective and sustainable way to produce green hydrogen.

The AquaSector project intends to install approx. 300-megawatt (MW) electrolyser capacity to produce up to 20,000 tons per year of green hydrogen offshore. The green hydrogen is planned to be transported via a pipeline, called AquaDuctus, to Heligoland starting in the year of 2028.

The partners see the AquaSector project also as a ‘proof of concept‘ for the realization of the AquaVentus vision of producing up to 10 gigawatts of green hydrogen offshore by 2035 and transporting it via an extended pipeline to mainland Germany.

Compared to the transport of electricity generated offshore, the hydrogen production at sea and the transport via pipeline could offer clear economic advantages. The pipeline could replace five High Voltage Direct Current (HVDC) transmission systems, which would otherwise have to be built. It is by far the most cost-effective option for transporting large volumes of energy over long distances.

As part of the AquaVentus project family and together with the entire initiative the partners want to contribute towards the decarbonization of energy supply in Germany and Europe. AquaSector is therefore a key milestone in the implementation of the German and European hydrogen strategies.

The project can support the development of the market that will bring a rapidly increasing demand for green hydrogen. The first step in the AquaSector project for the partners is to carry out a detailed feasibility study. The study will provide important initial indications of the conditions under which the large-scale offshore hydrogen park can be successfully realized as well as the technical and commercial challenges which need to be overcome in regards to offshore hydrogen production.