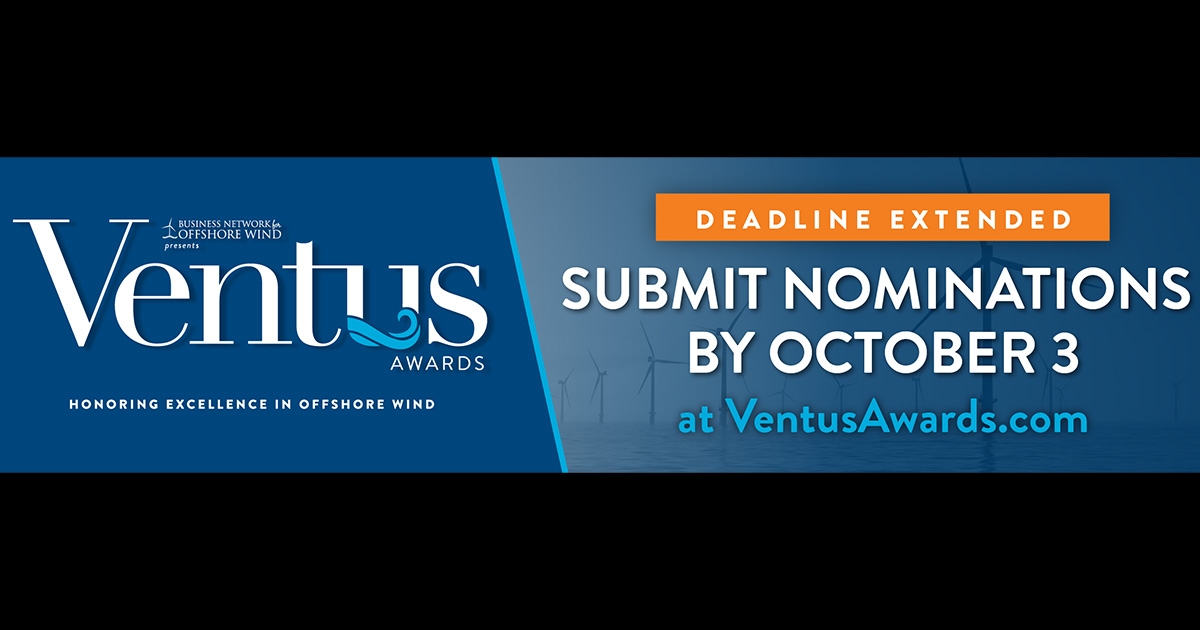 September has quickly become an exciting and busy month for the offshore wind industry. To support the many projects and deadlines the industry is working toward, the Network is extending its Ventus Awards nominations deadline to October 3. 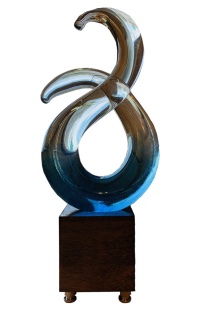 All nominations must be submitted by October 3, 11:59 p.m. EDT. Nomination submissions are free and easy. Self-nominations and submissions for more than one category are allowed. Review the nomination categories below and learn how to submit your nomination.

The Ventus Awards are the industry's premier global awards program that offers individuals, companies, and organizations the opportunity to showcase their achievements and innovations in offshore wind.

Hosted by the Business Network for Offshore Wind in partnership with Recharge, the Ventus Awards feature eight nominating categories, ranging from Supply Chain Advancement and Health, Safety & Environment, to NextGen Award and Innovation of the Year. The Ventus Awards offer the industry's highest level of professional recognition, celebrating the trailblazing people, companies, organizations, and work worldwide ushering in the global adoption of offshore wind energy.