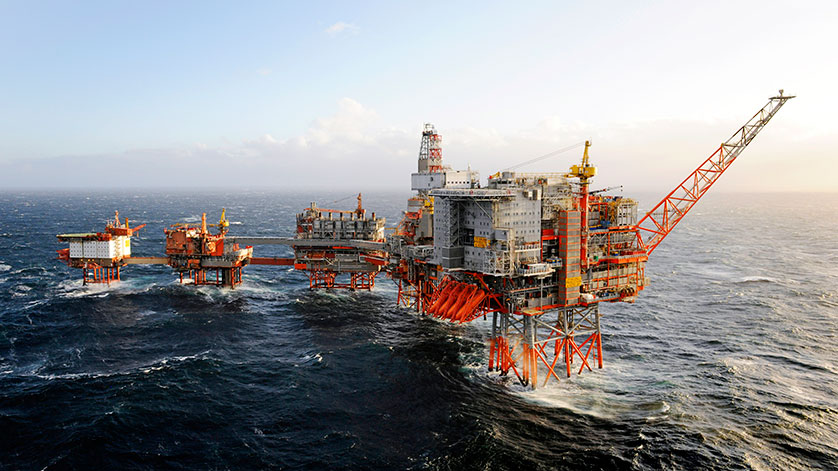 Valhall and Hod have passed one billion barrels of oil equivalents (oil, gas and NGL) produced, more than three times what was expected at the opening of the field in 1982.

Hod, which produces via Valhall, has delivered over 75 million barrels of oil equivalents and this is more than twice the estimated oil at field start-up in 1990.

Valhall’s oil and gas is produced from chalk reservoirs sitting ~2500 meters below seabed in the southern part of the North Sea.

The activity level on the field has been high, with almost continuous drilling since start-up. Seismic and well technologies are key leavers for developing the field. The current well stock comprises 55 active wells out of a total of nearly 150 productive wells drilled since field discovery. 18 seismic 4D seabed surveys have been acquired since 2003.

“In 1995, work was performed with the goal to extend the field lifetime and recover more than one billion barrels of oil equivalents. We have now achieved this goal 15 years ahead of what was thought at the time. Our new ambition is to further produce at least another 500 million barrels of oil equivalents”, says Eldar Larsen, Senior Vice President of Operations in Aker BP.

Valhall is and has been a big and important workplace. Thousands of jobs are directly and indirectly dependent on field operations. Our goal is safe and profitable production from Valhall for several decades ahead.