US Only Months Away from Full Energy Independence 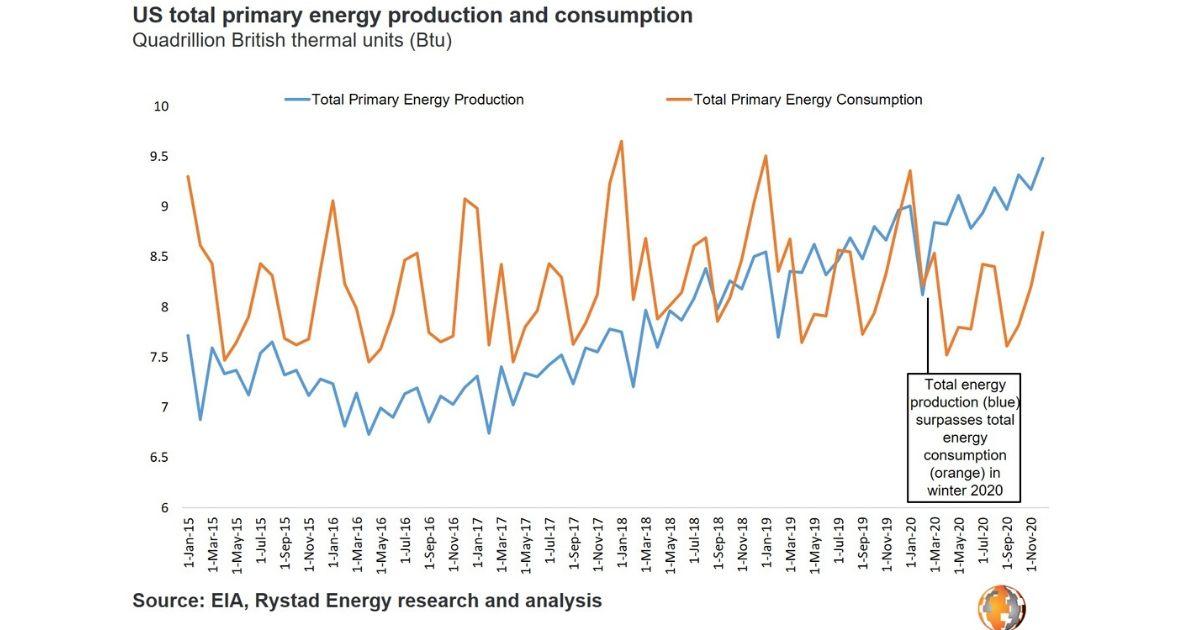 In a pivotal shift, the US is only months away from full energy independence. By 2030, total primary energy production will outpace primary energy demand by about 30%, according to Rystad Energy’s latest forecast.

“This milestone follows a strong period of growth in both hydrocarbon and renewable resources, and we forecast that the US will have primary energy surplus – and not a deficit – by February or March 2020, depending on the intensity of the winter season,” says Sindre Knutsson, vice president on Rystad Energy’s gas markets team.

“Going forward, the United States will be energy independent on a monthly basis, and by 2030 total primary energy production will outpace primary energy demand by about 30%,” Knutsson added. 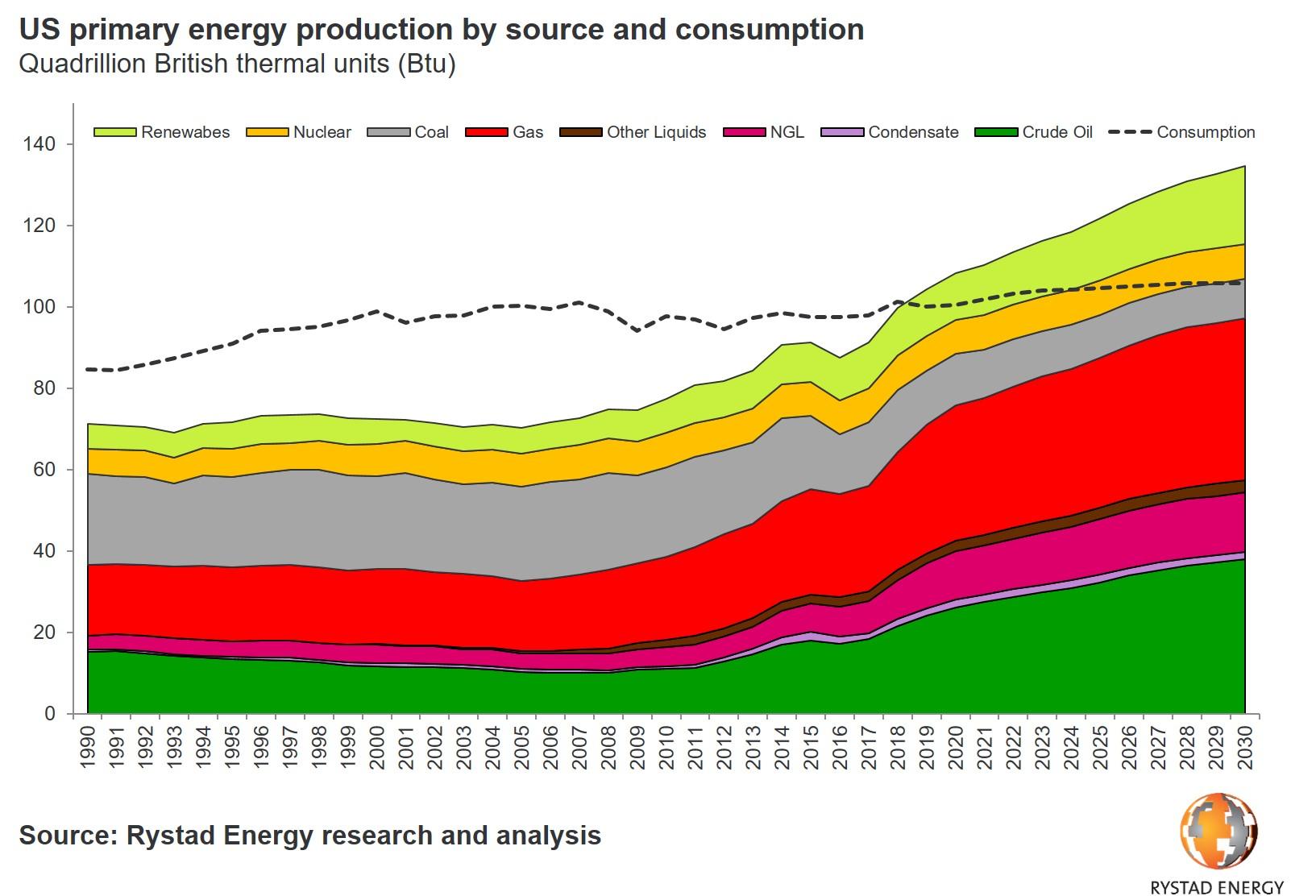 These developments are already in full swing. Rystad Energy predicts that the next monthly release from the Energy Information Agency (EIA) will reveal that the US has been self-sufficient in primary energy for a full 12-month period, from October 2018 through September 2019.

“This is the first time this will have happened since May 1982,” Knutsson observed.

This latest development spells out some broad implications on a number of fronts.

“The emerging energy surplus will make the US less vulnerable to foreign energy-related politics and facilitate growing exports. While renewable energy output will be consumed domestically, the future for oil and gas exports is bright,” Knutsson remarked.

Rystad Energy’s fossil fuel energy balance shows the US was a net importer of 1.8 million barrels of oil equivalent per day (boepd) in 2018, buoyed by an especially heavy balance of imported liquids. As shale oil and gas output continues to grow, the US will import fewer barrels of oil and will increase its natural gas exports, making the country a net exporter of 0.6 million boepd of fossil fuels.

Rystad Energy forecasts that the US fossil fuel surplus will increase to 12 million boepd by 2030, thus allowing for an even larger increase in natural gas and liquids exports. In comparison, the US had a peak fossil fuel deficit of 14 million boepd in 2005.

“The growth of the shale industry will continue to revolutionize the US energy balance and create new opportunities for exports and developments in the country’s total trade balance,” Knutsson observed.