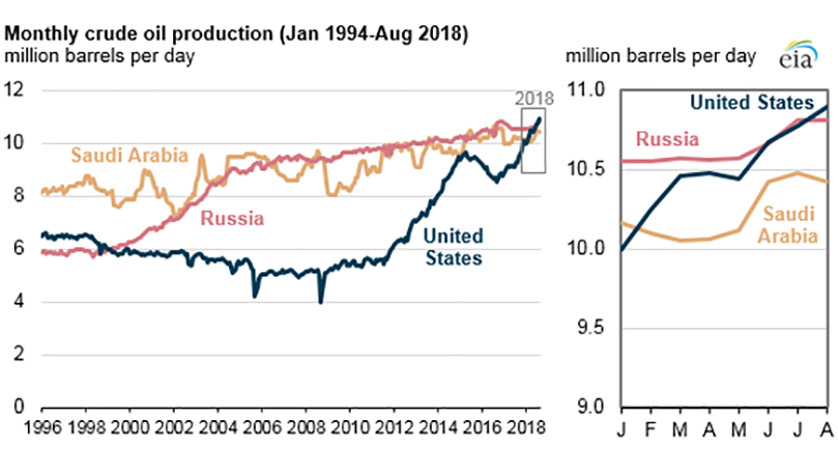 U.S. crude oil production, particularly from light sweet crude oil grades, has rapidly increased since 2011. Much of the recent growth has occurred in areas such as the Permian region in eastern Texas and western New Mexico, the Federal Offshore Gulf of Mexico, and the Bakken region in North Dakota and Montana.

Saudi Arabia's crude oil and other liquids production data are EIA internal estimates. Russian data mainly come from the Russian Ministry of Oil, which publishes crude oil and condensate numbers. Other sources used to inform these estimates include data from major producing companies, international organizations (such as the International Energy Agency), and industry publications, among others.