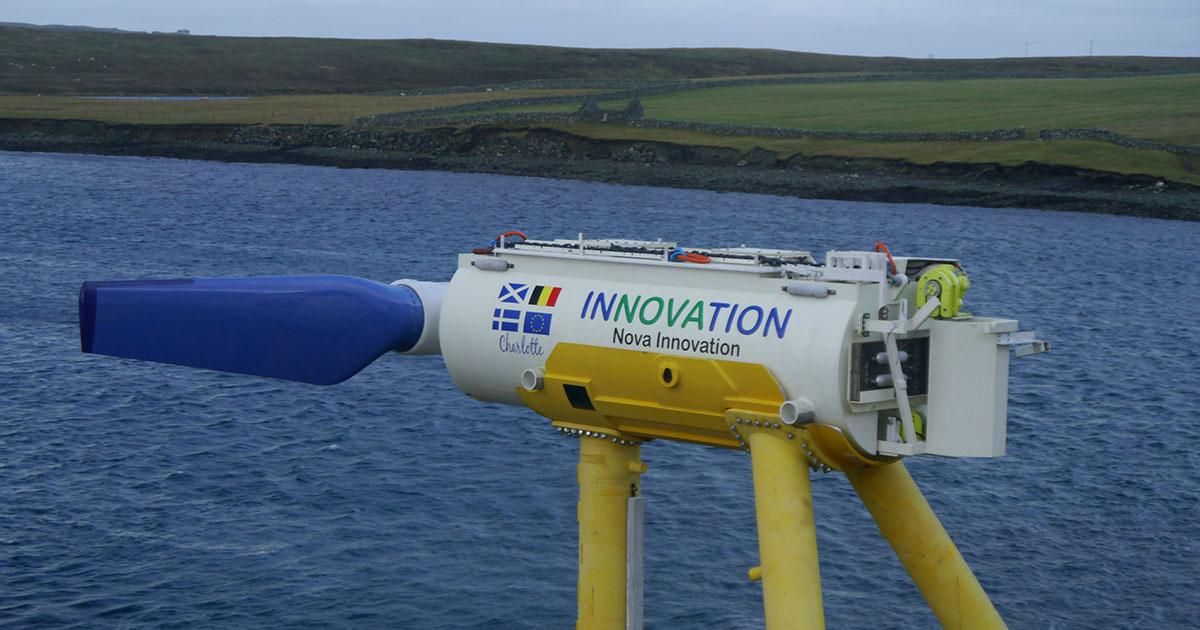 The €20-million flagship EU tidal energy project, Enabling Future Arrays in Tidal (EnFAIT), has reduced the cost of tidal energy by 15 percent and grown its supply chain from four to 14 EU countries.

EnFAIT is an academic-industry collaboration between nine European partners focused on demonstrating the economic viability of tidal power. The project is also paving the way for a new industrial marine manufacturing sector with a supply chain based across Europe.

Consortium lead, Edinburgh-based Nova Innovation, reports that its Shetland tidal array–the world’s first offshore tidal array–has reduced operational costs by 15 percent since the start of the project. By 2022, when the project closes, they forecast a cost reduction exceeding 40 percent, which could spark an explosion of interest in tidal power from global investors.

Further cost reductions will be driven by improvements in the design of Nova Innovation’s underwater turbines, learnings from the optimal arrangement of the turbines, and improved measurement and forecasting of tidal flows at prospective sites. Advances in forecasting, led by engineers from the Offshore Renewable Energy (ORE) Catapult, have contributed to the faster than expected cost reductions so far.

The array itself is now supplied with 100 percent EU-manufactured content, bringing the number of EU supplier countries up from four to 14. These suppliers are not limited to countries along the Atlantic shoreline (where Europe’s tidal resource predominantly lies) but are drawn from across the European land mass.

The project is also bringing local economic benefits, with the array already powering homes and businesses across Shetland. There are more than 60 Scottish companies in the project supply chain, clearly demonstrating the economic case for local tidal energy production.

Simon Forrest, Chief Executive Officer at Nova Innovation, said: “Even at this early stage of the project, we have achieved significant cost reduction successes, and EnFAIT is already helping to map out the world’s most extensive tidal power supply chain across Europe. The UK has been a pioneer in developing this new industry: we remain the global leader in the development of tidal technologies, and the burgeoning supply chain in Scotland and across Europe demonstrates the economic benefits this sector can bring.”

“The cost reduction pathway is becoming increasingly clear. As the project progresses, we are discovering new insights into the way tidal turbines interact with each other, and we are also gaining knowledge of the elegant interplay between the turbines and the tidal flows around them. This new knowledge is allowing us to maximize yield and creates the foundation for ‘eureka’ design moments that will facilitate further falling costs.”