The 2018 Edition of BP’s Energy Outlook Has Been Published 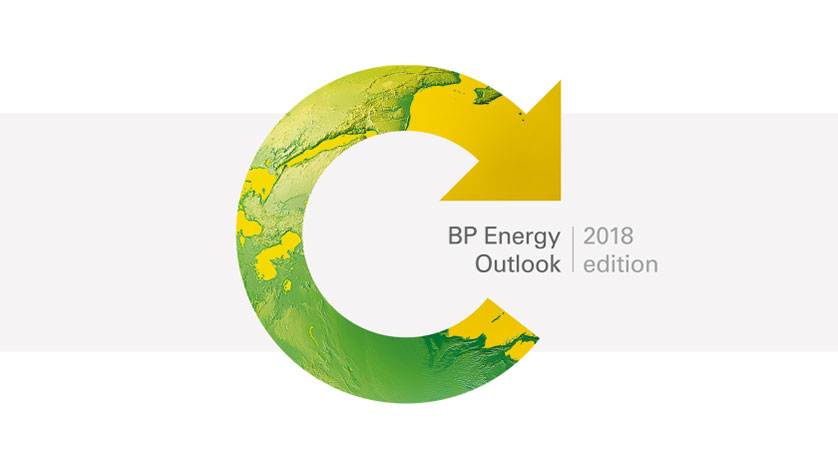 Its evolving transition scenario, which assumes that government policies, technologies and societal preferences evolve in a manner and speed similar to the recent past, expects:
Fast growth in developing economies drives up global energy demand a third higher.
The global energy mix is the most diverse the world has ever seen by 2040, with oil, gas, coal and non-fossil fuels each contributing around a quarter.

Renewables are by far the fastest-growing fuel source, increasing five-fold and providing around 14% of primary energy.

Demand for oil grows over much of Outlook period before plateauing in the later years.
Natural gas demand grows strongly and overtakes coal as the second largest source of energy.
Oil and gas together account for over half of the world’s energy.

The number of electric cars grows to around 15% of the car parc, but because of the much higher intensity with which they are used, account for 30% of passenger vehicle kilometers. Carbon emissions continue to rise, signalling the need for a comprehensive set of actions to achieve a decisive break from the past.

“BP’s strategy has to be resilient and adaptable to significant changes in the energy industry. This Outlook considers the possible implications of some of these changes and helps inform our long-term planning. We cannot predict where these changes will take us, but we can use this knowledge to get fit and ready to play our role in meeting the energy needs of tomorrow. Said Bob Dudley, group chief executive”

“We are seeing growing competition between different energy sources, driven by abundant energy supplies, and continued improvements in energy efficiency. As the world learns to do more with less, demand for energy will be met by the most diverse fuels mix we have ever seen. Said Spencer Dale, group chief economist.”

Much of the narrative in the Outlook is based on the evolving transition scenario. This scenario, and the others considered in the Outlook, are not predictions of what is likely to happen, rather they explore the possible implications of different judgements and assumptions.