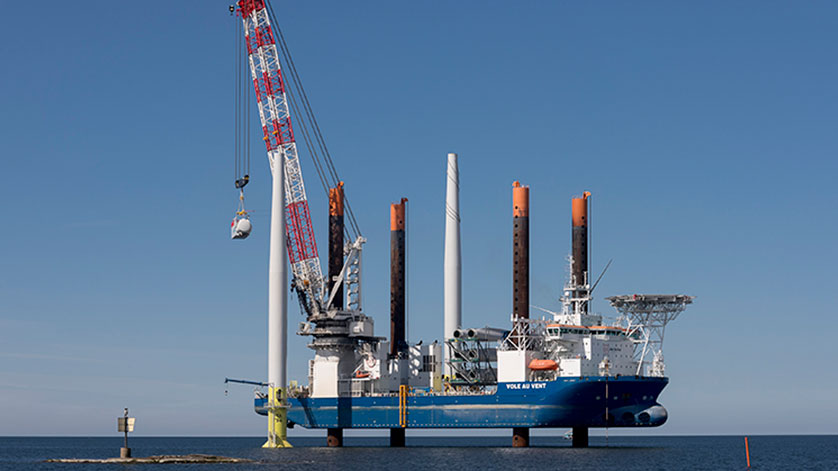 Suomen Hyötytuuli has made substantial investments in the development of offshore wind power and in 2010 built Finland’s first offshore turbine near Pori. With that demonstrator and the full-sized Tahkoluoto wind farm, Suomen Hyötytuuli and its partners have significantly increased offshore wind power knowledge in the Baltic Sea and enabled offshore energy production on an industrial scale.

The preparation for the Tahkoluoto wind farm began when the pilot turbine was finished in 2010. Despite of the long development time, the ten turbines were installed more than a week ahead of the schedule. The wind farm take-over also took place ahead of time.

“All parties have done everything possible to make this project success. We thank all our partners,” says Toni Sulameri, the Managing Director for Suomen Hyötytuuli. “The offshore wind power technology for these conditions took many development steps during the project. The cost-effective offshore construction demands proven business ecosystems, which was started to develop during the Tahkoluoto project.”

“Suomen Hyötytuuli has now a ready concept for planning and building offshore wind power on an industrial scale,” says Tuomo Kantola, the chairman of the board for Suomen Hyötytuuli.

Strong technological and commercial development in the North Sea, shows that the offshore wind power will be one of the ways to produce energy in the future. The most significant change affecting the cost of energy is the 15 MW’s turbines coming to the market.

Conditions for offshore wind power in Finland differ from those in the North Sea. A sea that freezes, a shallow coastline, a hard seafloor, less wind and wind farms that are located near the coastline are different from the conditions in the North Sea and demand different kind of technology.

“When operating in the global wind power market, developing technological solutions for arctic conditions can bring export possibilities for Finnish project and technology business. Suomen Hyötytuuli has an interest in offshore wind power development also in the future. The current situation in energy business makes it hard to make any investments. Political decisions such as the plans to increase real estate taxation have an impact on risk-taking and developing in particular,” says Tuomo Kantola.