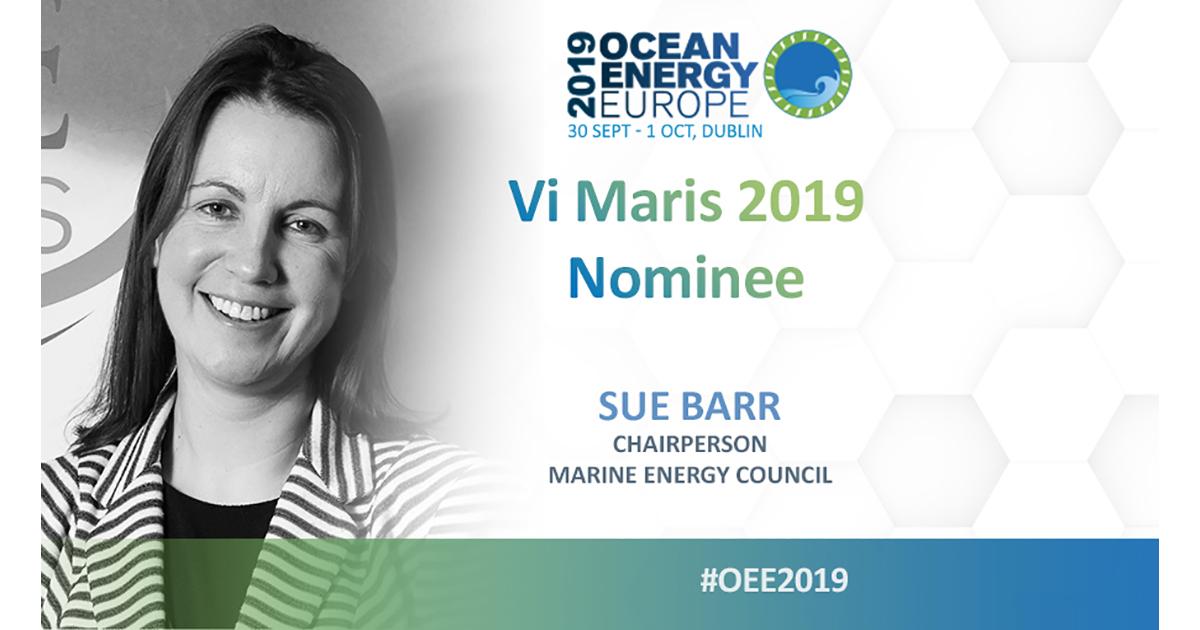 Sue Barr, of the UK’s Marine Energy Council, has been announced as the winner of the new Vi Maris Award at the Ocean Energy Europe Conference & Exhibition (OEE2019) dinner in Dublin. Vi Maris, meaning ‘the power of the sea’, is a prestigious new industry award launched by Ocean Energy Europe that recognizes the outstanding contribution of an individual to the ocean energy sector.

Sue Barr was nominated for the award for her recent work on establishing and driving forward the Marine Energy Council (MEC). The MEC has made immense efforts to convince the UK government to introduce revenue support, including ministerial meetings, a joint parliamentary letter, and a new economic blueprint for the sector. This work is key not just for UK actors, but for all ocean energy players who wish to develop in what is one of Europe’s largest markets.

Sue has 18 years’ experience in the offshore wind, wave and tidal industries. During this time, she has advised and supported UK government ministers on both the first offshore wind arrays and the first marine energy projects, driving marine renewable industry policy both at home and abroad.

A shortlist of five nominees was considered by a panel of Ocean Energy Europe board members, who voted by secret ballot for the winner. The other nominees recognized for their work in the sector were Diane Dhomé (Sabella), Pablo Ruiz-Miguela (Tecnalia), Jason Schofield (Green Marine) and Oliver Wragg (EMEC).

Sue Barr, who is chair of the MEC, said “I am incredibly humbled to be the first recipient of the Vi Maris award. This sector contains some of the brightest and most dedicated people, who are all committed to delivering solutions to creating electricity from the sea. Ocean Energy has already achieved notable milestones against a backdrop of significant challenges, something we should all be proud of. I am determined that, with continued collaboration and our own people power, ocean energy will become a commercial reality.”

Remi Gruet, Ocean Energy Europe’s CEO, commented: “I would like to congratulate Sue on winning the 2019 Vi Maris award. Her work for the sector has been both crucial and tireless, and she fully deserves to be recognized for the impact she has made. In what can be a dynamic and often uncertain sector, it is important to celebrate the individual successes and contributions that propel us all towards industrialization.”