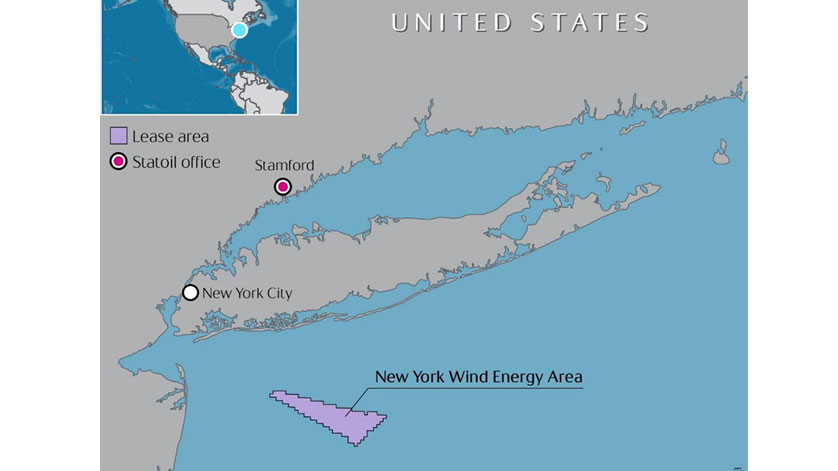 Statoil is in the early stages of developing the offshore wind farm with the potential to provide New York City and Long Island with a significant, long-term source of renewable electricity. The Empire Wind project team is currently conducting an extensive evaluation process, gathering detailed information about the seabed conditions, grid connection options and wind resources characteristic to the area.

New York's Clean Energy Standard mandates an increase in the share of renewables in its energy mix to 50 percent by 2030. As part of that effort, Governor Andrew Cuomo recently called for the development of up to 2.4 gigawatts of offshore wind power by 2030.

"Statoil looks forward to working with all stakeholders as we move forward with the job of bringing offshore wind energy to New York," said Geijerstam of Statoil. "We are committed to working with other developers, state officials, unions and the business community to develop a U.S. supply chain for this and other offshore wind projects. Our goal is to help make offshore wind a leading option for generating clean and affordable energy in New York."

Statoil currently has seven offshore wind projects online or under development in Europe, including the world's first floating offshore wind project in Scotland—a technology which could prove pivotal in generating offshore wind power for the U.S. west coast and Hawaii. The company's offshore wind portfolio has the capacity of providing over one million European homes with renewable energy. Statoil also recently announced its first solar investment in the 162MW Apodi solar asset in Brazil which will provide approximately 160,000 households with electricity.

Statoil (NYSE: STO) also announced the launch of the Empire Wind website where members of the public can obtain information on the project and register to receive updates.