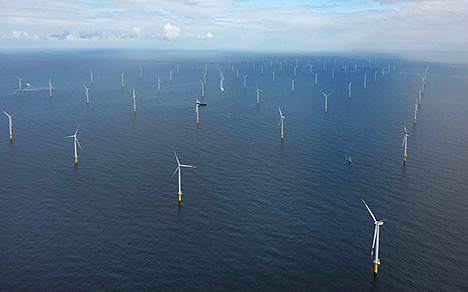 The Arkona wind farm will provide renewable energy for up to 400,000 households in Germany, making it one of the largest ongoing offshore wind developments in Europe.

We are pleased to announce our decision to develop this significant offshore wind project together with E.ON. This investment is in line with our strategy to gradually complement our oil and gas portfolio with profitable renewable energy and other low-carbon solutions,” says Eldar Sætre, Statoil’s president and CEO.

“We are also pleased to develop this project in Germany, where Statoil is the second-largest supplier of natural gas. We have been delivering gas from Norway through three direct pipelines for over 35 years, and Statoil’s entry into German offshore wind adds a new dimension to the Norwegian-German energy partnership,” says Sætre.

“We already have a solid portfolio of wind projects in the United Kingdom. With our entry into the German wind market and participation in the Arkona development from the start, we further strengthen our position in this attractive and growing industry,” she adds. 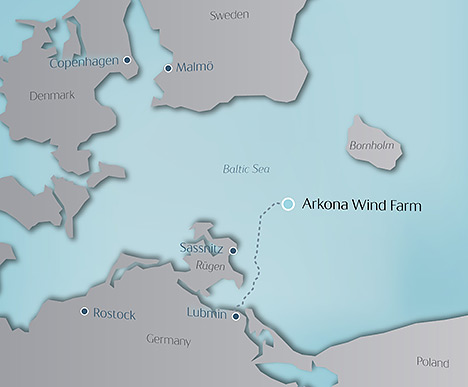 The Arkona wind farm will be located in the Baltic Sea, 35 kilometers northeast of the Rügen island in Germany, southwest of the Danish island of Bornholm. It will consist of 60 six-megawatt turbines, to be mounted on monopile foundations installed at water depths of 23 to 37 meters. “This project offers ideal conditions for further reducing the costs of offshore wind and will take us a big step toward realizing our goal of making renewables truly competitive. We’re pleased to be partnering with Statoil, which has outstanding expertise working in challenging offshore environments,” says E.ON Climate & Renewables CEO Michael Lewis.

E.ON will have responsibility for building and operating the wind farm. Up to 400 people will help build the wind farm during the two-year construction phase.

Start of electricity production is expected in 2019. Once in service, the wind farm will create up to 50 permanent jobs for highly skilled staff in operations, administration, and maintenance as well as, indirectly, another 100 jobs for external service providers.