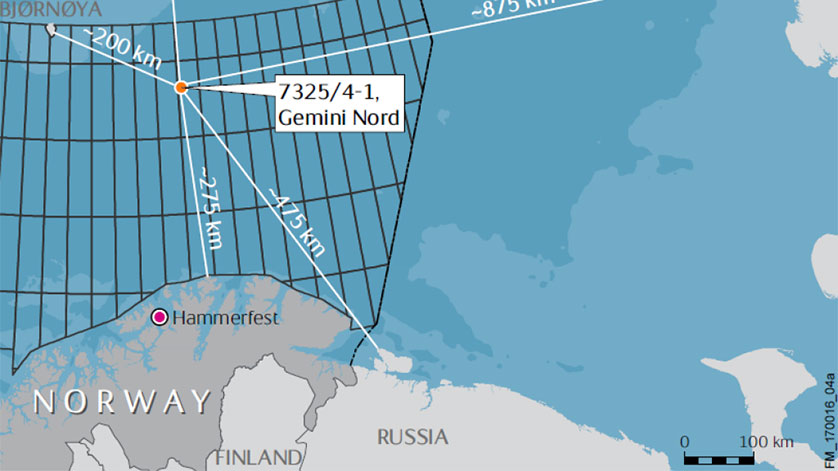 The well was drilled in license PL 855. This is the first well drilled in the acreage awarded in Norway’s 23rd licensing round.

“The well was drilled with the ambition of proving up additional oil resources in the vicinity of the Wisting discovery, but like the previous Blåmann well, we discovered gas,” says Jez Averty, senior vice president for exploration in Norway and the UK. “While this well proved a non-commercial gas discovery, the results provide grounds for cautious optimism for additional potential both within this license and the Hoop Area” Averty continues.

We have over time secured a significant portfolio in the Hoop-area and what we have learned from this well will be important when we plan to test some of that acreage in 2018,” Averty points out.

The well was drilled by the “Songa Enabler” semisubmersible drilling rig, which will now move to the Korpfjell prospect in license PL859 in the Barents Sea southeast.