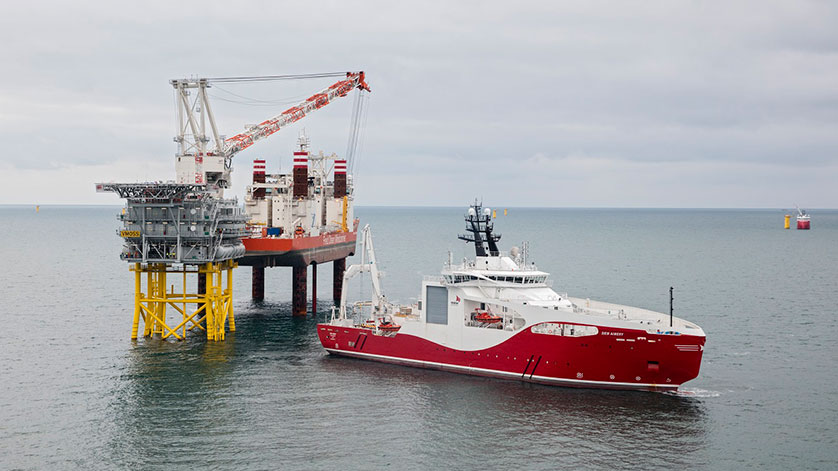 Siem Offshore Contractors (SOC) announced that all 73 inner array grid cables of the Veja Mate Offshore Wind Farm have been installed and trenched 10 weeks ahead of schedule.

The submarine composite cables were successfully installed since 01-Oct-2016 using the “Siem Duo” consisting of the Cable Lay Vessel Siem Aimery and the Installation Support Vessel Siem Moxie. The Siem Duo demonstrated its advanced weather operability during the harsh winter season, whereby both the operations of the gangway on the Siem Moxie as well as post-lay trenching by the Siem Aimery were undertaken in significant wave heights of up to 3 m. 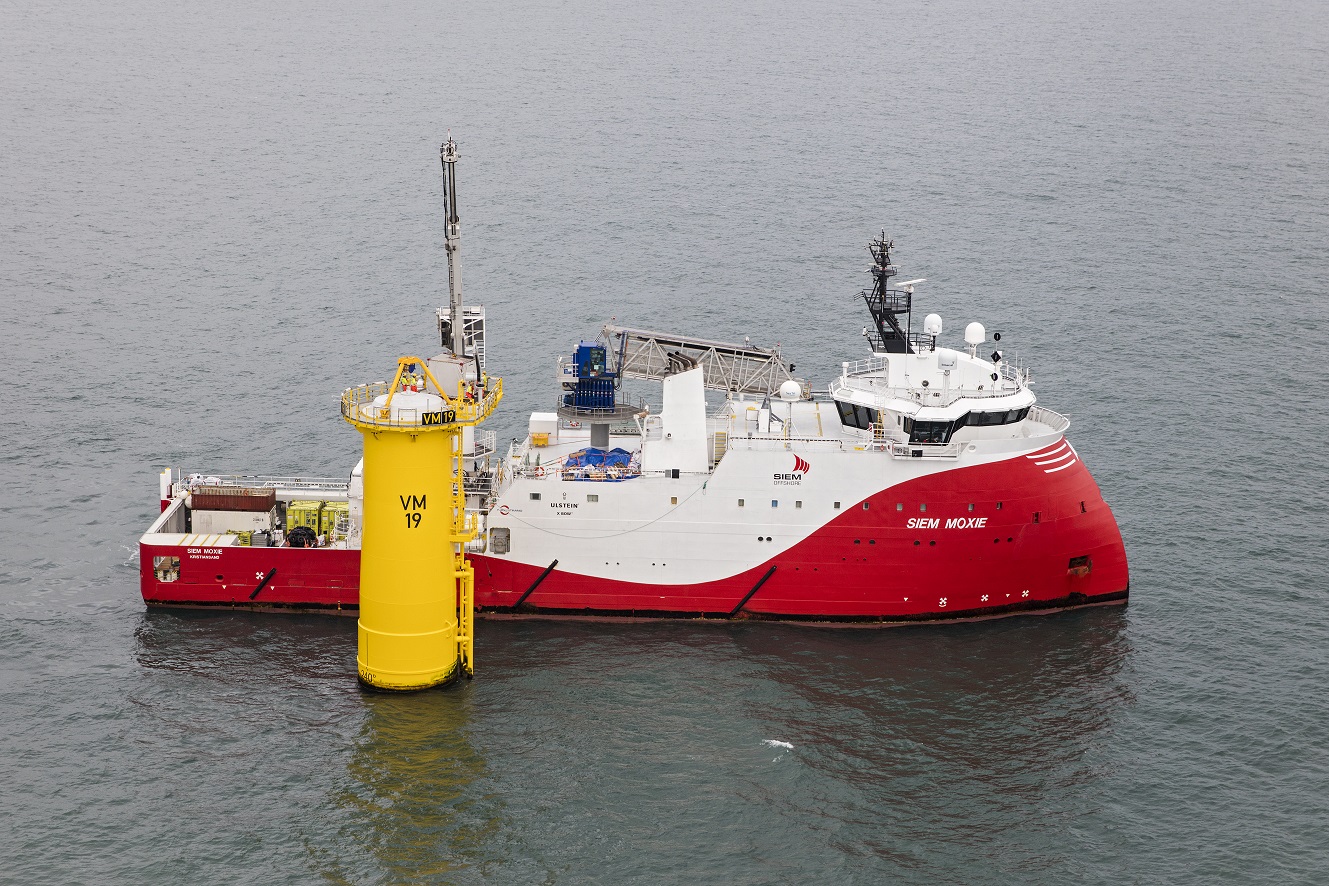 The Siem Aimery loaded in excess of 95 km of copper core submarine composite cables directly into its two turntables in addition to the cable protection systems, which were loaded into a dedicated under-deck storage compartment. While the Siem Moxie assisted with the cable pull-in, termination and testing activities deploying SOC’s dedicated offshore support units (OSU) equipped with generators, pull-in winches, tools and equipment for personnel life support at the individual offshore work sites.

The OSUs were transferred using the Siem Moxie’s 3D motion-compensated crane, while the active motion-compensated “Walk to Work” gangway was used to facilitate more than 10,000 personnel transfers to and from the individual foundations and offshore substation. The cable termination and testing works continue and are expected to be completed within the next couple of weeks, also ahead of schedule.

Siem Offshore Contractors was awarded the engineering, procurement, installation and commissioning (EPIC) contract for the IAG cable system of the Veja Mate OWF in April 2015. The 67 wind turbine generators of the project are located 115km north of the German coastline within the German Bight sector of the North Sea in water depths of up to 40 meters.