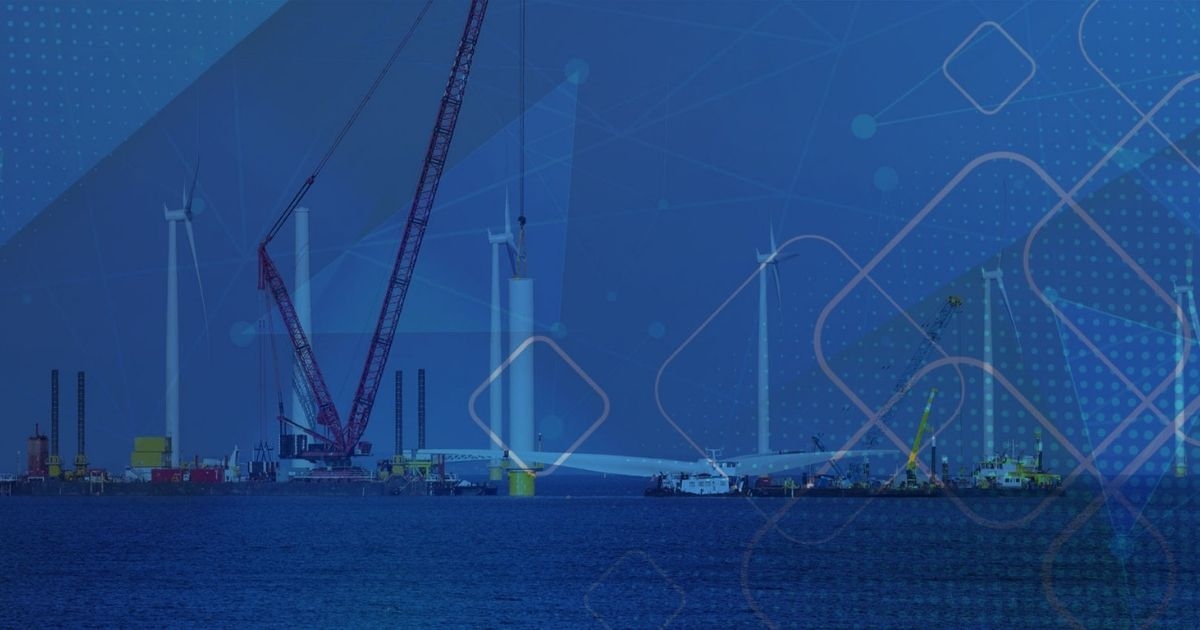 The offshore wind sector had another record-breaking year in 2021. Some 18.6 GW of capacity was put into operation – the industry’s highest level of annual capacity additions.

Mainland China’s push to bring capacity online ahead of the expiration of national feed-in-tariffs (FiT) at the end of the year, made it a nail-biting ‘finish’ and meant new capacity additions were six times higher than the 2.5 GW it installed in 2020. This culminated in the country accounting for the lion’s share (86%) of global capacity additions and surpassing the UK in terms of the world’s largest installed base of offshore wind capacity. What is perhaps most interesting is the scale of the achievement. At the start of 2021 many third-party analysts adopted especially conservative capacity addition estimates for Mainland China (in the range of 3-5 GW), and even our estimate of 11 GW (which was the most bullish estimate at that time) fell short.

Whilst offshore wind capacity additions in 2022 are unlikely to measure up to the same levels as those witnessed in 2021, the offshore wind sector will continue to be busy, with the recent release of ScotWind results already setting the industry up for an exciting year ahead. Westwood Insight expect to see the crystallization of some key themes that surfaced in 2021, including Mainland China’s ‘subsidy-free’ reality, results from the UK Contracts for Difference (CfD) Round 4, the growing Oil & Gas (O&G) interest and investment in the offshore wind sector, as well as the acceleration of US offshore wind, the commercialization of floating wind concepts, and increasing support for green hydrogen. We explore these further below.

Mainland China must now grapple with a (national) subsidy-free reality this year, where the project tariff will be based on the prevailing coal-fired power tariff, which is significantly less than the previous offshore wind FiT for projects commissioned by December 2021. This will force the industry to find further CAPEX and OPEX reductions – whether it be through technology innovation, supply chain collaboration or other optimization measures.

In the last quarter of 2021, Westwood notes a series of turbine supply retenders issued by Chinese wind farm developers for wind farms coming online in 2024/2025, despite first being awarded in 2019/20. The new turbine supply bid prices submitted by Chinese turbine OEMs represent an average drop of 37.9% from 2019-21 levels, indicating an industry-wide effort to lower wind farm component costs. With turbine sizes needing to grow, it could be challenging to protect developer margins. But the recent launch of larger turbine ratings by local OEMs is a promising step towards ensuring while controlling .

The fourth round of the UK’s CfD subsidy allocation opened on 13 December 2021 and the successful auction bidders are expected to be announced between April and July 2022. This is the largest ever CfD round in the UK, with GBP200 million (US$264 million) a year being allocated for fixed-bottom offshore wind. The allocation is set to be key to the UK achieving its ambition of reaching 40 GW of offshore wind by 2030.

There are currently a total (with a total capacity of 7,900 MW) which are eligible to bid for a CfD in this fourth round. All these projects have been granted consent by the relevant authoritative body in either England or Scotland and these projects now require a CfD to move on to the next phase of reaching a FID (final investment decision) and finally moving on to construction. All except one of the six eligible projects plan to use turbines with an individual capacity rating of 14 MW or higher.

In recent years, a group of primarily European O&G companies have made visible strides in building their offshore wind portfolios. In 2022, Westwood expects these companies to further invest in the offshore wind space either through the purchase of equity in existing projects or winning new development tenders.

There are several auctions which are currently taking place and are scheduled to be concluded in 2022. These include the rights to develop the Normandy and Brittany wind farms in France and the granting of licenses for the development of two to three projects which will be located offshore Norway via the Sorlige Nordsjoe II auction.

While Equinor has been the O&G’s offshore wind frontrunner, four other O&G companies stand out in recent activity – BP, Shell, ENI and TotalEnergies. The four companies have been very active in auction processes, placing bids either as a sole entity or in partnership with other stakeholders that compliment or augment their offshore wind capabilities. The consortia being led or supported by BP, Shell and TotalEnergies were offered option agreements of over 9.9 GW in the ScotWind offshore wind lease auction – almost similar to the size of the UK’s current installed base – consisting both of fixed and floating development types.

Excluding the auctions, these four companies have equity stakes in a total of (equivalent to 8 GW of capacity on an equity basis) that are either in the Planning, EPCI or Operational phase. These projects are across mature offshore wind markets such as the UK and Netherlands, and in less mature/emerging markets, such as the US, France, Norway, South Korea, and Ireland.

Acceleration of US Offshore Wind

2021 has most certainly been a momentous year for the US’ offshore wind sector, with the current administration committing to a 2030 offshore wind target of 30 GW. Aside from some 8,434.5 MW of offshore wind capacity being awarded in solicitations conducted by the states of Maryland, Massachusetts, New York, and New Jersey, the US Department of Interior also issued its very first Record of Decision which enabled Vineyard Wind (Avangrid and CIP JV) to take FID on its 800 MW Vineyard Wind 1 development in September 2021.

These solicitations are set to continue in 2022, with the State of New York recently announcing that the next round of offshore wind procurement will be launched this year. This will be undertaken by The New York State Energy Research and Development Authority (NYSERDA) and at least 2 GW of projects will be selected. New Jersey is also planning to open its third offshore wind solicitation in 2022. The state has earmarked an issue date of Q3 2022 and a submittal date of Q4 2022. The award of this solicitation is scheduled to take place in Q2 2023, with a target capacity of 1,200 MW to be awarded.

A lease auction is also scheduled to take place in February 2022, with a total of six lease areas under offer. The lease areas are all located in the New York Bight federal waters, offshore New York and New Jersey. The six sites have the potential to add between 5.6 GW to 7 GW of additional offshore wind capacity.

Outside of these solicitations and lease auctions, several projects are expected to move forward to the next stage of the development. Westwood expects some 858 MW of capacity to reach financial close this year.

Whilst fixed-bottom developments account for almost all the world’s operational capacity today, floating wind has been widely acclaimed as the future and undoubtedly so. In 2021, we saw the world’s largest floating wind development, the 48 MW Kincardine Phase 2, come online, paving the way for what’s to come. Despite being considered a nascent technology, there are numerous floating wind development proposals in both mature and emerging offshore wind jurisdictions, and this trend is expected to continue to expand in 2022. This commercialization effort comes with new players, such as BW Ideol, Hexicon, Fukushima Forward and Principle Power entering the market.

The production of green hydrogen powered by offshore wind could significantly increase the commercial value proposition of projects. While the industry is still at an early stage of development, there are several offshore wind related green hydrogen demo projects to watch, including Vattenfall’s Hydrogen Turbine 1 (HT1) off east Scotland (to be installed at the operational Aberdeen Bay wind farm), Shell’s Hydrogen Holland I (to be powered by Hollandse Kust Noord) and ERM’s Dolphyn Hydrogen Project etc.

The outlook for hydrogen remains uncertain, owing to its relative cost, complexity of the value chain and individual country decarbonization challenges. But in 2022 Westwood anticipates that different hydrogen strategies will begin to crystallize. For instance, the Danish Power-to-X strategy will provide billions of dollars of subsides for the development of green fuels, leveraging its offshore wind potential. Similarly, the UK is set to launch a £240m Net-Zero Hydrogen Fund and California’s latest Budget plan for 2022-2023 earmarks US $100 million to promote green hydrogen. These government initiatives will provide further confidence for offshore developers to consider the green hydrogen opportunities in their commercialization strategies.

Read the Westwood Insight Special on the future of Hydrogen in Northwest Europe for more.