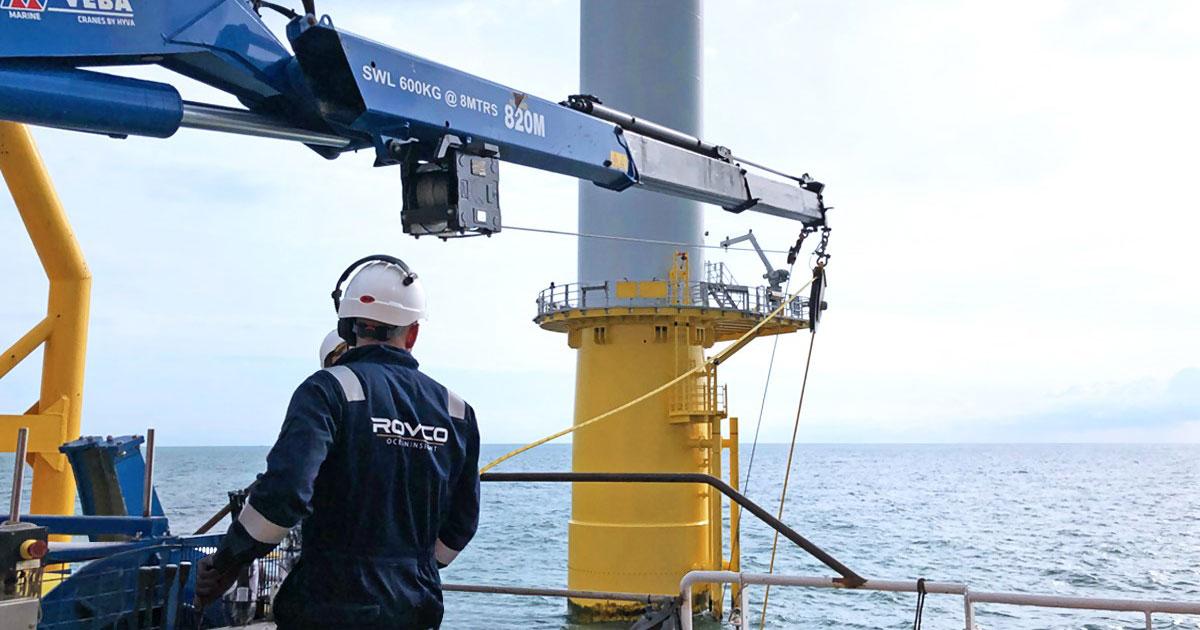 Subsea technology specialist Rovco has successfully completed an extensive ROV inspection contract. The circa £1 million contract has resulted in completion of the baseline asset integrity survey at the newly constructed Galloper Offshore Wind Farm, a 353MW installed capacity wind farm which lies 30km off the coast of Suffolk, UK.

The project, which was awarded by Innogy Renewables UK, began in September - with 24-hour ROV operations provided over a four-week period. Rovco deployed a Cougar XT ROV fitted with both 3D imaging sonar and their SubSLAM 3D technology to complete planned asset inspection activities. The project was performed from the DP2 support vessel, Atlantic Voyager. A second ROV inspection campaign to assess internal foundations is due to mobilise this month.

The Bristol-headquartered firm has utilised its state-of-the-art technology and much-respected subsea expertise to inspect all 56 turbines at the Galloper Wind Farm, which generates enough green electricity to power the equivalent of 380,000 homes.

Data for this project is being delivered via Rovco’s in-house Data Command Centre, a proprietary software system which allows for all the various datasets collected to be combined and presented through a simple internet browser. Within the platform, Rovco’s clients view survey data libraries, reports, videos and 3D point clouds, as well as utilise intuitive tools to measure point-to-point distances, surface areas and volumes, providing a streamlined workflow for future asset management. Brian Allen, CEO and founder of Rovco, said: “This project demonstrates the future of offshore inspection. innogy is the first of our customers to complete a whole field 3D inspection, the data they’ve obtained will go a long way to enabling and ensuring better asset integrity and knowledge of their infrastructure. The success of this project is also a testament to the efforts of our talented employees who work extremely hard to achieve the incredibly high standards evident within our inspection services.”

Formed in 2016, Rovco is pushing the boundaries to change the way underwater work is performed. Investing heavily in the development of real-time artificial intelligence and 3D vision systems for subsea robotics. The company has the resources and expertise to deliver challenging projects across the globe delivering the highest quality data. For more information, click here.