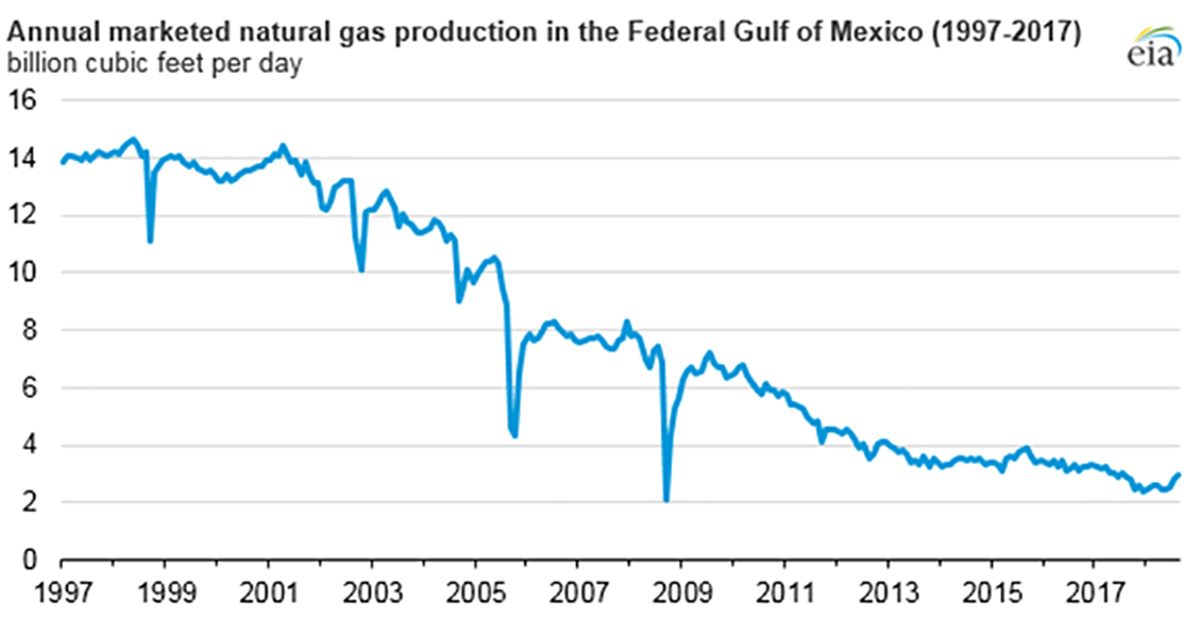 Natural gas production in the U.S. Federal Gulf of Mexico (GOM) has been declining for nearly two decades.

However, 10 new natural gas production fields are expected to start producing natural gas in 2018 and another 8 are expected to start producing in 2019, according to information reported to the U.S. Department of Interior’s Bureau of Safety and Environmental Enforcement. These new field starts may slow or reverse the long-term decline in GOM production. The 16 projects starting in 2018 and 2019 have a combined natural gas resource estimate of about 836 billion cubic feet.

The decline in GOM natural gas production occurred as the number of producing natural gas wells in the GOM declined, falling from 3,271 in 2001 to 875 in 2017. The technology and expertise required to produce oil and natural gas from the seabed is expensive and specialized, and costs of production platforms can often exceed one billion dollars. With the growth in exploration and production activities in shale gas and tight oil formations, onshore drilling became more economic relative to offshore drilling. 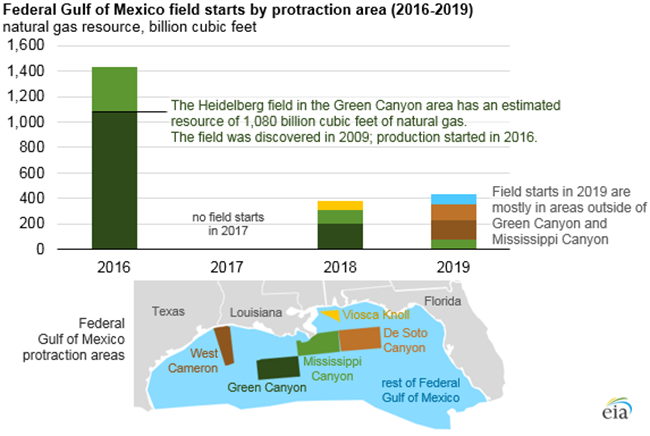