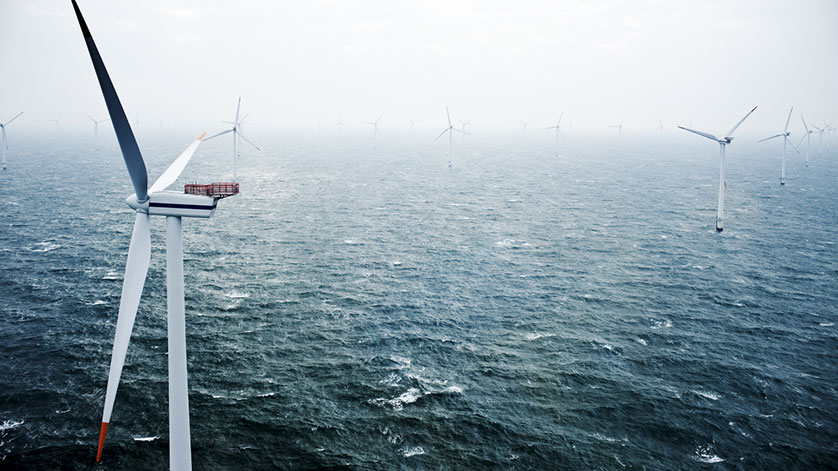 The offshore wind farm project Arkona in the German Baltic Sea has received the German Renewables Award presented by the Clusteragentur Erneuerbare Energien, based in Hamburg. The project got the Innovation Product of the Year award for a newly developed method to protect the steel foundations of offshore wind turbines from corrosion.

Ramboll has developed the method for E.ON and Statoil to reduce the environmental impact and lower the construction costs of offshore wind farms. During the 25-year operating life of an offshore wind farm, metal-dissolving corrosion is significantly reduced by the new method, and emissions to the sea are reduced by several hundred tonnes. The method is called TSA (Thermally Sprayed Aluminum) and fully replaces the use of sacrificial anodes applied to the monopiles.

Andreas Willecke from Ramboll’s Wind & Towers division explains the fabrication process, for which the companies EEW SPC und Krebs Korrosionsschutz have developed new fabrication solutions: “In the coating process, a robot sprays molten aluminum onto the up to 81 meter-long, 1200 tonnes-heavy monopile foundations using two arc burners. The surface is then sealed with synthetic resin.”

According to E.ON this set new standards for the construction and operation of offshore wind power plants.

The Arkona project is located 35 kilometres northeast of the island of Rügen. The wind farm will have a capacity of 385 megawatts (MW) and will be able to supply up to 400,000 households with renewable energy from 2019 onwards. It will install 60 six-megawatt turbines based on monopile foundations designed by Ramboll.