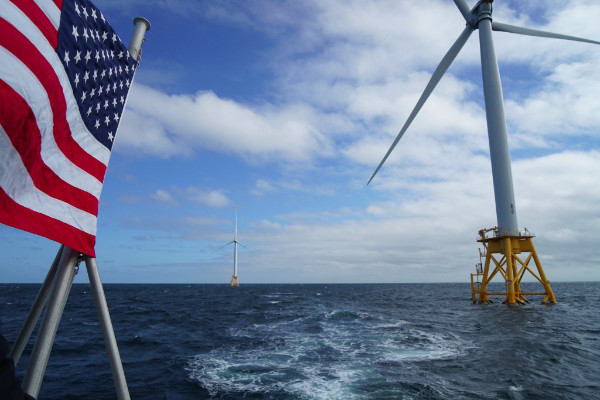 “This auction underscores the growing market demand for renewable energy among our coastal communities,” said Secretary Jewell. “It not only marks another milestone for the U.S. offshore wind energy program, but also demonstrates how our collaborative efforts with state, local and private sector partners can advance a clean energy future in the United States. I’m proud of what the Interior Department has accomplished over the past 8 years to build a strong foundation to harness the incredible potential of offshore wind.”

The Obama Administration established an enduring renewable energy program at the Department, including the nation’s first program for offshore wind leasing and permitting. Over the past 8 years, BOEM has fostered offshore renewable energy development through a collaborative state-federal process to identify Wind Energy Areas and hold competitive lease sales. To date, BOEM has awarded eleven commercial wind leases, including nine through its competitive lease sale process. These lease sales have generated more than $16 million in winning bids for more than one million acres in federal waters.

“We are extremely pleased by the results of this lease sale,” said BOEM Director Abigail Ross Hopper. “We have seen robust competitive interest for this auction, as evidenced by 33 rounds of bidding – the most we have seen for any of our lease sales to date. BOEM will continue to work with the members of out New York Intergovernmental Renewable Energy Task Force and the public on any future wind energy project proposed for this lease area.”

Before the lease is executed, the Department of Justice and Federal Trade Commission will conduct an anti-competitiveness review of the auction, and the provisional winner will be required to pay the winning bid and provide financial assurance to BOEM. The lease will have a preliminary term of one year, during which the lessee may submit a Site Assessment Plan (SAP) to BOEM for approval. The SAP will describe the facilities (e.g., meteorological towers or buoys) a lessee plans to install or deploy for the assessment of the wind resources and ocean conditions of its commercial lease area. Following approval of a SAP, the lessee will then have four and a half years to submit a Construction and Operations Plan (COP) to BOEM for approval. This plan will provide a detailed proposal for the construction and operation of a wind energy project within the lease area.

Once BOEM receives a COP, it will conduct an environmental review of the proposed project and reasonable alternatives. Public input will be an important part of BOEM’s review process. If BOEM approves the COP, the lessee will then have a term of 25 years to construct and operate the project.