Offshore Windfarm Being Considered at Snorre and Gullfaks 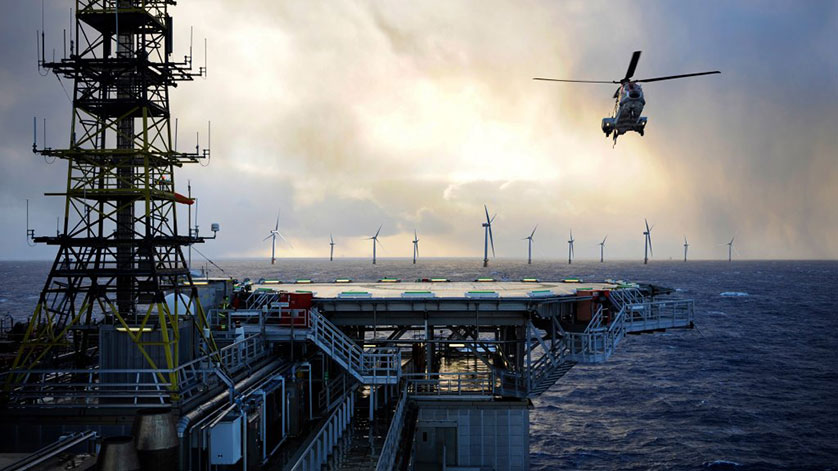 The project forecasts a reduction of CO2 emissions by more than 200,000 tonnes per year, equivalent to the emissions from 100,000 cars.

Equinor has performed an extensive study evaluating which oil and gas installations on the NCS are suited for power supply from a floating offshore wind farm. The Snorre and Gullfaks fields in the Tampen area in the northern North Sea are the best match for realizing this idea. 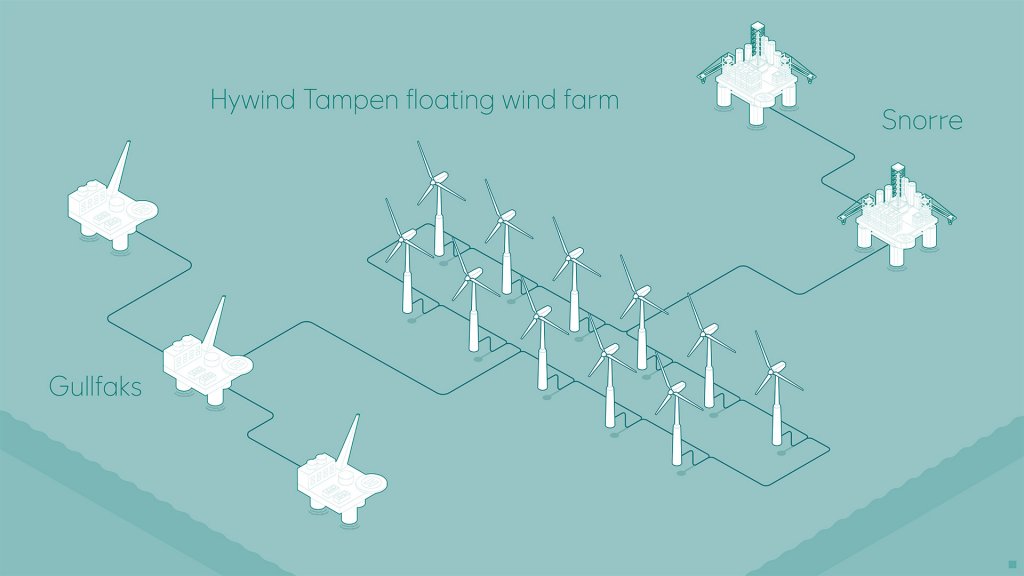 The solution to be further explored is a wind farm consisting of 11 wind turbines based on Equinor’s floating offshore wind concept, Hywind. The 8 MW turbines will have a combined capacity of 88 MW, and are estimated to meet about 35% of the annual power demand of the five Snorre A and B, and Gullfaks A, B and C platforms. In periods of higher wind speed this percentage will be significantly higher.

“I am pleased that the partnership has managed to mature this from an idea to a concept choice. In order to maintain profitable operations on the NCS in the long term, it is essential that we do our utmost to further reduce the carbon footprint from our activities. The Tampen project will make a considerable contribution to the industry’s ambition to reduce CO2 emissions on the Norwegian continental shelf by 2.5 million tonnes per year from 2020 to 2030,” says Equinor’s executive vice president for Development and Production Norway, Arne Sigve Nylund. 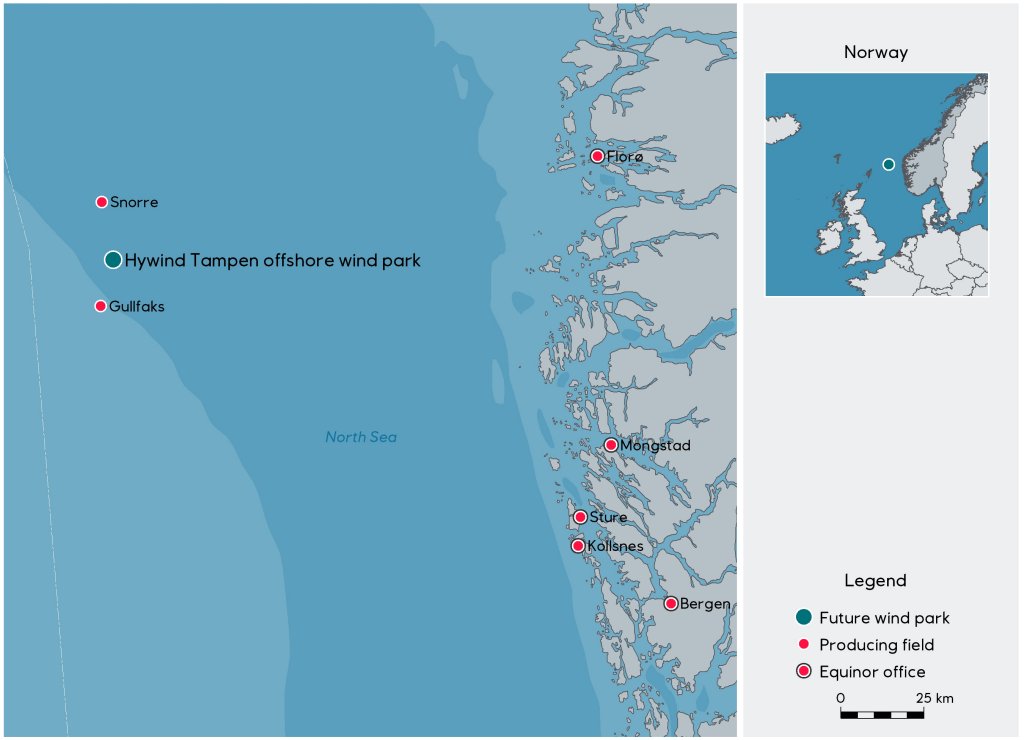 The preliminary capital and development expenditures of the project totaling about NOK 5 billion, and the project aims at further cost reductions. The industry’s NOx fund is today confirming to provide up to 566 million NOK in investment support for the project.

In addition, Norwegian authorities have through their offshore wind strategy and Enova opened for financial support for innovative offshore wind projects associated with the oil and gas industry. The Snorre and Gullfaks partners have applied for support from Enova’s program for full-scale innovative energy and climate measures to realize the project.

“The partners have now made a concept choice for an offshore wind farm tied in to the two fields. This is still a groundbreaking and challenging project that requires optimization of the technical solutions and further cost reductions before the partners can make a potential investment decision,” says Equinor’s project director, Olav-Bernt Haga.

The seven Snorre and Gullfaks partners in the Tampen area in the North Sea will now mature the project towards a possible investment decision in 2019.