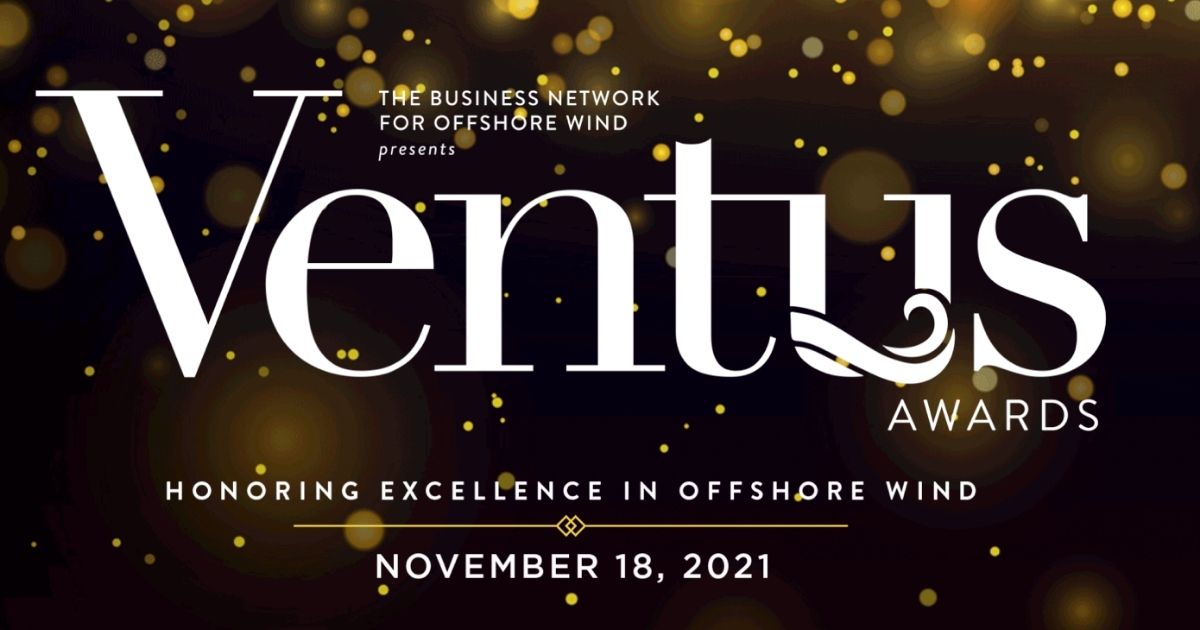 The Business Network for Offshore Wind will host the inaugural Ventus Awards Gala this Thursday, November 18 in Washington, D.C., to bring the industry together and honor the trailblazing people, companies, organizations, and work ushering in the global adoption of offshore wind power.

The Ventus Awards Gala, a first-of-its-kind industry event, is the Network’s highest level of professional recognition and brought in submissions representing the entire supply chain from large OEMs and Tier 1 manufacturers to multi-generational family businesses. Finalists competed in seven of nine categories ranging from Innovation of the Year to Supply Chain Advancement and Next-Gen Leadership.

The Ventus Awards, launched earlier this year by the Business Network in partnership with Recharge, are a celebration and recognition of the challenging work a broad range of businesses, organizations, and professionals do every day to move this emerging industry forward. Two of the Ventus Awards are named after industry titans who will be honored at the Gala: Bill Heronemus (1920-2002), known as the father of modern wind power, and Larry Viterna, the NASA scientist who developed a method to predict wind turbine performance and increase efficiency of output. Each of the award category is designed to honor contributions and facets of the offshore wind industry, from products, programs, or technology, which allow us to harness offshore wind and better the lives of those around us through clean energy, a safer environment, and innovative jobs.

Submissions in each award category were judged by industry experts representing the breadth of the offshore wind industry, including Walter Musial, principal engineer and offshore wind research lead at the U.S. National Renewable Energy Laboratory, Carrie Hitt, executive director of the National Offshore Wind Research and Development Consortium, Jay Borkland, director of Ports & Supply Chain at Avangrid Renewables, and James Manwell, Director of the Wind Energy Center at the University of Massachusetts-Amherst (list of judges here.)