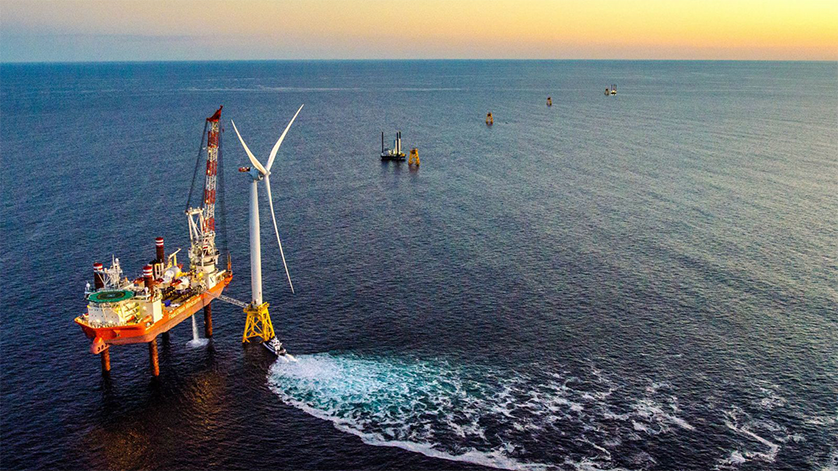 The following is an open letter from Liz Brudick, Executive Director, Business Network for Offshore Wind.

A lot has been written over the last few days about a Trump Administration and its possible impacts on renewable energy. The press reports about the Trump Administration range from devastating global climate change efforts to its inability to stop the energy revolution. I have been asked what I think will happen to offshore wind in the U.S. The simple answer is the US offshore wind industry will continue to move to commercial scale development. Why? Because costs are dropping, U.S. energy decisions are local and OSW enjoys bi-partisan support.

Amid the election news, came the fantastic, but overlooked news, of a further step in price reduction for offshore wind energy. In Denmark, Vattenfall won a tender that represents one of the lowest costs per MW hour for any offshore wind power project in the world, coming in at just €49.9/MWh equating to $55/MWh or 5.5¢ a KWh. In cost comparison, natural gas wholesale prices are at 3¢ a KWh. These amazing cost reductions in such a short time mean offshore wind energy is closer to be competitively viable with onshore wind, solar and fossil fuels. The Network looks forward to working with the new Administration to share these stories of cost reduction, technological advancement and job creation. Elections result in changes but the Network's economic message transcends partisan politics and we plan on continuing to work in a politically agnostic manner.

I understand European papers are touting that the U.S. elected the man, who tried to kill the offshore wind project in Scotland, but when you really examine the case don’t you agree it was more about the view from his golf course and not his ideology? Who would have thought Sen. Ted Kennedy would have opposed Cape Wind based on view shed issues? The reason I know that a Trump Administration will not try to stop offshore wind in the United States as he did in Scotland is because he can’t. Let’s put aside speculation and examine the facts.

• The absence of a ‘national energy policy’ has resulted in States creating the markets and policies for the U.S. renewable energy industry.

• States have always and will continue, even under this new Administration, to lead on climate change and renewable energy – the federal government can not repeal State Renewable Portfolio Standards (RPS) or any State renewable or offshore wind legislation. The Massachusetts Bill (the nation’s largest commitment to offshore wind energy, 1,600MW of electricity from OSW farms over 10 years) signed into law by a Republican Governor, cannot nor will it be repealed. Rhode Island will continue working towards expanding the number of offshore wind projects off its coast. The New York wind energy area will be leased before 2017 and it is likely that favorable incentives; falling offshore wind costs; high energy prices and demand will make offshore wind an attractive clean energy source to meet its 50% RPS by 2030. New Jersey’s offshore wind legislation remains intact even under Republican Governor Christie and in a post Christie era New Jersey will advance quickly. The same is true for Maryland, who is led by a Republican Governor, the MD Offshore Renewable Energy Credit legislation is still in effect and offshore wind activities continue. There is movement in Delaware. Virginia will require additional time to resolve the socializing of the cost but again this is a State level issue. By aggregating these states together, in reality, there is a possible 5GW east coast OSW pipeline.

• Promise continues on the West Coast: California will continue the BOEM stakeholder process and will now probably feel more inclined to embrace floating offshore wind and solidify their role as a national and world leader in the absence of federal leadership.

• The bottom line is progressive governors and state legislatures in blue coastal states will continue to lead the development of OSW. The only difference with President Elect Trump is that they won't have a federal partner as they would have if Clinton had won the presidency and continued the Obama Administration renewable energy friendly stance. See the Network’s State of the States Offshore Wind Deployment for updates.

• The BOEM leases will not be rescinded. Smart from the Start was created under Secretary Salazar, but again, the reality is that until Director Abigail Hopper went to BOEM, very little had been done at the federal level to support OSW. Director Hopper did change that. It was not until she took over the directorship that the White House convened the first and only summit on offshore wind - seven years into an Obama administration. To Director Hopper’s credit, she has put in place ‘achievements’ that cannot be undone; for example, the long term contracts for leased areas to be used by offshore wind developers.

• $40M is in the DOE budget to continue the U.S. Department of Energy demonstration projects and it is unlikely that this line item will be removed from the final FY2017 appropriations bill. This budget should be completed and signed into law before President Obama leaves office. 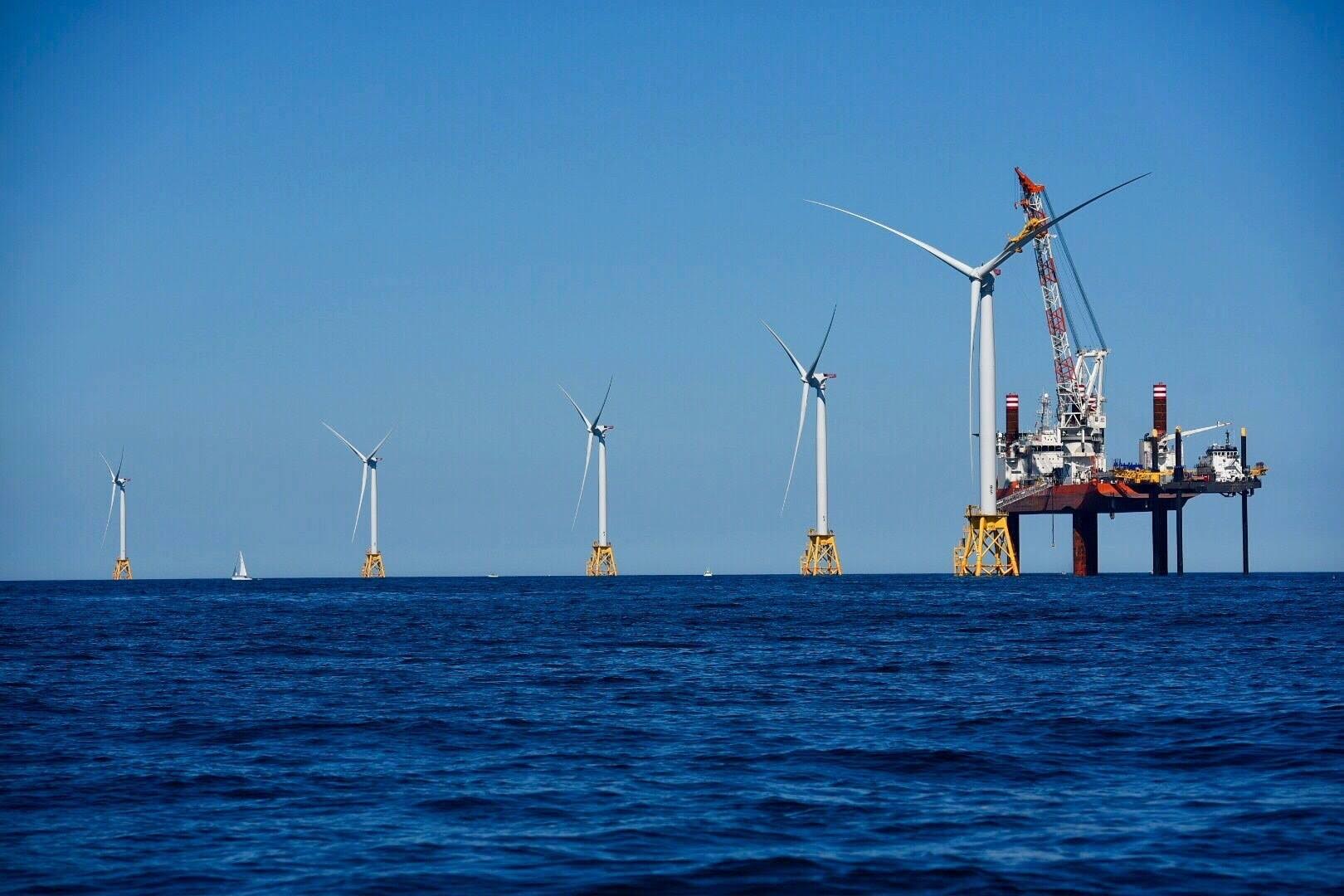 There is no doubt that a President Trump will be fossil fuel friendly. He may try to roll back the federal PTC and ITC tax credits but these are already being phased out and he will need Congressional approval to eliminate them. This will prove difficult as they enjoy bi-partisan support. He will more than likely make efforts to eliminate the Clean Power Plan, which has always been in jeopardy. However, changes have already started to be made at the state level so many state governments will assume the responsibilities and incorporate climate related changes into their laws.

We may see a slowdown in the BOEM permitting process, and a second round of offshore wind energy leases is likely to be delayed for the next two years. However, Republicans are generally for eliminating regulatory processes and barriers, so if a strong enough business case is made, we may not have to wait for the mid-term elections.

The other reality is the global market for renewable energy has dramatically changed over the last sixteen years since the U.S elected it’s the last Republican president. According to the Guardian, “The shift to a low-carbon economy already has its own momentum, however, with the cost of solar and wind power tumbling in recent years. Nearly 100 coal power plants were retired in 2015, with renewables accounting for two-thirds of all new electricity generation.” Another data point, “many large US power consumers have clearly demonstrated that, with or without their local utilities, they are moving towards a renewable future. As of September, 62 of the country’s largest corporations had indicated their energy priorities by endorsing the Corporate Renewable Energy Buyers Principles. Other large institutions such as universities and military bases are moving in that direction as well.” Furthermore, financial institutions are following similar patterns. Societe Generale, the French multinational banking and financial services company said in its announcement that it will stop dedicated coal financing and step up its commitment to renewable energies effective Jan. 1st, 2017.

So did November 8th, change the American landscape and the world? Yes, but for reasons that have little to do with renewable energy and offshore wind. On Nov 7th, there was an U.S. OSW industry consensus that ‘to be competitive, offshore wind costs need to keep falling and jobs must be created to gain support for U.S. commercial scale development offshore wind.’ That did not changed on Nov. 8th.

The Business Network has always touted the mantra that the priority driver for offshore wind must be economic development opportunities. I now see even stronger case for the Network and its economic message and work efforts to build the U.S. supply chain. President Elect Trump promised jobs, but lacks a specific ideology, other than an above all energy strategy. Historically, he has flipped from Democrat to Republican, leading me to believe he probably cares very little about what industries originate the jobs as long as they materialize. Here is the main silver lining for Business Network members, under Trump, there will be business tax incentives and a badly needed infrastructure policy that could help offshore wind solve the port problem.

One thing that remains clear: whoever was elected to the White House, the business case for offshore winds always needed to be made. Let’s unite, advance together, expand the network, become stronger and louder. Our goals remain unchanged: further drive down LCOE, build up the U.S. supply chain through partnering, exporting, and diversification and continue creating regional offshore wind markets.

The Business Network for Offshore Wind believes that the offshore wind sector and the need for a strong supply-chain is here to stay. We hope you will choose to continue to work alongside us and to bring commercial scale OSW development to the U.S. as we look forward to working with the new administration as the voice of the OSW business community.

I repeat the words I said during October’s International Offshore Wind Partnering Forum before the election: “your involvement is critical” and it remains true today.