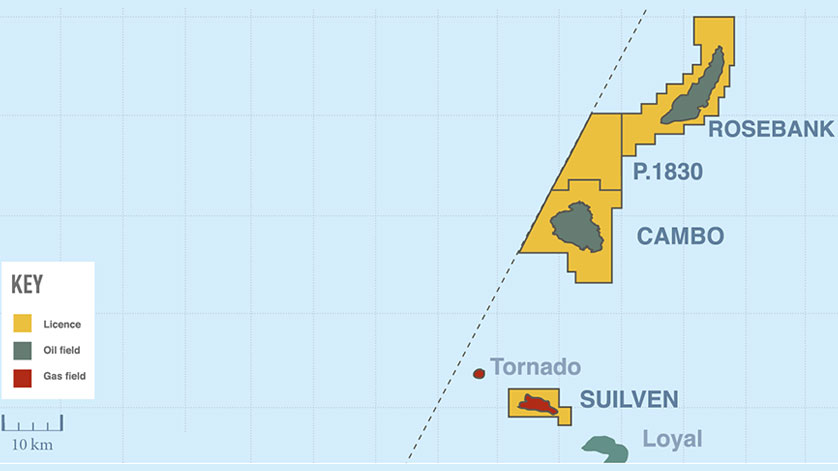 Ocean Installer has been awarded an agreement with Siccar Point Energy and Baker Hughes, a GE Company to support the appraisal and early production phases of the Cambo Project, with the ability to extend into the future developments.

“An alliance like this enables us to improve execution efficiency and risk mitigation through the creation of shared project objectives, and minimize tendering costs, with the ultimate objective of creating more efficient subsea solutions,” says Steinar Riise, CEO of Ocean Installer.

This is Ocean Installer’s first contract with Siccar Point, which has established itself as a key operator after acquiring OMV UK earlier this year. The field is located North-West of the Shetland Islands in the UK at a water depth of 1,100m, one of the deepest fields in Northern Europe yet to be developed. Over 100 million barrels of recoverable resources have already been discovered.

“We are delighted that Siccar Point has chosen to work with us. With several other upcoming projects in the pipeline, we hope this will be the first of many jobs we win with Siccar Point. We also look forward to working together on this project as part of a long-term collaboration with BHGE,” says Steinar Riise, CEO of Ocean Installer.

Phase 1 of the Cambo Field Development will be an early production system (EPS), followed by a Phase 2 full-field development. The project is scheduled to commence in 2018 and will be managed from the Ocean Installer Aberdeen office. The Construction Support Vessels Normand Vision and Normand Reach will be utilized for the offshore execution.