Norwegian Company to Separate Oil and Gas on the Seabed 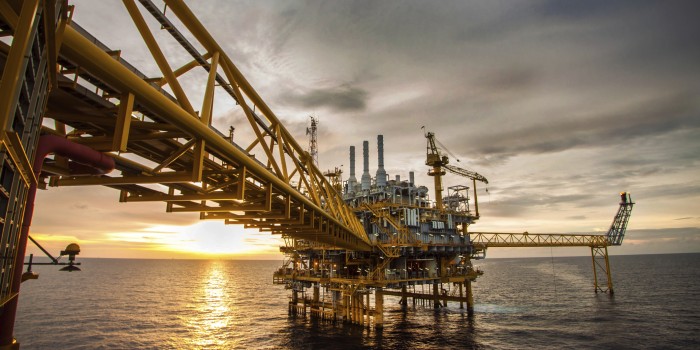 In simply raising water up to the deck and transporting chemicals down into a well, platforms on the Norwegian shelf use as much electrical energy as a large Norwegian town. A recently-established company has a more environmentally-friendly that may save millions of kroner.

When oil and gas arrive at a platform from a well on the seabed, they bring with them large volumes of water from the reservoir. The older a well is, the more water is produced.

The purpose of the platform is actually to separate the oil, gas and water before loading the oil onto a tanker. The gas is transported by pipeline.

“At present the separation process takes place in large tanks located on the platform deck. To get the well stream from the reservoir up to the tanks requires progressively more assistance from powerful pumps. This consumes electrical energy,” explains Asle Hovda, founder and Managing Director at the Norwegian company Seabed Separation to Gemini.

In close co-operation with SINTEF, Seabed Separation is developing equipment that can be installed on the seabed instead of the platform deck. The water will be separated there and either injected back into the reservoir or discharged, providing it is clean enough.

From the separator, the gas and oil are transported to the nearest platform for further processing. However, the water no longer accompanies the oil and gas flowing up to the platform deck.

According to SINTEF Petroleum Research, because the water no longer has to be lifted, the electrical energy saved every day amounts to 20 MWh, which is equivalent to 18 month’s consumption by an average Norwegian household.

The total daily saving for all the platforms on the continental shelf is equivalent to the energy consumption of about 100,000 houses, or a large Norwegian town.

• Based on the results of testing, SINTEF will assist in continued development of the separator.

• Because the system eliminates the need to transport the water in the well stream to the surface, expensive infrastructure can be dispensed with, saving considerable amounts of electricity.

• Consumption of chemicals is also reduced, especially of antifreeze solution, which is currently widely used on the shelf. This helps make the system both cost-effective and more environmentally friendly than conventional methods.

• According to Hovda the system will make it possible to develop new oil and gas fields more cost-effectively.

• Moreover, module-based technology enables adaptation of the separation system to changing requirements throughout the life of a field, thereby maintaining higher rates of production.

• The technology can also be installed at existing fields, both on fixed platforms, mobile production units, and on the seabed.

Testing is currently in progress at SINTEF’s Multiphase Flow Laboratory at Tiller, near Trondheim. So far the results are very promising. If everything goes according to plan, the new technology will be on the market in 2018.