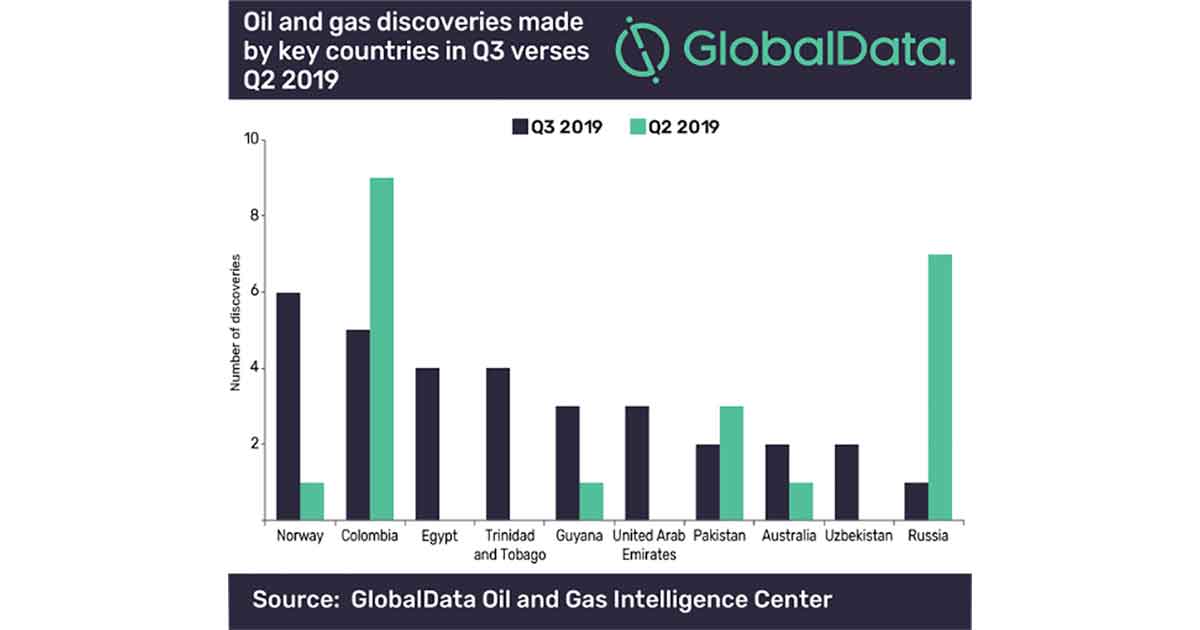 Of the 38 global oil and gas discoveries made in Q3 2019, six were located in Norway. This was followed by Colombia with five discoveries, Egypt and Trinidad with four each, and Guyana and the United Arab Emirates (UAE) with three each, according to GlobalData, a leading data and analytics company.

The company’s latest report, ‘Q3 2019 Global Oil and Gas Discoveries Review – South America and Europe Dominate with Highest Number of Discoveries in Quarter’, notes that 21 of the discoveries made in the quarter were conventional oil discoveries, while 15 were gas. The two remaining discoveries were heavy oil and Coalbed Methane (CBM), respectively.

By region, South America and Europe led Q3 with eight discoveries each, followed by Asia and Africa with five each. The Caribbean had four discoveries, while the Middle East and the Former Soviet Union (FSU) had three each.