New Opportunities for the Oil Industry at Lerwick Harbor 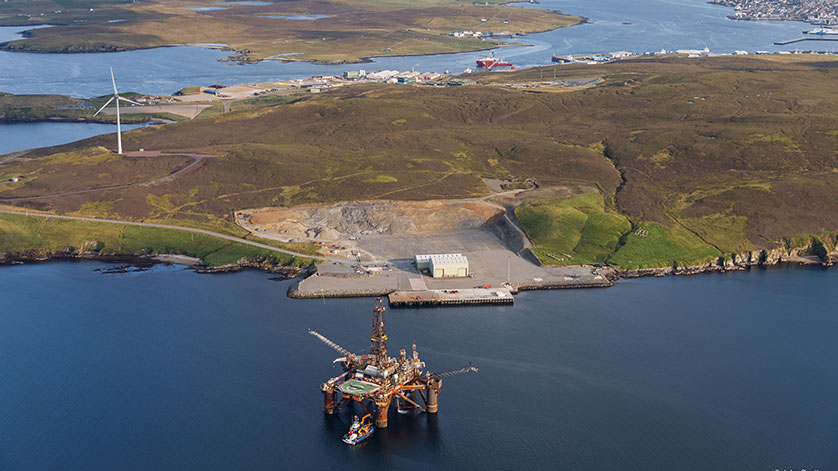 Representatives of the offshore oil and gas industry, Government agencies, port users and stakeholders will be given an on-the-spot insight into operations and opportunities at the expanded deep-water Dales Voe Base at Lerwick, Shetland, on Tuesday 29 August 2017.

Forming a backdrop to the visit was be the former Buchan Alpha floating production unit (FPU) which arrived in the Voe recently to be decommissioned under a contract awarded by Repsol Sinopec Resources UK to Veolia, in association with Peterson.

Sandra Laurenson said: “The port’s extensive experience, expanded capability, competiveness and, now, the presence of Buchan Alpha all reinforce our position as a leader in the emerging decommissioning market.

“As well as celebrating the investment recently made by the Port, we are already looking ahead to future requirements, with Lerwick being seen increasingly as the potential location for a UK ultra-deep-water decommissioning facility, to suit the largest semi-submersible crane vessels. It would allow us to compete with overseas locations, with significant benefits to Shetland, Scotland and the UK. Discussions are ongoing as to the terms and timing of such a major development.”

HIE’s Audrey MacIver said: “We are delighted to be here today to celebrate the success of the expanded Dales Voe facility. This is a culmination of a huge amount of work, involving Lerwick Port Authority, HIE, Scottish and UK Governments and the Oil and Gas Authority.

“It’s great to see Dales Voe competing successfully for contracts, such as the decommissioning of Buchan Alpha which itself is a tremendous success story. It demonstrates not only the quality of the facilities here, but also the capabilities of the supply chain companies and personnel.

“Our investment, along with support from partners, secures and enhances Shetland’s position to become a leading hub for decommissioning works in the North Sea. The location has been placed at the forefront of the sector in the UK and earned it the reputation and title of the UK’s onshore centre of excellence in decommissioning.”

Oil & Gas UK’s Deirdre Michie said: “The newly-extended Dales Voe port facility is an excellent example of insightful investment, supporting the competitiveness of the UK’s supply chain through a range of offshore activities, including exploration and production, as well as the steadily growing decommissioning sector.”

The dismantling and recycling of the Buchan FPU – the largest project in more than a decade of decommissioning at Lerwick – will be carried out at the Port Authority’s multi-user bases at Dales Voe and Greenhead.

Once deballasted, the FPU will be moved alongside Dales Voe Base, with its 12.5 meter water depth. The base has been expanded in an £11.95 million project by the Port Authority, with £2.39 million in funding from the Scottish Government and Highlands and Islands Enterprise, recognizing the strategic importance of the location, and with funding from Bank of Scotland.

The project added 75 meters to bring the quay to 127 meters, providing the offshore industry with the strongest quay in the UK, at 60 tonnes per square meterv, with unmatched capability and accepting the largest platform topsides using single lift technology. It also created an adjacent 45,000 square metres of lay-down space.