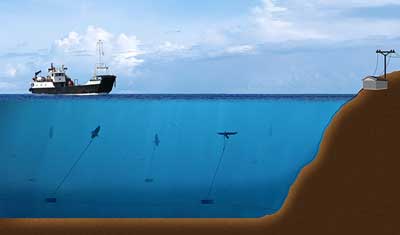 Minesto has together with German tidal turbine manufacturer SCHOTTEL HYDRO completed the turbine design of Minesto’s tidal power plant Deep Green. The Swedish marine energy company has now placed an order for a prototype of the turbine, with delivery in early 2017.

The order of the so-called Power Take Off system is the first result of the strategic technology partnership between Minesto and SCHOTTEL HYDRO, which began in December 2015. During 2016 and 2017, SCHOTTEL HYDRO will deliver a customized turbine solution which will optimally fit the requirements of Deep Green, Minesto’s tidal power plant.

“We are very pleased to have completed and verified the turbine design for Deep Green. Compared with the first generation Deep Green, the turbine's performance has been improved by about 10 percent. The partnership with SCHOTTEL HYDRO works perfectly fine, just as expected. It is important for us that they have taken overall responsibility for developing this important subsystem”, said Martin Edlund, CEO of Minesto.

The development of the turbine has, among other things, resulted in a larger rotor diameter. The rotor now has five blades instead of three. The design has been established and verified through model tests by German Schiffbau Versuchsanstalt in Potsdam.

Model scale tests reveal advantages
Martin Baldus, Technical Director at SCHOTTEL HYDRO, is very satisfied with the latest achievements in the project: “We completed the detailed design of the turbine and power conversion system for Deep Green. The model scale tests prove the turbines performance and cavitation behavior to be advantageous compared to previous designs. The integration of our scope of supply into the Minesto kite system works out very well.”
Enters the next design phase
The development of Deep Green now enters the next phase where the design of the full-scale system will be completed. At SCHOTTEL HYDRO the manufacturing of the prototype and the factory acceptance test will be tackled.

“In parallel with the final design we procure subsystems and components which will be assembled into a first full-scale demonstrator. It will then undergo final functionality testing. After that, we are ready to implement Deep Green in full scale on the offshore facility in Wales during 2017”, said Martin Edlund.