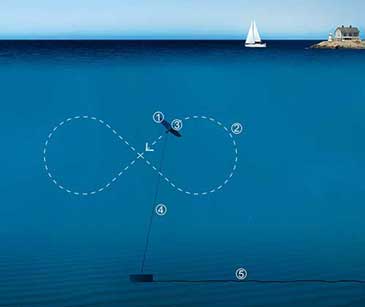 Minesto has entered into a supplier agreement with Subsea Riser Products (SRP), within which Minesto has ordered a modified version of SRP’s product Rocksteady for Minesto’s tidal energy power plant Deep Green. Delivery is scheduled for the first quarter of 2017.

SRP is an established player in the offshore industry with long experience of producing high-strength products for use in harsh environments. Minesto has now entered into a supplier agreement with SRP. Within the agreement Minesto has ordered a version of SRPs product Rocksteady, a bottom joint system dimensioned for Minesto’s needs. Delivery is scheduled for the first quarter of 2017.

The bottom joint functions as a locking mechanism between Deep Green's tether and the seabed foundation. Rocksteady has two features that makes it well suited as a bottom joint for Deep Green. First, it is relatively easily to connect and disconnect Rocksteady under water. The device is in two parts, where one part is integrated in the seabed foundation and the other to the tether. The two parts are joined together with an automatic locking device. This integration solution reduces the cost of installation, service and maintenance compared to other available solutions.

The ordered device will also contain an important subsea bearing which Deep Green requires. The bearing has full mobility while it will also cope with the high loads that occur when the subsea tidal kite moves in its eight-shaped track.

“With Rocksteady, we get a product that is fully offshore certified, built for a service life of at least 25 years, while the design of the system allows for cost-effective operation and maintenance. An important argument for why we chose Rocksteady is quality assurance. It has a proven performance and is verified in actual use”, said Dr. Martin Edlund, CEO of Minesto and continued:

“We have recently recruited expertise from the offshore sector that gives us valuable knowledge and experience in the further development of Deep Green. With our new supplier agreement with SRP, we have access to the same kind of skills also in the supply chain, which of course is positive.”