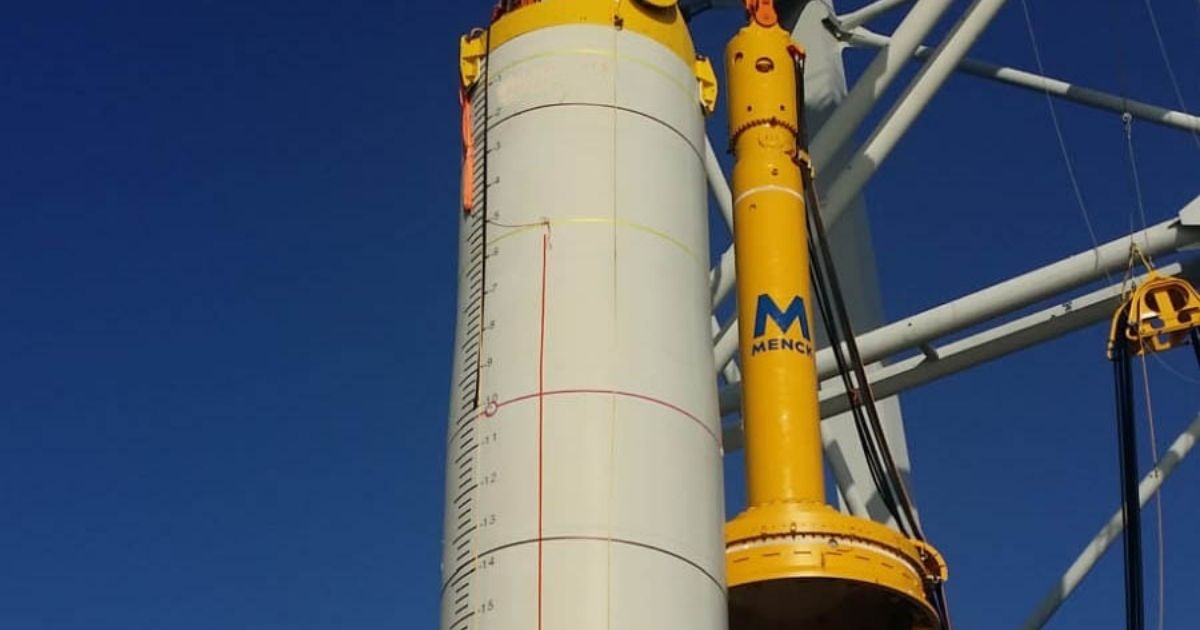 MENCK, the lead brand for the foundations and cables business segment within marine energy and infrastructure services company, Acteon, has signed a contract with Dutch marine contractor Van Oord to deliver the hammer spread for the installation of the Taranto offshore windfarm, Italy’s first.

The installation of 10 monopiles, each supporting a 3-MW turbine, will begin in Q3 2021 this year using the MPI Resolution and is expected to take 16 days. MENCK will supply one MHU 800S hydraulic hammer spread, including service technicians. The Taranto project is a milestone for offshore wind power in Italy and southern Europe in general. The 30-MW development will be Italy’s first offshore wind farm and the first to be built in the Mediterranean Sea. The project is being run by Italian company Renexia, which is developing other offshore wind projects around the world.

MENCK has previously worked with Van Oord on the Danish Kriegers Flak offshore wind farm, where the companies collaborated to install 72 monopiles in record time.
“The contract is another important step for MENCK as it supports Van Oord’s strategic projects,” says Nils Raab, MENCK Sales Manager. “After the success of Kriegers Flak, we appreciate the level of trust Van Oord has placed in MENCK by awarding us the monopile installation scope. The success of the hammer spread has been proven on previous projects and has achieved a reduction in project footprint through integration with the client’s vessel and reducing the number of people required for installations.”

“We look forward to working together again with MENCK on this first offshore wind farm in the Mediterranean,” adds Thijs Dikkers, Project Manager, Van Oord. “MENCK performed well in the recent project, making it a reliable partner.”