How Learning from Yacht Racing is Transforming Offshore Renewable 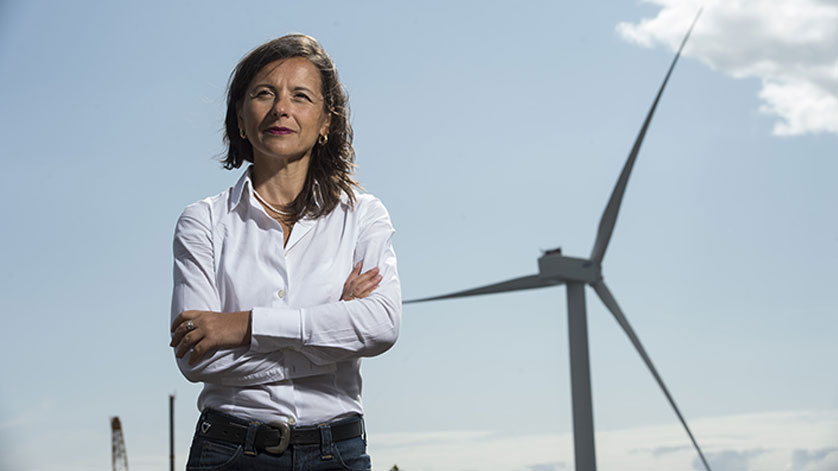 An Edinburgh-based company that specializes in designing some of the world’s fastest sails for racing yachts could help cut the price of offshore wind energy by nearly 9% - by designing an entirely new type of blade based on their winning designs.

Working with the Offshore Renewable Energy (ORE) Catapult, ACT Blade was able to demonstrate that their technology could make turbine blades that are 50% lighter and 30% stiffer than their fiberglass equivalents.

ACT Blade’s Dr. Sabrina Malpede started working on the concept after responding to an Innovation Challenge from ORE Catapult. She said: “For more than a decade my company SMAR Azure has been designing some of the fastest sails in the world, our innovations have helped yachts travel up to three times the speed of wind.

“As I didn’t have knowledge of the renewable energy sector and needed to qualify my theory with sector experts, I entered ORE Catapult’s Blades Innovation Challenge. ORE Catapult then led a study which identified a textile blade using our technology could be 50% lighter and 30% stiffer than a conventional fiberglass blade.

“From these insights we were able to create the ACT Blade, the world’s first textile blade, capable of capturing more energy than a fiberglass blade by covering a larger swept area, significantly increasing annual production.”

Early feasibility studies suggest the new textile design could generate a 9.7% increase in energy production and reduce the levelized cost of energy by 8.7% - making it the among the most exciting innovations in the history of renewable energy.

Vicky Coy, research and innovation project manager at ORE Catapult said: “This is just one example of how technology can be adapted from one sector to create something genuinely ground breaking in another industry.

“There are very few innovations in any field that deliver such a dramatic performance improvement with one fell swoop. This is a tremendous opportunity not just for ACT Blade, but for the UK to establish a new textile blade supply chain for the global marketplace.”

The Backing the Game Changers website is home to a series of films showcasing the work of UK SMEs and individuals who are making their mark on the offshore renewable energy sector.