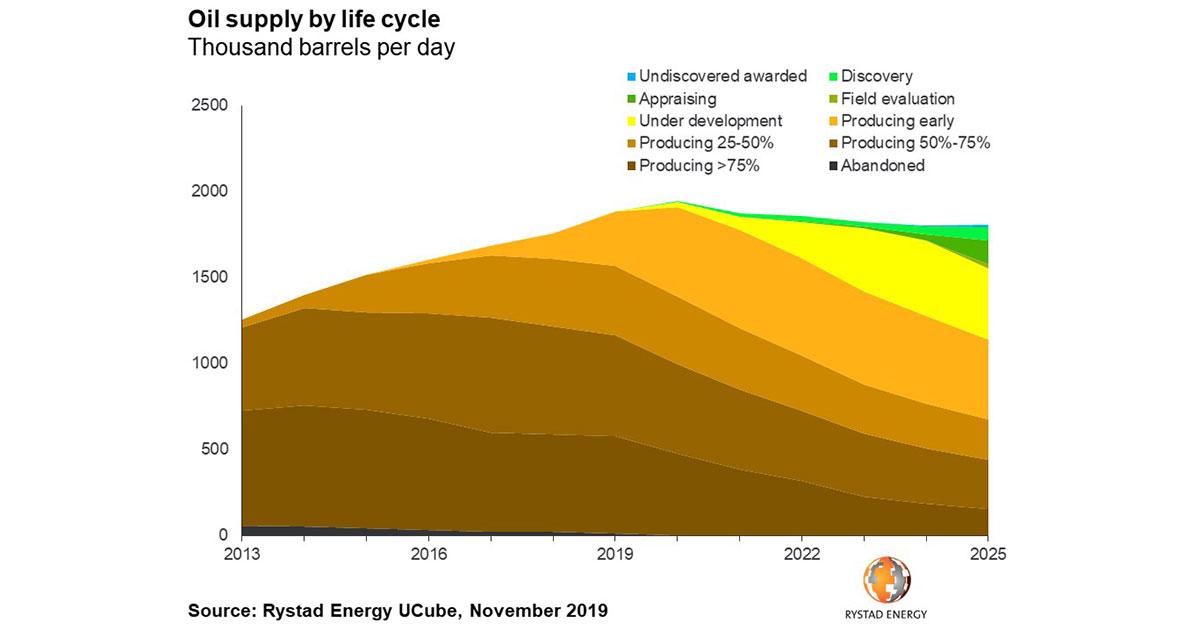 Despite massive cuts in investment the US Gulf of Mexico is set for another year of record oil production in 2020, according to Rystad Energy.

Most of the supply growth next year will come from deepwater projects, according to the independent energy research and consulting firm, headquartered in Oslo and with offices across the globe.

“2020 is expected to be another record year with average production above 1.9 million barrels per day,” says Joachim Milling Gregersen, an analyst on Rystad Energy’s upstream team. 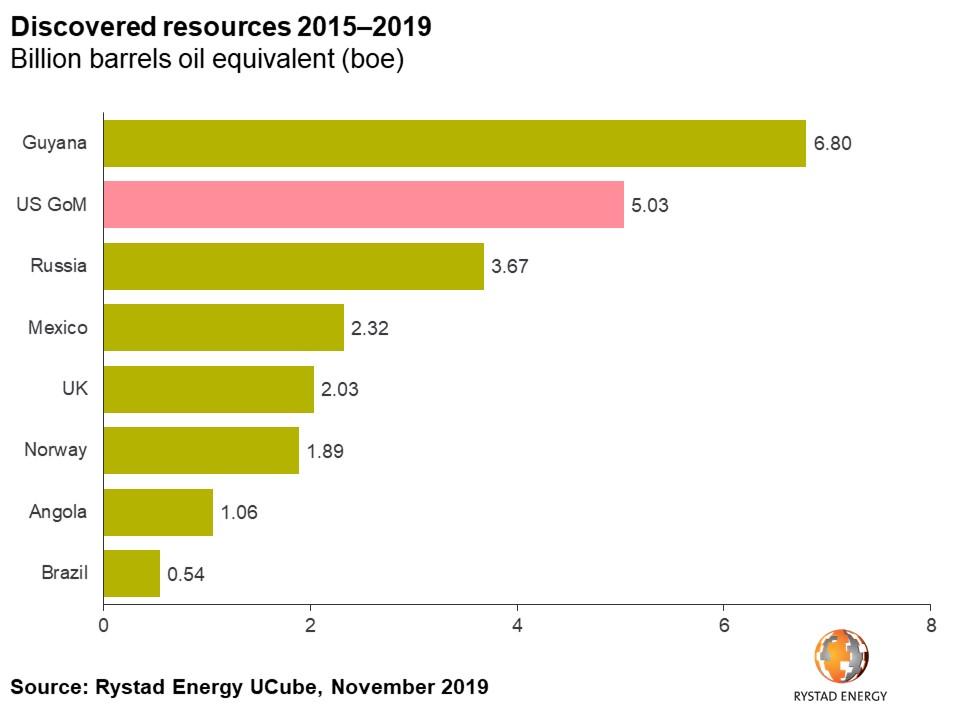 Oil production in the Gulf of Mexico has grown every year since 2013, with an average of 104,000 barrels per day added annually. An essential contribution has come from infill drilling in legacy producing fields such as Mars, Thunder Horse and Tahiti. The top contributors to supply growth in 2019 have so far been the Big Foot and Crosby fields. However, by the end of the year the Appomattox field is expected to make a significant impact by ramping up towards its processing capacity of 175,000 barrels of oil equivalent per day (boepd).

In terms of discoveries since 2015, the Gulf of Mexico has been the world’s second most prospective offshore region, trailing only Guyana. The collective resources discovered in the Gulf of Mexico over the past five years amount to 5.03 billion barrels of boe, with an estimated value of $1.9 billion.

“This is on the high end of the scale and relates to the frontier deepwater being less mature, providing opportunities for large discoveries. At the same time, infrastructure-led exploration (ILX) has contributed with more frequent, smaller discoveries that can be tied back to existing infrastructure,” Gregersen added. 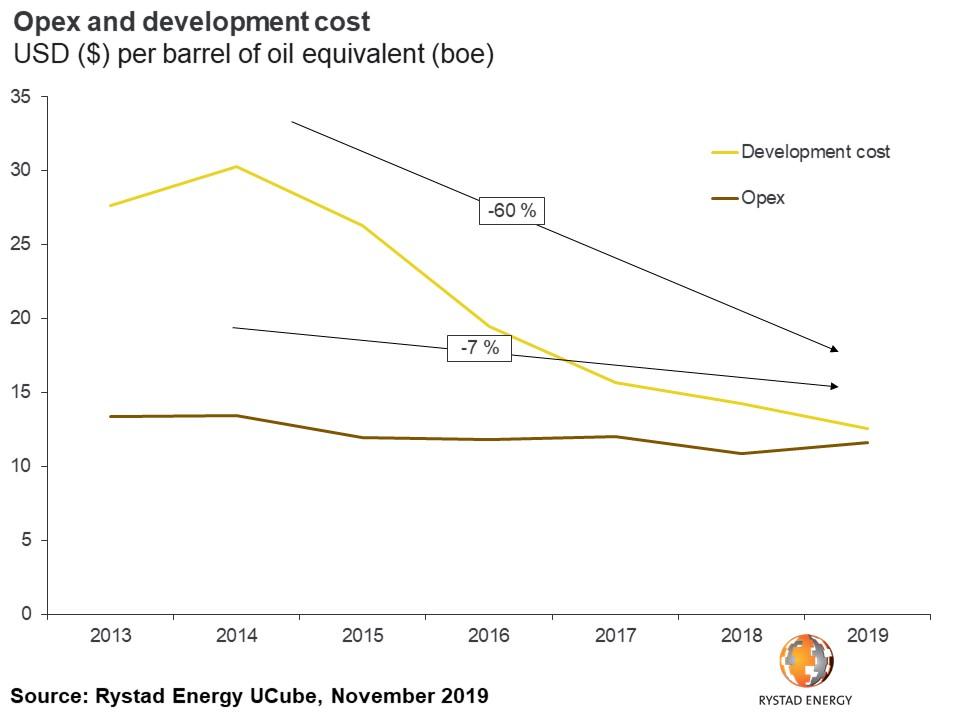 The strong production growth comes on the back of successive years of cost cutting in the Gulf. Total investments peaked at $30.2 billion in 2014. They currently stand at less than half of that amount in 2019 and are projected to grow to $17.7 billion by 2022. Since 2015, development costs have decreased by 60% whereas operational expenditures, or opex, are down 7% in the period.

“Downscaled developments have driven down costs in the Gulf of Mexico,” Gregersen remarked. “As cost-cutting has been essential for maintaining positive free cash flow in the low oil-price environment, we see that most of the cuts have been made on the development side. This has been done in part through downscaling of projects and a preference towards sanctioning tie-backs for the time being. Utilizing available topside capacity through field expansions and phased development has a positive impact on operational expenditures.”

Science-Driven Solutions to Gulf of Mexi