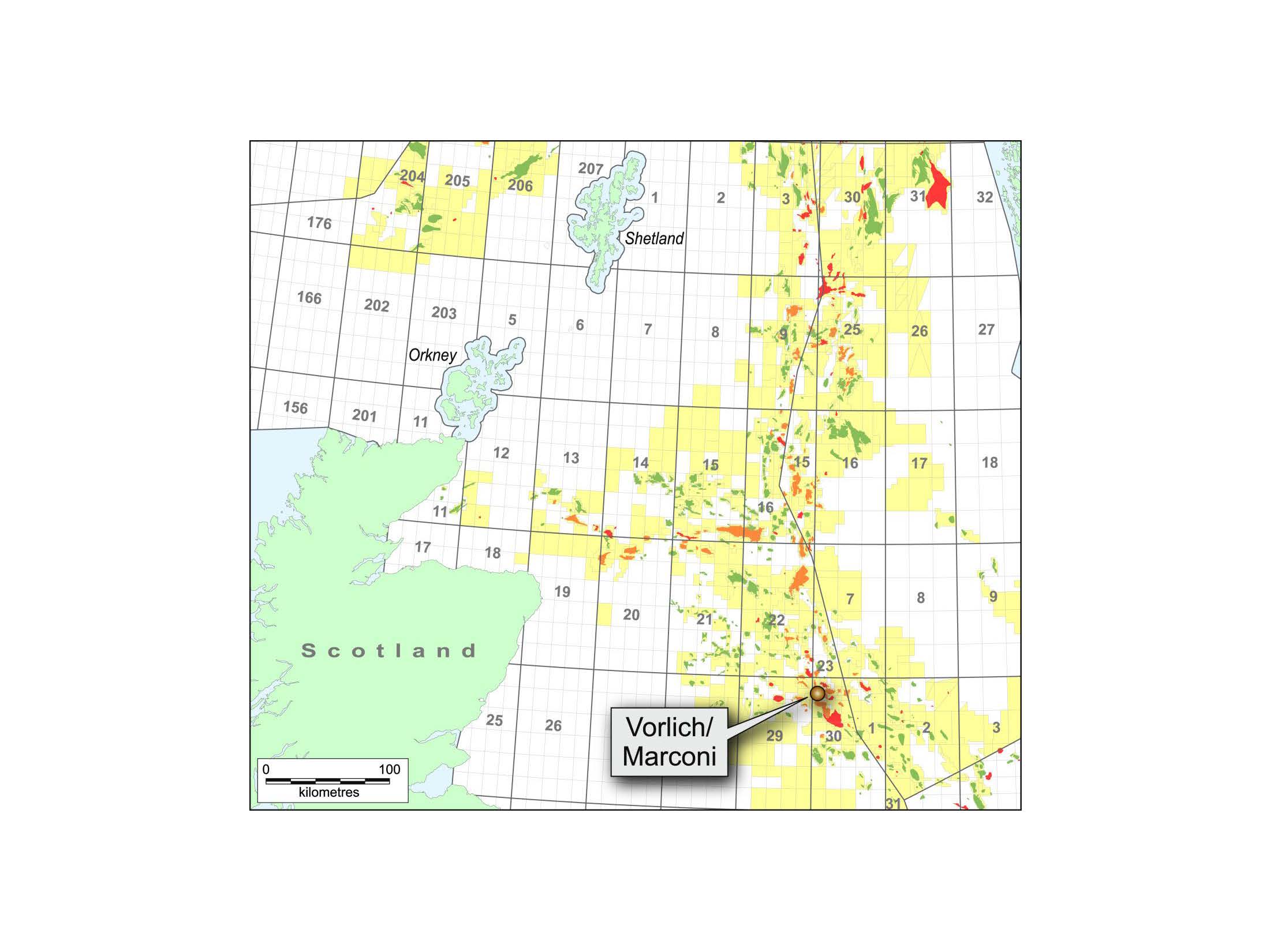 GDF SUEZ E&P UK Ltd and BP today announced a new exploration discovery in the UK Central North Sea. The discovery, which spans GDF SUEZ operated block 30/1f (licence P1588) and BP operated block 30/1c (licence P363) was flow tested at a maximum rate of 5,350 barrels of oil equivalent per day. The discovery, referred to as ‘Marconi’ by GDF SUEZ and ‘Vorlich’ by BP, is located in the Central North Sea.

Ruud Zoon, Managing Director of GDF SUEZ E&P UK Ltd said: “This is an encouraging exploration discovery in a part of the Central North Sea that needs additional volumes of hydrocarbons to open up development options for several stranded discoveries. The discovery is our third successful well this year and demonstrates a continuing commitment by GDF SUEZ to an active exploration and appraisal drilling programme on the UK Continental Shelf.”

Trevor Garlick, Regional President of BP North Sea said: “As BP marks its 50th year in the North Sea and as the industry looks to maximise economic recovery from the basin, increasing exploration activity and finding new ways to collaborate will be critical to realising remaining potential. This discovery is a great example of both.”

The well was drilled by GDF SUEZ E&P UK Ltd as operator, with the Transocean Galaxy II jack-up rig under a joint well agreement between the two licence groups.

Business and Energy Minister Matthew Hancock said: “We are determined to have set the right fiscal and regulatory regimes to make sure we can get the maximum possible economic extraction of oil and gas from the North Sea.”

“This discovery shows exactly what can be achieved in the North Sea if companies work together to maximise the considerable potential of remaining oil and gas reserves.”