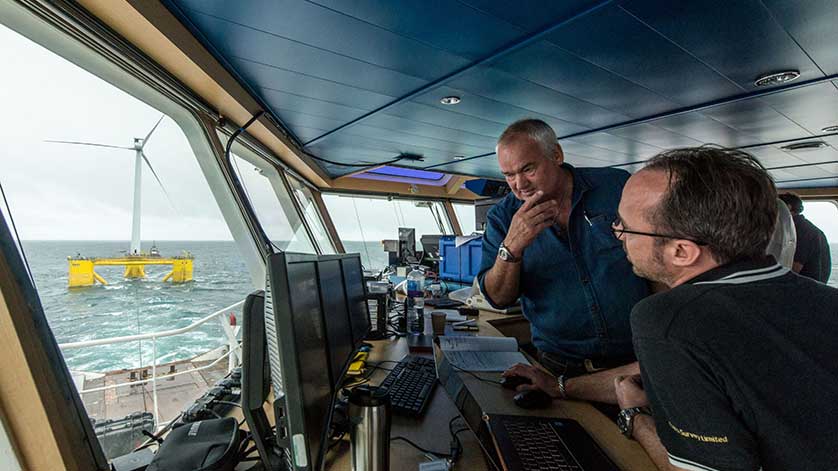 Power has started arriving on the coast of Scotland from what will be the world’s largest floating offshore wind farm.

Kincardine Offshore Windfarm Ltd (KOWL), which is majority owned by Spanish construction company Cobra, has confirmed that the first turbine started generating power off the coast of Kincardineshire on September 26. 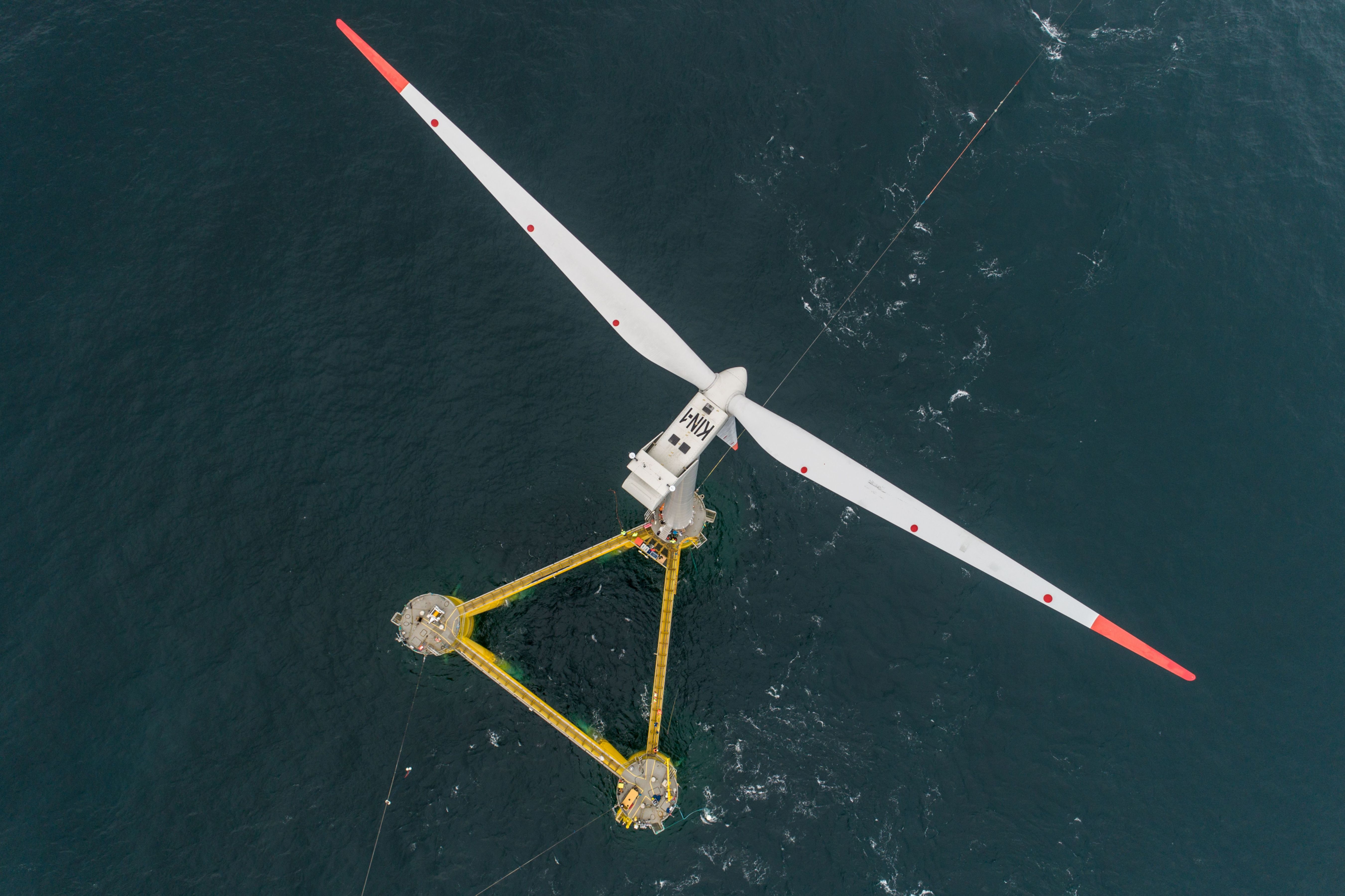 Assembled in Dundee before being moved and anchored in place, it is a watershed moment for the six turbine 50MW test and demonstration project. The remaining five turbines will be installed over the next two years.

“The lessons learnt from the project will allow us to create the next generation of floating projects globally, in deeper waters and further from shore.”

With first power achieved, KOWL has also completed the installation of a 17km cable to the mainland that will carry the electricity generated at the site.

Scottish Minister for Energy, Paul Wheelhouse, said: “I am delighted to support a project which demonstrates Scotland’s ability to harness its enormous offshore wind potential.

“Kincardine generating its first power to the National Grid represents a significant step forward for the project, which has been made possible by the introduction of the enhanced ROCs scheme by the Scottish Government in 2013.

“This innovative project brings with it significant potential for economic development, and I look forward to seeing the Scottish supply chain maximize the opportunity presented during the remainder of the program.”

Sian Wilson, Senior Development Manager at Crown Estate Scotland, said: “It is fantastic to see the Kincardine Offshore Windfarm Ltd floating technology deployed successfully and we would like to offer our congratulations to the team with whom we have worked closely.

“Offshore wind is fast becoming an accepted contributor to the UK energy mix and we believe floating wind innovation creates the opportunity to maximize the contribution to clean energy, and the wider value to Scotland.”