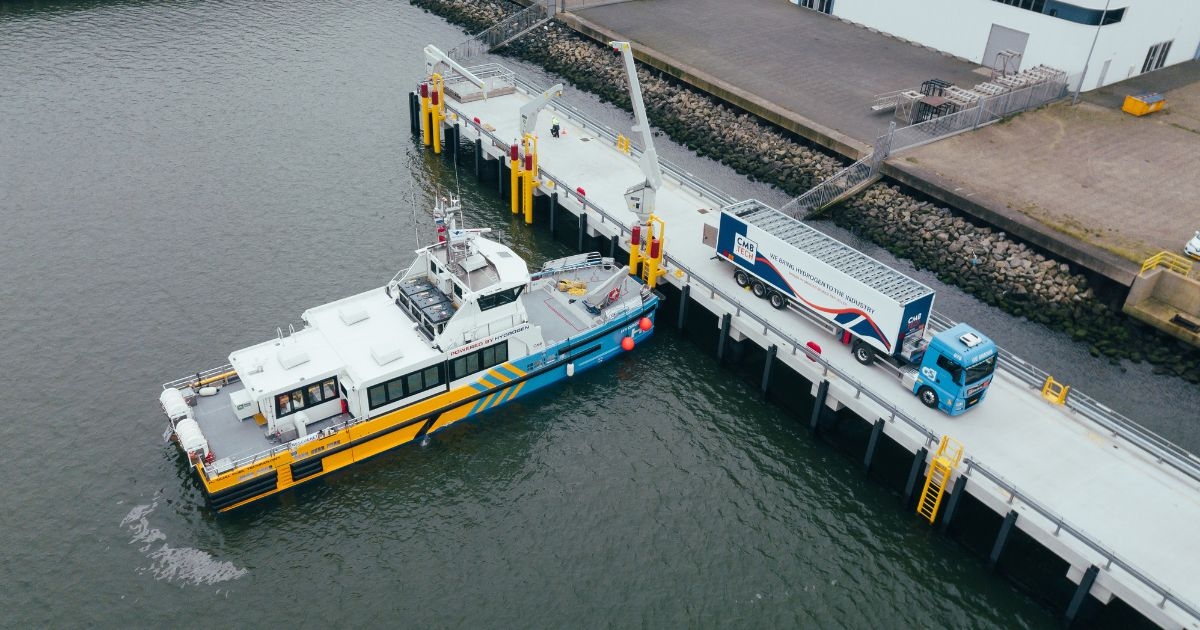 The first hydrogen bunkering license in the Netherlands has been granted within the port of IJmuiden, allowing Windcat Workboats to bunker the Hydrocat 48 with hydrogen in that port.

Increasing the sustainability of ports and shipping

Bunkering hydrogen for vessels is a major development in increasing the sustainability of the ports of IJmuiden and Amsterdam, as well as the wider shipping sector. Sailing on hydrogen contributes to the ambition of the Province of North Holland to be climate neutral by 2050. In collaboration with the IJmond Environmental Service, Port of IJmuiden NV and Port of Amsterdam, Windcat Workboats has researched the necessary elements to make bunkering hydrogen possible. The IJmond Environmental Service granted a license for the activity on behalf of Velsen Municipality.

“This license represents a major step in the possibility to use hydrogen as a fuel for vessels and increasing the sustainability of the sector,” says Willem van der Wel, managing director of Windcat Workboats. “As bunkering hydrogen for shipping is a new development, the licensing process was quite complex. With the first license now approved we expect the use of hydrogen as a green fuel to accelerate.”

The Hydrocat 48 is used to transport crew to and from offshore wind farms for construction and maintenance activities. The vessel sails from Ijmuiden, where the pilot for bunkering hydrogen in the port of IJmondhaven went smoothly. Now the vessel’s normal operational activities – the maintenance of 44 Vestas turbines for Belgian wind farm Norther – will be based out of the port of Oostende. Windcat Workboats aims to take more hydrogen-powered vessels into use in the future.

The North Sea is seen as a major location for the delivery of sustainable energy. A large part of the 21 GW in wind at sea planned for 2030 will be realised and maintained from the North Sea Canal region. Meeting this challenge will require space for port and quay infrastructure. In this framework, there are planned investments for preparing the infrastructure for wind farm production, installation and maintenance. Now that the vessels sailing to and from these wind farms can benefit from bunkering hydrogen, working on the transition will be made as clean as possible.