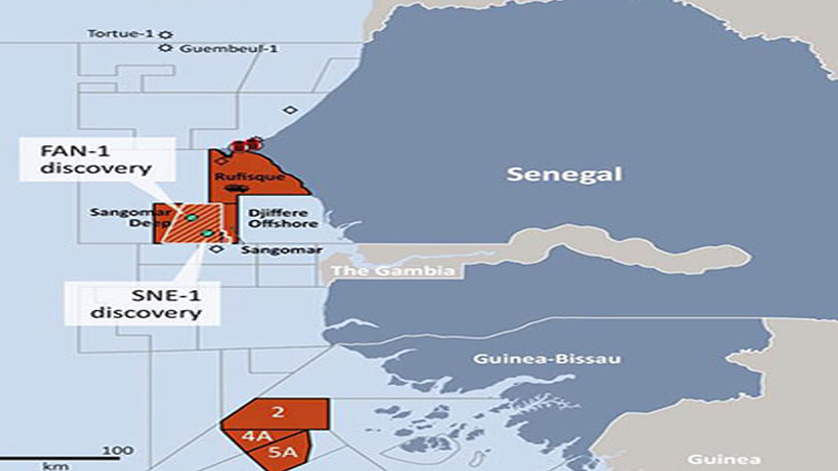 FAR Limited has identified over 1.5 billion barrels of undrilled oil prospectivity in its offshore Senegal acreage. The increase in undrilled prospective resources has resulted from the interpretation of new 3D seismic data acquired in 2015 that has been integrated with the previous 3D seismic and well data.

Of the 1,563 mmbbls mapped, 234 mmbbls are net to FAR who is a 15% participant in the Rufisque, Sangomar and Sangomar Deep (RSSD) joint venture. In addition to the undrilled prospects, the 2C recoverable resource in the SNE discovery is 641 mmbbls with 96 mmbbls net to FAR.

FAR Managing Director Cath Norman said, “The prospectivity of FAR’s offshore Senegal acreage is extremely exciting. We have approximately 7,500 square kilometers of area under license in Senegal and given success in our discoveries in the FAN-1 and SNE-1 wells and subsequent successful appraisal of the SNE oil field, we know we have a prolific working source rock, excellent reservoir development in the area and a good working seal. The new 3D seismic data has allowed us to get confidence in mapping traps along the extension of the SNE trend and also new plays and prospects in the acreage. We are currently drilling SNE-5, the fifth well to appraise the SNE oil field, which will be followed by SNE-6. Because of the relatively low cost of drilling in deepwater at present, our JV has negotiated additional optional drilling slots for the rig. It is likely that one of these exploration targets will be drilled following the current two well campaign, we look forward to keeping shareholders updated as the drilling program progresses. Several prospects are located within tie-back distance to a future SNE production hub. These prospects have the potential to deliver high value barrels, because they can be developed quickly and at relatively low cost as a subsea tie-back to SNE infrastructure.”

The prospective resource assessment completed by RISC and set out in its new Independent Resources Report highlights that FAR has, “a material and robust exploration portfolio, which we expect will be tested in coming years.”

FAR’s latest exploration prospect mapping is based on the re-interpretation of FAR’s existing high-quality 3D seismic data and new 2,400 km² 3D seismic acquired over the RSSD blocks in late 2015.

Four main Senegal exploration plays have been identified based on Shelf and Basin concepts:

ION Increases Ownership in OceanGeo to 1