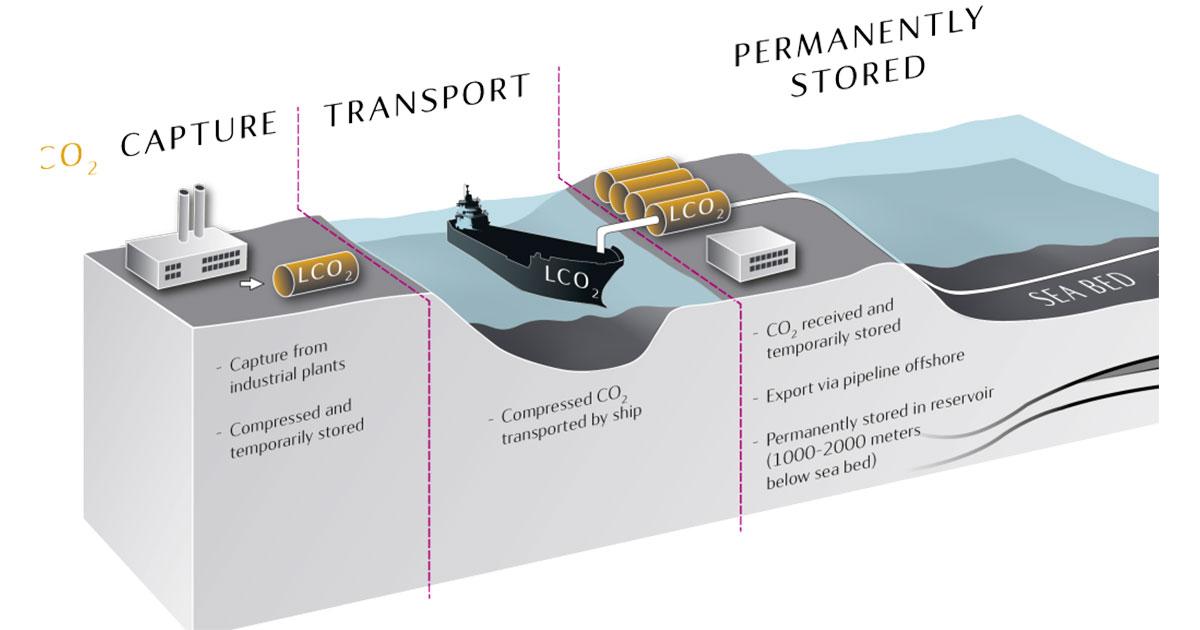 Equinor has, on behalf of the partners of the Northern Lights project, signed memoranda of understanding with seven European companies to develop value chains in carbon capture and storage.

Equinor, in cooperation with its partners Shell and Total, is studying the possibilities for developing a CO₂ storage on the Norwegian continental shelf (NCS).

The Northern Lights project includes transport, reception and permanent storage of CO₂ in a reservoir in the northern part of the North Sea. The storage project is part of the Norwegian State’s demonstration project «Full-scale CO₂ handling chain in Norway».

Memoranda of understanding have been signed with, Air Liquide, Arcelor Mittal, Ervia, Fortum Oyj, HeidelbergCement AG, Preem, and Stockholm Exergi. According to the agreements the parties will cooperate on possible CO₂ handling at relevant third-party’s premises and on transport to the Northern Lights project. The memoranda of understanding imply that the parties will:

“Carbon capture and storage will be vital to reach the global climate goals of the Paris Agreement. Sustainable carbon capture and storage projects can only be developed in cooperation between governments and companies. We are therefore very pleased that the Northern Lights partners and leading European companies are taking the first steps to realize a European CO₂ transport and storage system,” says Eldar Sætre, president and CEO of Equinor.

Final binding commercial agreements will depend on positive investment decisions for the Northern Lights project, the Norwegian State’s full-scale carbon capture and storage project and for third-party projects.

The partners are currently reducing costs and further developing the Northern Lights project aiming for an investment decision in 2020.

“We are also cooperating with the authorities to establish a commercial framework enabling us to pursue the project,” says Sverre Overå, project director for the Northern Lights project.

More than 150 people from Equinor, Total and Shell are currently involved in the Northern Lights project. At the end of 2019, the partnership plans to drill a confirmation well for CO₂ storage in the Johansen formation covered by the Aurora license (EL001) to study the reservoir’s suitability and capacity for CO₂ storage. Earlier this year the authorities decided to help fund the work on this well.