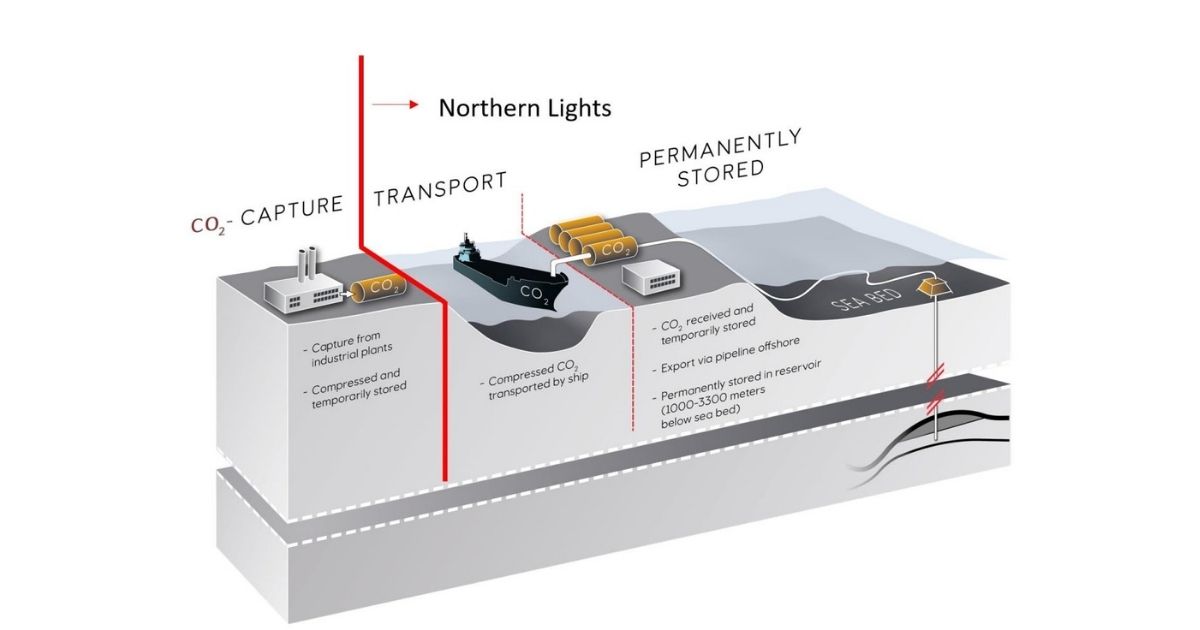 The Northern Lights project will disclose datasets from the confirmation well 31/5-7 Eos drilled in the North Sea and completed earlier this year. Extensive amounts of data have been acquired through coring, logging, sampling and a production test.

“The Northern Lights project believes data sharing can play an important role in building trust in the technology as well as unlocking value and innovation potential in the CCS industry”, says Sverre Overå, project director. 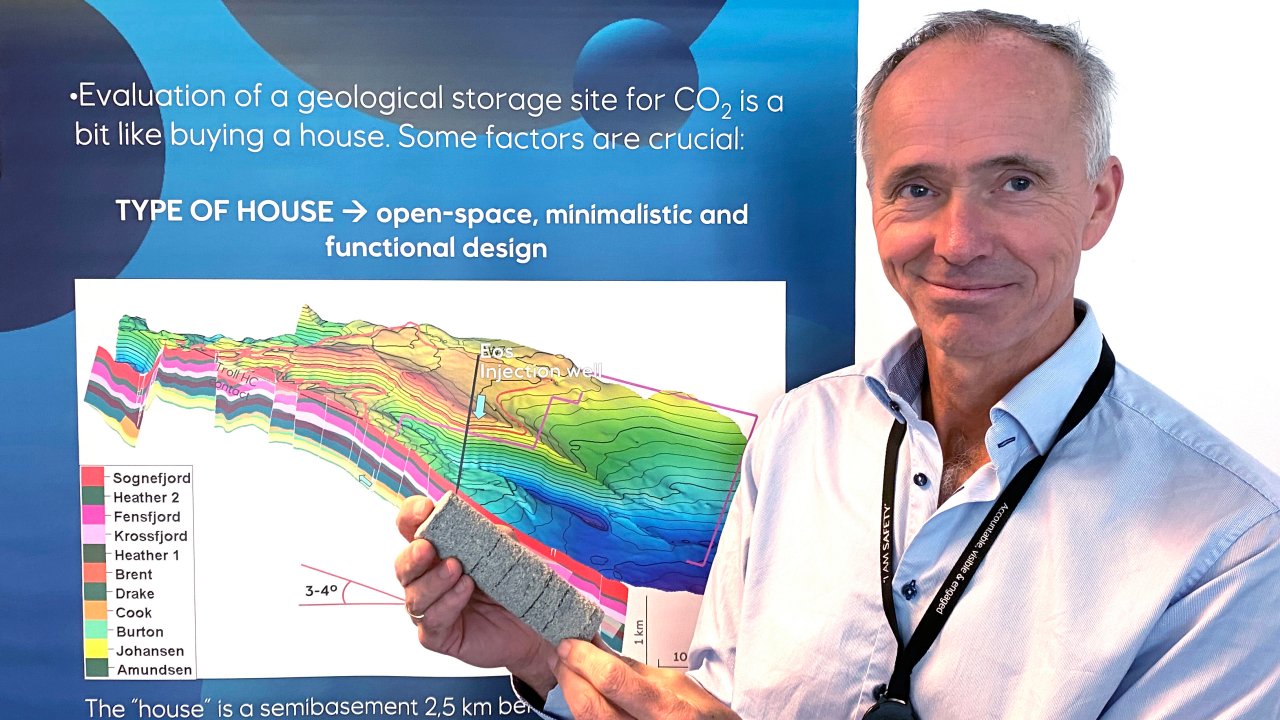 “Disclosing the Northern Lights dataset is in line with our focus on external collaboration and more open innovation. We believe open innovation will contribute to new ideas and new digital solutions enabling acceleration of decarbonization of the world’s energy systems. We encourage data sharing to support partners, suppliers and academia with the latest data and developments in the industry”, says Torbjørn Folgerø, chief digital officer at Equinor.

The data acquired from drilling well 31/5-7 confirmed a suitable reservoir for the storage of CO2. The gathered data will be made available via Equinor’s OMNIA platform. The released data discloses relevant subsurface data including well log data, core data and well test data. They can be used by interested parties for evaluation and research for the benefit of the emerging CCS business.

The dataset comprises approximately 850 files and more than 83 Gigabytes, and can be accessed through the Equinor data portal: 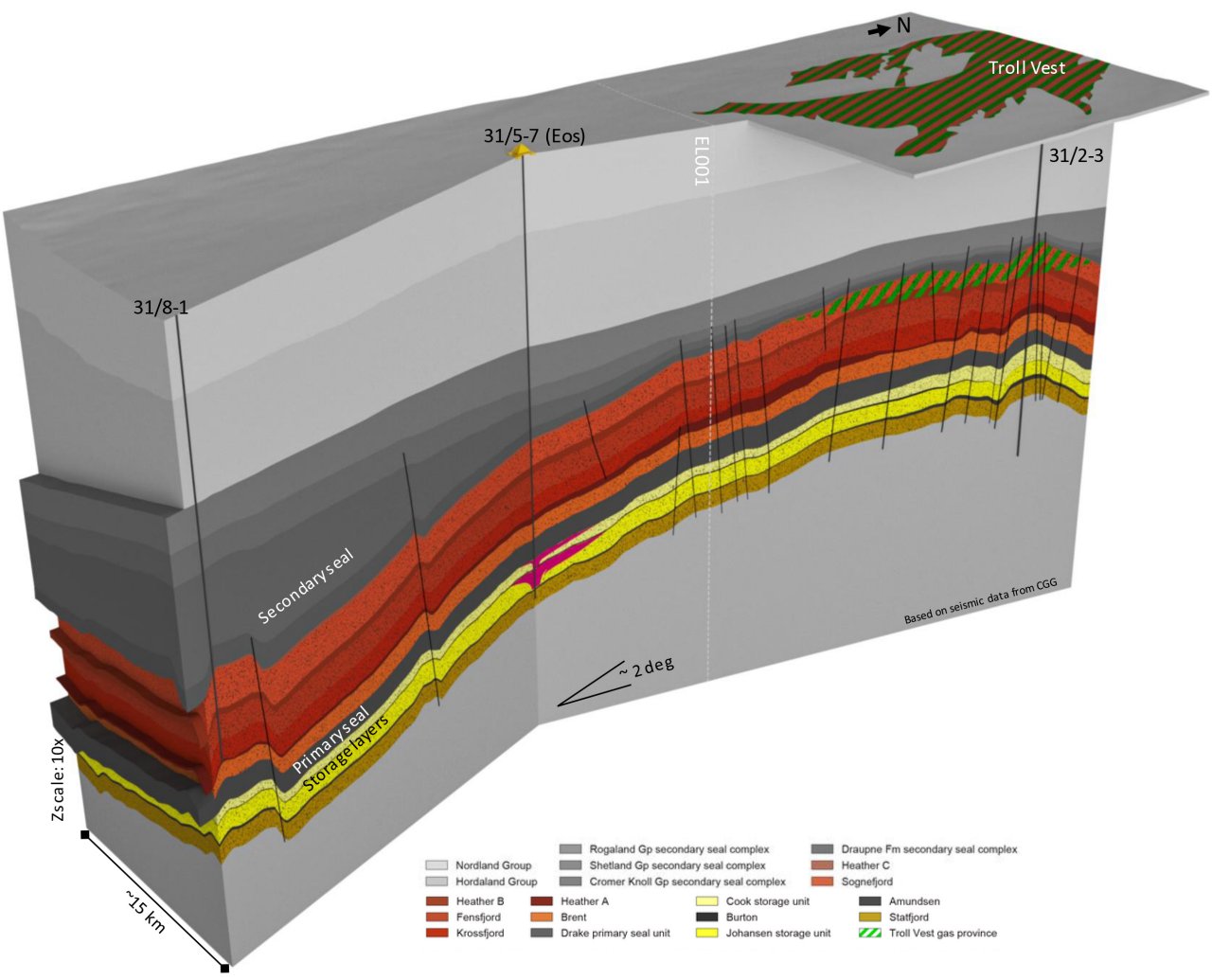 Schematic of the subsurface going from south to north through the 31/5 (Eos) CO2 confirmation well. The CO2 plume extent after 37.5 Mt injection is illustrated in magenta.

The Norwegian Full-Scale CCS project “Langskip” is the first industry scale project for capture and storage of CO2 on the Norwegian continental shelf.

The Eos well targeted the Dunlin Group Geological formation as the primary storage, where the sandstone-bearing Cook and Johansen formations both can serve as storage units for the injected CO2.

The cap rock consists of impermeable claystones called Drake Formation, which prevents the CO2 from migrating out of the Dunlin Group.