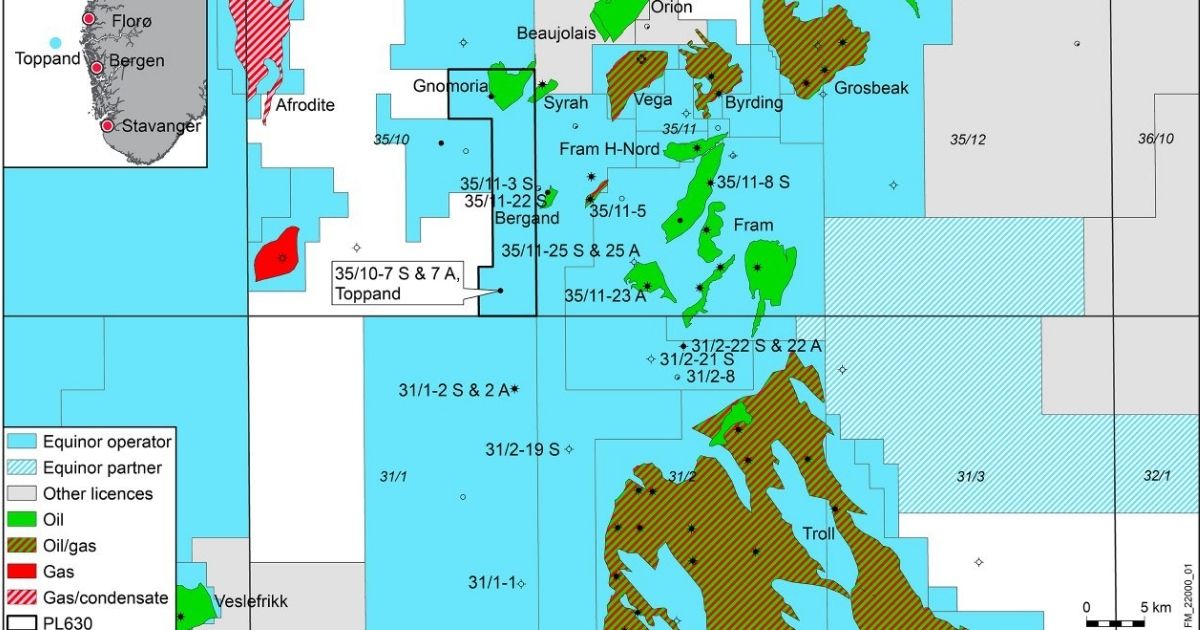 Equinor has, together with its partner Wellesley, discovered oil in the Troll and Fram area in exploration wells 35/10-7 S and 35/10-7 A in the Toppand prospect.

“Our exploration activity is central for our ambitions at the Norwegian continental shelf. We are pleased to see that our success in the Troll- and Fram area continues. We also regard this discovery to be commercially viable and will consider tying it to the Troll B or Troll C platform. Such discoveries close to existing infrastructure are characterized by high profitability, a short payback period and low CO2 emissions,” says Geir Sørtveit, senior vice president for exploration & production west operations.

After more than 50 years of exploration drilling, there is still much to learn about the NCS underground. Exploration wells provide important data for geologists and geophysicists, continuously developing insight and understanding which in turn form the basis for new exploration opportunities. In parallel new digital tools are introduced.

Several discoveries in the Troll and Fram area during the past few years demonstrate that even mature areas can be revitalized based on new information and modern exploration technology. Toppand is the fifth discovery in the area, and proven resources might exceed 300 million barrels of oil equivalent.

These wells are the second and third exploration well in production license 630. The license was awarded in the 2011 Award in Predefined Areas (APA).

The wells were drilled around 8 kilometers west of the Fram field and 140 kilometers northwest of Bergen.

Well 35/10-7 S encountered an oil column of around 75 meters in the lower part of the Ness formation and in the Etive formation. There were also traces of hydrocarbons in the shale and coal dominated upper part of the Brent Group. A total of around 68 meters of effective sandstone reservoir of good to very good reservoir quality was encountered in the Ness and Etive formations combined.

The Oseberg formation was around 48 meters thick and filled with water. It mainly consisted of sandstone of moderate reservoir quality. The oil/water contact was not proven in the well, but by aid of pressure data it is estimated to be located at around 3303 meters. Sandstone of moderate to poor reservoir quality was encountered in the Cook formation, but the reservoir was filled with water.

Exploration well 35/10-7 A encountered a 60-metre oil-filled sandstone-dominated interval in the lower part of the Ness formation and in the Etive formation. A total of around 67 meters of effective sandstone reservoir of good to moderate quality were encountered in the Ness and Etive formations combined.

The Oseberg formation was around 48 meters thick and mainly consisted of oil-filled sandstone of moderate reservoir quality. An oil/water contact was proven at around 3290 meters, accounting for a 30 m oil column.

Water depth in the area is 354 meters. The wells have been permanently plugged and abandoned. The wells were drilled by the West Hercules drilling rig, which has moved to drill exploration well 6407/9-13 in production license 1060 in the Norwegian Sea. Ownership interests in Toppand is 50% Equinor and 50% Wellesley.