Equinor and Partners Make Oil Discovery in the Barents Sea 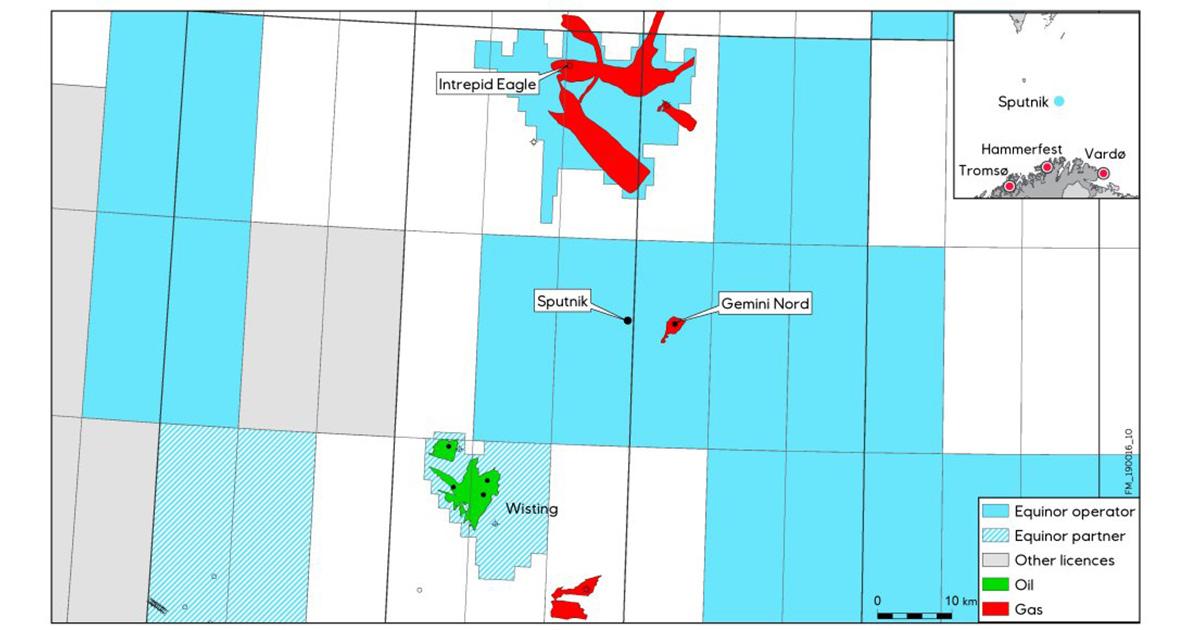 Equinor and partners OMV and Petoro have made an oil discovery in the Sputnik exploration well in the Barents Sea. Recoverable resources are preliminarily estimated at 20-65 million barrels of oil.

“We are encouraged by this result as it confirms the presence of oil north of the Wisting discovery, where Equinor has acquired a strong acreage position,” says Nick Ashton, Equinor’s senior vice president for exploration in Norway and the UK.

“The geology in the Barents Sea is complex, and more work lies ahead to determine commerciality. But this discovery shows that persistence and our ability to learn from previous well results does pay off,” says Ashton.

In 2017, Equinor’s Gemini Nord well resulted in a very small, uncommercial oil discovery in a reservoir channel system within the PL855 license. In 2018, a larger channel complex was targeted in the neighboring PL615 license, with the Intrepid Eagle well. This well proved a 200-meter gas column, but no oil. The Sputnik well, which is the second well in PL855, has proven oil in a large channel system.

“Detailed fluid analysis combined with geological and geophysical mapping will be carried out to fully understand the commercial potential of the Sputnik discovery. If confirmed that the structure comprises volumes that can be recovered in a commercially viable way, the partnership will assess possible development solutions,” Nick Ashton says.

The Sputnik well (7324/6-1) was drilled to a vertical depth of 1569 meters below the seabed by semi-submersible drilling rig West Hercules, which has now moved on to drill the Equinor operated Lanterna well in PL796 in the Norwegian Sea.